Department of Personnel and Training has issued a show-cause notice to former Bengal Chief Secretary, Alapan Bandyopadhyay, for not complying with the directive to report in New Delhi on May 31.

We begin, yet again, with some good news. The Covid figures released this morning showed 2,795 deaths in the last 24 hours. It is by far the lowest single-day rise in 34 days. The daily cases showed a further downward trend with 1.27 lakh new cases as opposed to yesterday’s tally of 1.52 lakh new cases.

However, the Covid-19 pandemic is not over yet and the trail of devastation it's leaving is beyond the usual realms of tragedy. According to an affidavit by the National Commission for Protection of Child Rights (NCPCR) filed before the Supreme Court today, 9,346 have either lost their parents or were abandoned in the pandemic since March 2020. The government has announced various schemes for the education and welfare of these children, NCPCR reported. The Education Minister, meanwhile, is himself indisposed. 61-year-old Ramesh Pokhriyal Nishank has been admitted with post-Covid complications, to the All India Institute of Medical Sciences (AIIMS) in Delhi. While we don’t know of any further details on the complications, what we do know is that the minister had contracted coronavirus on April 21. However, he had resumed office after his recovery. The complications seem to be recent as he was admitted to AIIMS this morning.

The virus doesn't discriminate between a minister and a commoner. So prudence lies in evading it. Stay at home and get vaccinated when your turn comes. Giving a thumbs up to the jabs, Rockefeller University in the US has released its latest study that says vaccination boosts the natural immunity in people infected with Covid and is likely to protect them from the emerging variants.

Speaking of emerging variants, the WHO has assigned labels to Covid variants. The variant first found in India — B.1.617.2 strain of SARS-CoV-2 — will now be referred to as the 'Delta' variant of Covid-19. The other strain (B.1.617.1) that was first found in India in October 2020 has been labelled 'Kappa'. Of course, these names have no scientific significance and are merely referential. If they sound Greek to you, that's because they are. WHO has said that Covid variant first found in India will be referred to as 'Delta'. (Representative photo: Getty Images)

Delta, our Word of the Day comes from Greek. In fact, it is the fourth letter of the Modern Greek alphabet that is denoted by Δ (uppercase) and δ (lower case). It is transliterated as the letter ‘d’ in the English alphabet. It is derived from the Phoenician word daleth which literally translates to "tent door" which was traditionally triangular in shape. Hence, the symbol for the alphabet.

Moving on from Covid to the other malady that our neighbour seems to have discovered in its population. This morning China's National Health Commission reported the first human case of bird flu strain H10N3 in the world. The 41-year-old man from Zhenjiang city is currently in stable condition, as reported by the state-run CGTN TV. Health authorities have played down the outbreak of bird flu, saying this case was a sporadic virus transmission from poultry to humans. The risk of causing a pandemic was extremely low, they added. Going by China’s track record of underplaying outbreaks, we better watch our backs and birds.

From physical health to mental health now. After Japanese tennis player Naomi Osaka withdrew from the French Open 2021 in a row about post-match media duties, top tennis players including Serena Williams and Coco Gauff, and other star athletes have rallied behind her. What is the row all about? It came after the women's world number two player said that she had been suffering from depression and anxiety, and decided to skip all press conferences at the French Open to protect her mental well-being. Naomi Osaka had cited mental health concerns for not interacting with media at Roland Garros this year. (File photo: Reuters)

In a completely apathetic move, the board of Grand Slams fined her USD 15,000 and threatened to expel her from French Open. Osaka decided she had had enough and herself withdrew from the tournament saying that it would be “the best thing for the tournament”.

The loss is bigger for the sports fraternity than Osaka. High time that the authorities and the world, in general, accepted that mental health issues are real. But that hope of acceptance seems to be an ever-eluding distant dream.

While that is with the politics of world sports, the politics of Bengal is ever-evolving. CM Didi appointed the outgoing Chief Secretary Alapan Bandyopadhyay as the special advisor to the West Bengal Chief Minister yesterday. However, the Centre wasn’t too happy about it. This showed when the Department of Personnel and Training (DoPT) issued a show-cause notice to Bandyopadhyay. Incidentally, the DoPT functions under the Ministry of Personnel and Public Grievances, a portfolio under the charge of the Prime Minister. (You can read a detailed explainer on why Mamata Banerjee is fighting with the Centre for Alapan Bandyopadhyay here).

In more Bengal-related news, the President of India has re-nominated Swapan Dasgupta to Rajya Sabha today. The seat had been vacant since Dasgupta resigned to contest the West Bengal Assembly Elections from the Tarakeswar constituency. However, he lost the seat.

Today happens to be the birth anniversary of one of the most talented actors the Indian screen has ever seen — Nargis. That she was an indomitable actress who sealed her place in the annals of Indian cinema is something everyone knows. Also what people know is her commitment to her family. At the helm of her career, she quit acting to make more time for her children and husband. 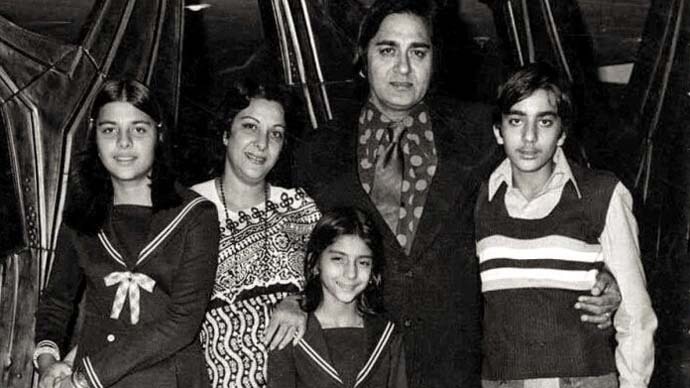 What you may not know, however, is the extent of her commitment. The leading lady of Hindi cinema was one of the most sought after stars when she married Sunil Dutt, who was relatively an underling when they married. But the couple never let ego shake their marriage, as has been quoted by their children in many interviews. Theirs was a marriage that set many couple goals. 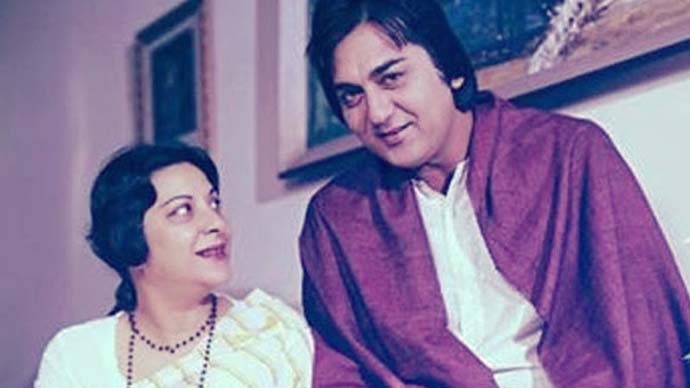 So much so, that when Sunil Dutt started producing films, they tanked at the box office. It was to be expected, as Dutt Senior was a man who made films from the heart rather than with the intent of pulling money. And despite her stardom that assured financial success in her times, Nargis apparently never created a fuss over the money crunch in her household. Her younger daughter Namrata Dutt has been quoted in reports saying, “There was a time when mom had to break her piggy bank to meet the expenses.”

As we remember the iconic star on her birth anniversary, we recommend you watch her swansong Raat Aur Din. Here is one of the most memorable numbers from the film.

On that note, we say bye for now. See you tomorrow.

Also Read: Why sometimes the village doctor must be the witch doctor

#Nargis, #Delta variant, #Naomi osaka, #Alapan bandyopadhyay
The views and opinions expressed in this article are those of the authors and do not necessarily reflect the official policy or position of DailyO.in or the India Today Group. The writers are solely responsible for any claims arising out of the contents of this article.