The Covid Survivors: How they beat fear, stigma and the disease itself

India Today Editor-in-Chief talks about the stories of hope and survival of those who survived Covid-19, in the June 22, 2020 edition of the India Today Magazine.

These days, we are constantly being bombarded with all kinds of grim statistics from across the world and India. The overwhelming narrative of the Covid-19 pandemic has been one of fear, the fear of infection and the fear of dying. This is not an irrational sentiment. The pandemic has so far swirled across the globe, infecting close to 7.5 million people, claiming 419,000 lives and, so far, defying worldwide attempts to find a cure or a vaccine. On June 6, India crossed Spain’s tally of Covid-afflicted citizens and took the fifth spot in the hierarchy of countries with the most confirmed cases. As we gradually begin exiting a 70-day nationwide lockdown, the number of cases continues to rise. Worryingly, our two largest metros, Delhi and Mumbai, are the epicentres of this surge, with hospitals in both cities running the risk of being overwhelmed by new cases. This week, the chief minister of Delhi announced terrifying projections of the spread of the virus. He said that by the end of July, there will be 550,000 cases in Delhi alone. Mumbai will probably be worse. This does not bode well for us, and it may not be long before we top the list of Covid-hit countries in terms of total cases.

Even though community transmission hasn’t been officially announced, it is clear that we are past the point of eradicating or even containing the infection. Worryingly, even as the nationwide lockdown is slowly being lifted to prevent a complete collapse of the economy, the infections have yet to peak. Currently, around 5 of every 100 individuals tested in India are positive, a rate that is lower than the 9.4 per cent of the US but more than double that of South Korea (2.3 per cent). However, health experts caution that it isn’t the rise in infections that should be of concern. Instead, we must keep the death figures low till we reach herd immunity or find a treatment or vaccine. 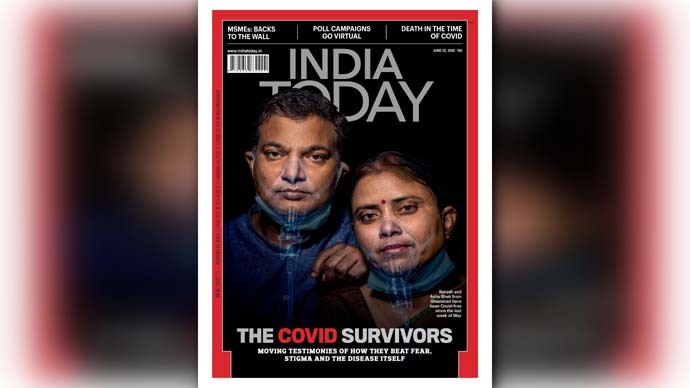 One heartening aspect of the pandemic in India has been the low fatality rate. Since the time Covid-19 was declared a pandemic, just 8,102 Indians have died compared to some 34,114 Italians as on June 11. India’s case fatality rate is just 2.8 per cent compared to Italy’s 7.2 per cent and the global average of 5.8 per cent. Of the 286,578 persons infected, 141,028 have recovered, a recovery rate of 49.2 per cent, as on June 11. Many more Indians, it can now be safely said, die because of other common ailments like tuberculosis, malaria and diarrhoea.

The reasons for India’s low fatality rate in Covid-19 cases are yet to be fully understood, but there are several unproven theories doing the rounds. Among these are the hypotheses that we have an advantage because we are routinely exposed to so many viruses that we acquire enhanced immunity, as well as the fact that a large section of the population has been vaccinated for other diseases. The most credible explanation is that we have a young population, more than half the people are under the age of 25. The estimated median age in India in 2020 is just 28 compared to 38 in China and the US. Another silver lining is that for the first time since the Covid-19 outbreak began, the number of recoveries (141,028) has started exceeding the number of active cases (137,448).

The story of Covid-19 in India thus is one of hope and survival. Our cover story, ‘The Covid Survivors’, our 13th consecutive cover on the pandemic, looks at this aspect. Our bureaus across the country brought in some remarkable stories of people who came back from the brink. It has been a tremendous personal journey for all of them as they tapped into their inner reserves of strength and leaned on their families for support while enduring the worst, of the disease, the lack of access to healthcare and even of social ostracisation. Like the doctor in Mumbai whose family faced WhatsApp harassment after he was infected in the line of duty, the nurse from Kolkata who contracted the virus because her hospital didn’t have enough PPE and the heartrending story of the homemaker from Rajasthan who was informed that her newborn baby, like her, was Covid-positive.

Their stories also hold out lessons for all of us, that we need to be careful, but we cannot afford to be complacent. A cabinet minister from Maharashtra, who underwent a life-threatening experience, frankly admits he was negligent. The overarching story, as an NRI and tech start-up entrepreneur diagnosed with Covid-19, told us, is that “a crisis does not make us, it reveals what we are made of”. His UK-based firm launched an AI-based chatbot to diagnose Covid symptoms even as the techie himself underwent treatment in Hyderabad. I am sure there are many such stories of survivors who had to brave the disease and our rickety health infrastructure, but there are also tales of heroism and sacrifice.

As the pandemic continues to rage around us, the overwhelming consensus is that we will have to learn to live with the disease. As the great American President Franklin D Roosevelt said during the Great Depression of the 1930s: “We have nothing to fear but fear itself.” Let not fear overcome you. Be careful. Be safe. Let these stories of hope inspire you.

(India Today Editor-in-Chief's note for the cover story, The Covid Survivors, for June 22, 2020)

#India today magazine, #Covid survivors, #Coronavirus in india, #Covid19
The views and opinions expressed in this article are those of the authors and do not necessarily reflect the official policy or position of DailyO.in or the India Today Group. The writers are solely responsible for any claims arising out of the contents of this article.