Is Russia's coronavirus vaccine Sputnik-V a silver cloud with a dark lining?

Russia claims to have aced the vax-race to fight Covid-19. But medical experts are fraught with scepticism and misgivings over the testing process.

USSR’s (or you could say Russia’s) moment of glory in history was the launch of Sputnik-I — the first artificial satellite — in 1957, acing the Cold War space race. And now, 63 years thence, Russia is heralding another Sputnik moment — they claim to have aced the race for the Covid vaccine, and it is named Sputnik-V. The formula was developed by the Gamaleya Institute, Moscow, in collaboration with the Russian Defence Ministry.

In a televised video conference with Russian ministers on Tuesday, President Vladimir Putin said, "This morning, for the first time in the world, a vaccine against the new coronavirus was registered" in Russia, and that one of his daughters has already been inoculated and is feeling well. He went on to add that his government has approved the vaccine and will start inoculating teachers and medical workers this month, before embarking on a mass vaccination effort in the fall.

“I know that it works quite effectively, forms strong immunity, and I repeat, it has passed all the needed checks,” he said. 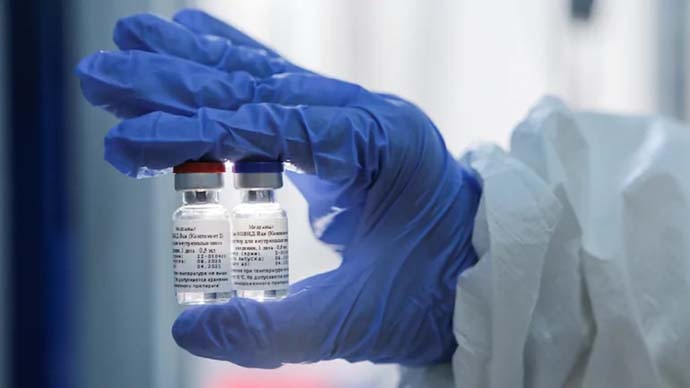 Russians claim to have aced the race for the Covid vaccine, and it is named Sputnik-V. (Photo: Reuters)

Russia has gotten ahead of itself and claimed a breakthrough in the global vaccine race even before completing the final stage of testing. And epidemiologists, medical experts and the WHO believe that this move can put people at risk.

Sputnik-V has not cleared the Phase 3 trial, which determines whether the vaccine has any harmful side-effects. This stage is considered a critical benchmark in determining the safety and efficacy of any vaccine.

To put this in perspective, Phase 1 of the vaccine-testing involves small groups of people receiving the trial vaccine. Phase 2 is when hundreds of people are given the vaccine to determine the dose. And Phase 3 is when thousands of people are tested for any possible side-effects.

And it is in this final and crucial stage where Sputnik-V lags. Russia says that Phase 3 is being carried out simultaneously. The question then arises: how has the vaccine been given regulatory approval and cleared for mass use in the country? In fact, Russia has gone so far to claim that it has already received requests from more than 20 countries for one billion doses of the vaccine. And according to the Russian Health Minister, the mass production of the vaccine will begin by October 2020.

According to the World Economic Forum (WEF),  a vaccine can take more than 10 years to fully develop and costs up to USD 500 million. And ever since China publicly released (in January) the genetic code for the coronavirus — or to use its precise name, SARS-CoV-2 virus — there has been a mad scramble between countries, pharma companies and academic institutions across the world, each vying to be the first one to develop the vaccine. For eradicating Covid-19 from the world, the requirement would be to distribute anywhere between 7 to 19 billion vaccine doses. And since waiting for 10 years is not the kind of time the world has, the countries have fast-tracked the process of developing the vaccine.

The World Health Organization estimates that there are 28 candidate vaccines in clinical evaluation, or various stages of human trials, as of August 10, 2020. Another 139 candidate vaccines are in pre-clinical evaluation, meaning that they are still being tested on animals to see if they can be safely injected in humans. The WHO further mandates that the individuals/firms/countries working on developing the vaccine to publish the position papers that will be peer-reviewed. Russia has not adhered to this norm either. In fact, it was less than a month ago, on July 13, 2020, that the reports started coming out about Russia claiming their two-part Phase 1 trial of the vaccine being successful. The medical fraternity, and the world in general, is now raising questions over whether Putin is putting Russian national prestige before science and human safety, considering the speed at which Russia is moving to roll out the vaccine.

Before you brush off the “safety” aspect, consider this: India is among 20 countries which have expressed interest in obtaining it. Yes, you read that right.

The clinical trials will be held in 20 different countries, including Saudi Arabia, UAE, Brazil and the Philippines, besides India. And India’s Serum Institute, Panacea Biotech, Shanta Biotech and Biological E Limited are in line for taking up manufacturing orders if the vaccine works. Covaxin has shown promising results in the preliminary results from the human clinical trials.

However, Indian medical experts are sceptical. According to a report by ANI, Dr Randeep Guleria, Director of the All India Institutes of Medical Sciences (AIIMS) Delhi, has said that there was a need to assess the safety and effectiveness of Sputnik-V to see if it is successful. "If Russia's vaccine is successful, then we will have to see critically whether it is safe and effective. There should not be any side-effects of the vaccine and it should provide good immunity and protection,” Dr Guleria said.

India itself has been in the race to develop a Covid vaccine. Hyderabad-based Bharat Biotech’s Covaxin has shown promising results in the preliminary results from the human clinical trials. Ahmedabad-based Zydus Cadila plans to complete late-stage trials for its vaccine candidate — ZyCov-D — by February or March 2021. The company stated recently that they could produce up to 100 million doses a year initially if it is successful. Human trials using both the vaccine candidates are currently on in six cities in six Indian states.

Whether we hail Moscow’s supposed scientific prowess or condemn Putin for putting his national prestige before global safety, remember that the race might be about who’s first, but it still is safety over speed. That's what Russia needs to look at.

#Covaxin, #Coronavirus pandemic, #Russia, #Sputnik-v
The views and opinions expressed in this article are those of the authors and do not necessarily reflect the official policy or position of DailyO.in or the India Today Group. The writers are solely responsible for any claims arising out of the contents of this article.