For the first time since the pandemic struck the world, North Korea has accepted that there is a Covid crisis in the country and has imposed a nationwide lockdown.

Since the beginning of Covid-19 in December 2019, North Korea has denied that the country has been hit by the pandemic.

But now, for the first time in over two years, North Korea has accepted that there is a Covid outbreak in the isolated nation.

Six people have died and 3,50,000 have been treated for a fever that has spread "explosively" across North Korea, AP reported quoting state media on Friday.

The country had imposed a nationwide lockdown on Thursday after acknowledging its first Covid cases.

Here's what we know so far about the Covid situation in North Korea:

HOW BAD IS THE SITUATION?

According to a report by North Korea's KCNA news agency, a total of 1,87,800 people were being treated in isolation after a fever of 'unidentified origin' spread in the country during the month of April.

One of the six people who died was confirmed to be infected with the Omicron variant, KCNA said. 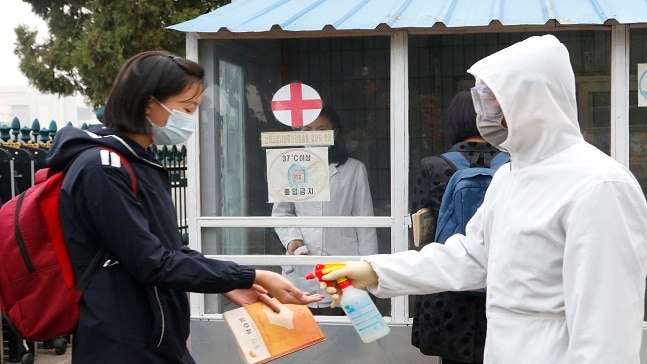 The fact that North Korea held an emergency Politburo meeting overseen by their supreme leader Kim Jong Un and issued an immediate report in the state media, indicates the situation is serious, reported AFP.

North Korea had claimed it had not recorded a single Covid case since it closed its borders at the start of the pandemic more than two years ago.

It’s unusual for North Korea to admit an outbreak of any kind of disease or infection as it shows the proud nation in 'poor' light.

AP reports that the spread of the virus may have been accelerated by a massive military parade in North Korean capital Pyongyang on April 25. The parade where leader Kim Jong Un took centre stage was attended by tens of thousands.

"People from all over the country attended these events and may have carried back the virus," Park Won-gon, a professor at Ewha University, told AFP.

IS NORTH KOREA EQUIPPED TO HANDLE THE PANDEMIC?

There is no Covid vaccination programe in the country and in the past North Korea has rejected offers from the international community to get vaccines. This puts the 25 million population of the country at high risk and lockdown seems to be the best option at the moment to control the spread of the virus.

Kim had refused to receive a supply of millions of AstraZeneca and Chinese-made jabs last year, reported BBC. He claimed North Korea had controlled Covid by sealing its borders early in January 2020.

KCNA reported that Kim visited a healthcare centre on Friday and "learned about the nationwide spread of Covid-19" and has called for a nationwide lockdown. Kim was seen wearing a mask for the first time at a meeting to discuss the outbreak in the country.

VIDEO: Shown wearing a mask on state television for the first time since the start of the pandemic, leader Kim Jong Un meets with officials to declare a state of emergency. Kim ordered Covid-19 lockdowns across North Korea after confirming the country's first-ever Covid cases pic.twitter.com/psE9tyYzpF

DOWN, BUT NOT OUT

Even though North Korea is facing a Covid outbreak and a drought, it hasn't deterred the nuclear-armed nation's military ambitions. 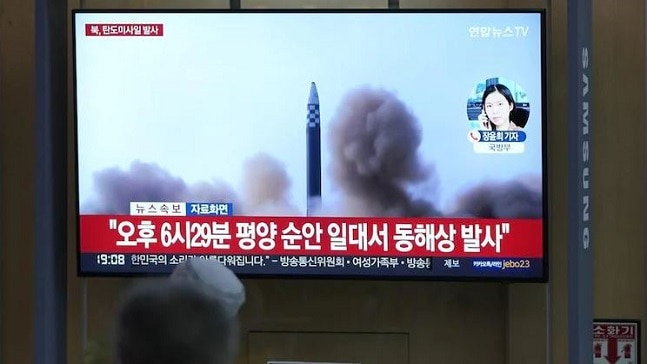 It was the country's 16th round of missile launches this year.