As the number of Covid cases rose and the system was inundated with the Covid tsunami, another heartening trend has played out on social media.

As India grapples with the apocalyptic second wave of the Coronavirus, there has been a total collapse of the healthcare system. Citizens across the country faced with the almost vertical rise in daily caseloads have discovered that even getting tested for the virus is not an easy task. Hospitals are overflowing and critical Covid patients are unable to get oxygen beds and ICU facilities. In many hospitals, acute oxygen shortage has led to hospital authorities insisting on the patients to arrange for oxygen individually. Family members are running pillar to post to acquire lifesaving oxygen and drugs like Remdesivir and Tocilizumab. The crisis has sparked off a wave of hoarding and black marketing, which has seen oxygen cylinders being sold at prices as high as Rs 35000 for a refill. In many hospitals, acute oxygen shortage has led to hospital authorities insisting on the patients to arrange for oxygen individually. (Photo: PTI)

As the number of infected rose and the system was inundated with the Covid tsunami, another trend played out on social media that was heartening, to say the least. Young professionals across the country, especially those with large followings on social media platforms started amplifying distress calls from patients and their relatives and connecting them with relevant groups who could help them.

Even more importantly, these young keyboard warriors started documenting resources for drugs, oxygen and bed availability at hospitals. They would verify the resource availability over multiple calls and then post the message on their timelines. These resources have over the last month saved many lives.

But it has not stopped at posting verified resources. Some influencers have focused on the period of recuperation. From arranging for free supply of food and necessities through local team members to helping deal with emotional trauma, these young Samaritans have contributed to helping a large number of people across the country.

The work done by these young activists is fundamentally different from the work being done by the likes of BV Srinivas, Sonu Sood, Tehseen Poonawalla and Tejsvi Surya, people who have stood head and shoulders above the administration in getting help to as many people as possible. But these individuals and groups have resources that are essential for providing direct help to the patients, be it getting oxygen cylinders or help in getting beds at a hospital. The army of young Covid volunteers does not have the same resources. All that they have is reach with their followers, a strength that they have exploited to the fullest.

Last week, these young warriors came under scrutiny when it was alleged by some influential social media handles that the Delhi Police had connected with many of the online activists and asked them to stop posting resources, a charge vehemently denied by the Delhi Police.

What did come out though was that a few of the suppliers whose details had been posted online were collecting advance payments and not supplying the resources and even actively blocking the individuals from whom they had collected the money.

But then a few cases like this are to be expected as this young army of Covid warriors can never have the resources to fully vet a supplier and should not be judged on the actions of a few rotten apples. 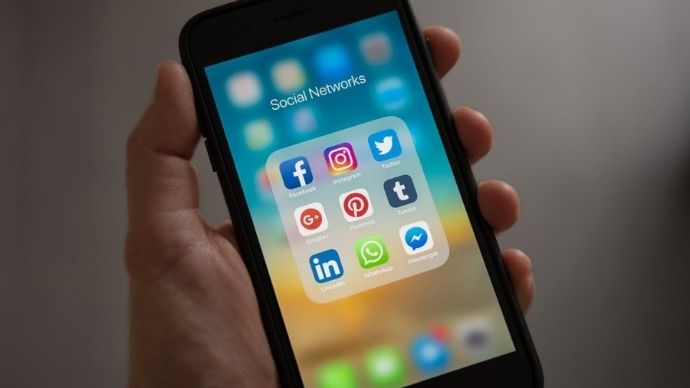 Young professionals, especially those with large followings on social media, are amplifying distress calls from patients and connecting them with those who could help them. (Representative photo: Reuters)

In Uttar Pradesh, the police filed cases against some individuals who were seeking help online. In one case, a young man was prosecuted for seeking an oxygen cylinder for his grandfather.

The Supreme Court, as well as some of the High Courts, have come down heavily on such retributive action by the State. The Supreme Court has even laid down that any criminal persecution against individual seeking help online will be considered as contempt of court.

We live in the knowledge age where information is the sole currency. Given the advanced state of our IT infrastructure, it is certainly a mystery as to why the administrative machinery has not managed to create a master dashboard with a helpline number for hospital beds, oxygen cylinders and drug availability.

The transparency would ensure that hoarding and black marketing can be controlled as well as provide a modicum of relief to the patients and their families. But most states don’t have centralised information dashboards and even when such a mechanism exists, the information update is slow and outdated. It is this gap that has been filled by the social media influencers who have taken on the avatar of information facilitators.

Also read: All this Corona getting too much. Hand it over to the RWA

#Facebook, #Twitter, #Appeal for help on social media, #Social Media
The views and opinions expressed in this article are those of the authors and do not necessarily reflect the official policy or position of DailyO.in or the India Today Group. The writers are solely responsible for any claims arising out of the contents of this article.