Why do so many cyclones form over the Bay of Bengal?

The region, which occupies just 0.6% of the global ocean area, is estimated to be responsible for four out of five cyclone-related deaths in the world.

The Bay of Bengal is witnessing another cyclone. After intensifying into a severe cyclonic storm, Cyclone Asani is approaching the Odisha-Andhra Pradesh coast, where it will bring heavy rain over the next two days.

The Bay of Bengal has always been a cyclone hotbed. Eight out of ten deadliest tropical cyclones in the world have originated over this region.

It's been 22 years since Odisha was battered by a Super Cyclonic Storm on 29th October, 1999, which resulted in death of nearly 10,000 people.

Since then, India has made great progress and death numbers have reduced significantly.

We take a look at major cyclones that have hit the Bay of Bengal, areas that are more prone to cyclonic storms and what has changed over the years.

HISTORY OF CYCLONES IN INDIA

As many as 117 cyclones hit India in 50 years from 1970-2019 claiming over 4 lakh lives, according to a study on extreme weather events, reported PTI. 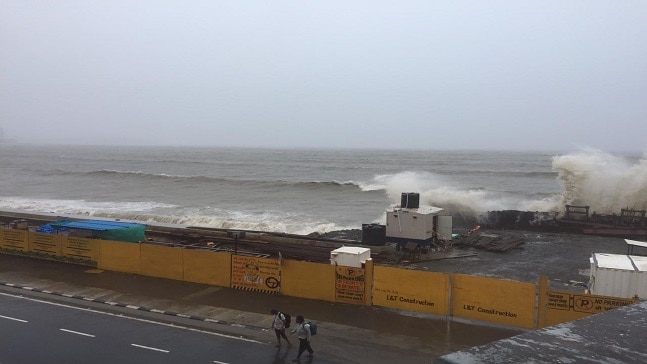 DEADLIEST CYCLONES IN BAY OF BENGAL

BHOLA CYCLONE, 1970: On November 11, 1970, the Great Bhola Cyclone hit the coasts of East Pakistan (now Bangladesh) and killed 3 lakh to 5 lakh people. It is the deadliest known cyclone till date. Over 45 per cent of the population of one lakh 67 thousand in the city of Tazumuddin was killed, according to the University of Rhode Island. The maximum storm surge was estimated at nearly 35 feet high, causing massive destruction.

#OTDwx The deadliest tropical cyclone in the world came in the form of the Bhola Cyclone '70 that struck East Pakistan (now Bangladesh). The cyclone killed more than 500,000 people. The cyclone originated from the remnants of Tropical Storm Nora in the WPac. (1/2) pic.twitter.com/SMWowdldMI

ODISHA SUPER CYCLONE, 1999: One of the most severe tropical cyclones to hit India in the last few decades was the 1999 Odisha Cyclone. The Category 4-equivalent storm with 155-mph winds struck Odisha's coast on October 29, 1999. The cyclonic storm pushed a storm surge of 26 feet (8 meters) and killed an estimated 10,000 people. More than 3.5 lakh houses were destroyed, several villages were completely washed away. So bad was the damage to Odisha's infrastructure that the state went out of contact with the rest of the world for an entire day, reported India Today. CYCLONE NARGIS, 2008: Cyclone Nargis passed over Myanmar after having formed in the Bay of Bengal. The Category 3/4 storm carried very powerful winds and heavy rains as it devastated the southern delta region of Myanmar, southeast of Bangladesh. More than 130,000 people were killed making it one of the worst cyclones in the last few decades, reported Weather.com.

The Bay of Bengal, which occupies just 0.6% of the global ocean area, is estimated to be responsible for four out of five cyclone-related deaths in the world, reported Weather.com. Over the past two centuries, 42% of the cyclone-associated deaths of nearly 20 lakh have occurred in Bangladesh alone.

According to an IMD report, Sundarbans is the cyclone capital of India;  and West Bengal’s South 24 Parganas district, within which the larger share of the Indian Sundarbans is located, is impacted by cyclones the most frequently, reported DownToEarth magazine. WHY BAY OF BENGAL IS SO PRONE TO CYCLONES?

The unusually high number of deaths due to cyclones in Bay of Bengal can also be attributed to the triangular shape of the bay, which acts as a funnel and causes massive storm surges. As the shallow bottom of the bay allows further surge, the low-lying areas of the coastal regions often get inundated, said a report in Weather.com.

Timely warnings, setting up of disaster relief teams and a better evacuation process have been some of the main reasons India has been able to significantly reduce the death toll due to cyclones.

The "zero casualty policy” for cyclones and the pinpoint accuracy of the India Meteorological Department (IMD) has also played a key role in better management of cyclones. Since the 1999 cyclone in Odisha, which claimed over 10,000 lives, casualties have been limited to double figures in most cases.

YOU CAN FOLLOW THE PATH OF CYCLONE ASANI HERE

#Odisha, #Bayofbengal, #Cycloneasani
The views and opinions expressed in this article are those of the authors and do not necessarily reflect the official policy or position of DailyO.in or the India Today Group. The writers are solely responsible for any claims arising out of the contents of this article.