How investigation into Dabholkar murder case has been marred by contradictions

A couple of months ago, a senior officer from the Maharashtra Police who has worked with the Anti-Terrorism Squad (ATS), argued during an informal chat with me that all ATS theories and claims, barring one, have been bogus.

According to him, the ATS, in the past, made many goof-ups in investigating terror-related cases that made a lasting impact not only on the outcome of the investigations, but also on its reputation.

I recalled this conversation after the ATS recently claimed to have cracked the murder case of rationalist Narendra Dabholkar. The anti-superstition activist was shot dead on August 20, 2013 in Pune. Though the Central Bureau of Investigation (CBI) is the probing the case, it was a tip by the ATS that led the CBI to arrest Sachin Andure, one of the two prime suspects in the Dabholkar murder. The CBI has claimed that Andure and Sharad Kalaskar, whom the ATS arrested on August 10 from Nalasopara for possessing crude bombs and explosive substances, are the suspected killers of Dabholkar. 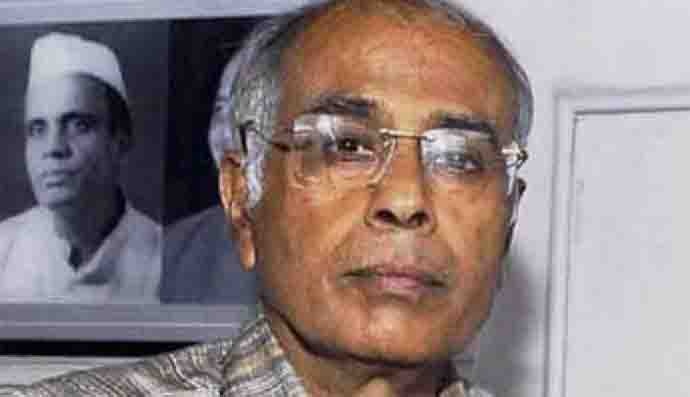 According to the CBI, Andure was riding pillion on the motorcycle driven by Kalaskar to Pune’s Omkareshwar bridge. While Kalaskar shot two bullets at Dabholkar, who was on a morning walk, Andure fired one bullet. Dabholkar died on the spot.

The new theories and claims are in contradiction with the CBI’s earlier claims. That have led to several questions and doubts.

Earlier, the CBI had claimed that two fugitive workers of Sanatan Sanstha, Sarang Akolkar and Vinay Pawar were the suspected killers. The claim was based on the sketches made as per the information provided by the eye witnesses. The CBI had announced a reward of Rs 5 lakh on them since both of them have been untraceable since 2009, much before Dabholkar was shot dead. It means either the sketches or the arrests of Kalaskar and Andure are wrong.

Interestingly, the ATS had arrested two firearm dealers, Manish Nagori and Vilas Khandelwal in 2014 as suspected killers. The court released them on bail after six months for lack of evidence. The CBI has not yet linked them to the murder of Dabholkar.

The CBI has claimed that a former Hindu Janajagruti Samiti (HJS) worker Amol Kale, who has been arrested by the Karnataka Police in connection with murder of journalist Gauri Lankesh, is the mastermind behind Dabholkar’s murder. He allegedly arranged the weapon, 7.65mm  pistol, and the shooters. The agency has not yet established any links between Kale, Kalaskar and Andure. It has not recognised Kalaskar and Kale as HJS workers. It will be a challenge before the CBI to establish how Kale influenced both of them to carry out the murder and what was the common thread among them. The Maharashtra ATS claimed to have cracked the murder case of rationalist Narendra Dabholkar.

The CBI has claimed that Sachin Andure is a hardline Hindutva supporter as appeared from his Facebook account. He had uploaded several posts which indicated that he does not approve reforms in Hindu religion. He had mentioned that those who oppose pouring milk on the Lord Shiva idol on the occasion of Shravan should be beaten up. However, such posts do not necessarily qualify someone to be a murder suspect. It is wrong to call someone a Hindutva activist just because he has staunch some religious views. Hindutva is a way of life, not religious orientation.

Interestingly, the CBI has not pointed towards any motive of the suspects behind the murder. The agency will have to establish why Andure, who worked at a garment shop as a salesman, and Kalaskar, who worked as a lathe machine operator, took the extreme step to eliminate a well-known and respectable person like Dabholkar. The agency has not yet established whether they got money or anything else for executing the murder.

The CBI has claimed that it has recovered a pistol and three bullets from a house of Andure’s cousin in Aurangabad. The weapon will be sent to the forensic laboratory to examine whether it was used in Dabholkar’s murder.

The agency is likely to find it difficult to get fingerprints on the weapon as it might have been handled by a number of people in five years. Even if it is proved that the same pistol was used in Dabholkar’s murder it will be a challenge to establish that it was handled by Kalaskar and Andure.