On Dakshayani Velayudhan's 42nd death anniversary, we must initiate a public conversation on the status of Dalit women who are facing the double whammy of caste and gender every day.

The absence of remembrance and commemoration of leaders like Dakshayani Velayudhan is not unusual these days. Dakshayani, who passed away on this day (July 20) in 1978, was the only Dalit woman member of the Constituent Assembly of India. There are many firsts associated with the life of Dakshayani Velayudhan. To start with, she was the first Dalit woman graduate of India. The contemporary narrative of gender in India hardly encapsulates the Dalit component, regardless of having such towering personalities who defied conventional wisdom and led a revolution in their own realm.

Recounting her initial days of struggle, Dakshayani had said, “I was the only girl student for B.Sc Chemistry or for any science subjects in the college. It was ‘sheer luck’ to get higher education. (In the laboratory) an upper caste teacher did not show me experiments — I learnt things by looking from a distance and graduated with a high second class in 1935. In July 1935, I was posted as an L-2 teacher in the High School Peringothikara in Trichur District.”

It is important to confront such hard realities that are still being faced by Dalits across the country. Inspired by Ayyankali — one of the greatest social reformers of the 20th century, Dakshayani set out on the journey to address the civilisational fault lines of our society. 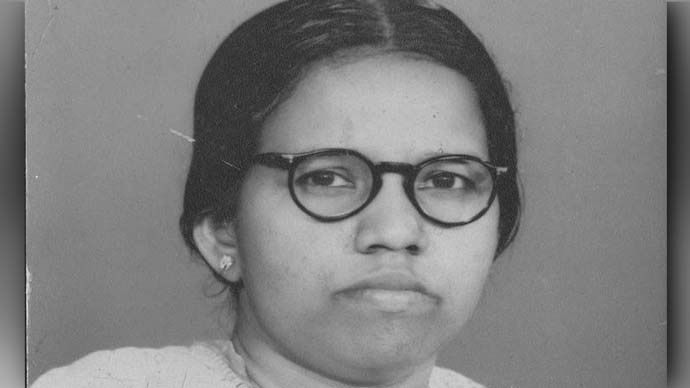 There are many firsts associated with the life of Dakshayani Velayudhan. (Photo: Facebook/ Meera Velayudhan)

The group of men and women who drafted the Indian Constitution were people of great eminence with vision and foresight. Being the only Dalit woman in that congregation is a remarkable indication of a social revolution at multiple levels. At the young age of 34, Dakshayani not only made herself heard in the premier decision-making body of the country, but also ensured that the opinion of the marginalised was accounted for.

The intellectual establishment in the post-independent India overworked to promote a single individual, and thereafter a family, to determine them as the sole custodian of the claim over the Independence struggle. The sheer amount of academic investment in promoting Nehru and the Nehru-Gandhi family reeks of a deeper conspiracy to progressively obliterate the insurmountable contributions of the galaxy of other leaders of the freedom struggle. Dakshayani is one such victim along with many other unsung leaders, who will be gone from the pages of history textbooks. 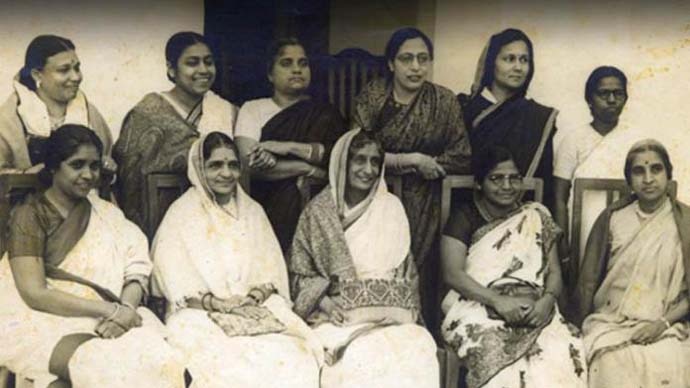 Dakshayani Velayudhan (top right corner) — the only Dalit woman member of the Constituent Assembly — with the rest of the women members of the Assembly. (Photo: Centre for Women’s Studies).

On her 42nd death anniversary today, we must remember her noteworthy contributions and initiate a public conversation on the status of Dalit women in the country who are facing the double whammy of caste and gender every day.

In one of her earlier speeches in the Cochin Legislative Council, Dakshayani voiced her concerns for the depressed classes. She said that unless untouchability was legally abolished and supplemented with strong welfare measures for the upliftment of the marginalised, the usage of the term ‘Harijan’ for them is like addressing dogs as Napoleon. ‘Harijan’ was a patronising term then and it still is now. As someone from the fraternity, I assert that the community as a whole must be a key stakeholder in determining suitable terminologies for themselves. Every term has a trajectory and a journey that is telling of evolving circumstances. Depressed classes, Scheduled Caste, Harijan and now Dalits. Dalit represents an assertion and a will to be heard. The new-age Dalit struggle is no longer limited to a seat in government-sponsored educational institutions and employment.

The life and times of Dakshayani need to be studied to generate intellectual curiosity towards the struggles and rise of Dalit women. The Dalit movement today is ill-advisedly stuck in the past. With the Constitution as a fundamental document, Dalits across the country must have a sense of ownership not only because of Ambedkar, but also because of leaders like Dakshayani, Babu Jagjivan Ram and many other leaders who ensured a safe, secure and a sustainable future for the subalterns.

Dignity, respect and equality in everyday interaction are what the new-age Dalit women and men like me aspire for. The civil society, political class and the academic establishments must realise this and be willing to share positions for the socially-marginalised and historically oppressed people in the structures of power and privilege.

Also Read: Why Dalit is a bitterly contested word today