Avik Chanda’s book Dara Shukoh, The Man Who Would Be King takes a hard look at the man, the ruler and the secularist in him.

Many believe that the communal discord that India has been battling for decades and that also led to the partition of the country in 1947 would not have happened but for one person, Aurangzeb, the mighty Mughal emperor, who ruled over Hindustan from 1657 to 1707.

More than 300 years after his death, Aurangzeb still carries the image of a bigot who persecuted his majority Hindu subjects and minority Sikhs with equal zeal and brutality. Aurangzeb still carries the image of a bigot who persecuted his majority Hindu subjects. (Photo: Wikimedia)

Though the Supreme Court in its Ayodhya judgment said the now-demolished Babri Masjid was built in 1528, many continue to attribute its construction to the reign of Aurangzeb. The same ruler who is blamed for the destruction of more than 40,000 temples across north India. They hold him responsible for the desecration of the ‘original’ Ram temple and appropriation of the land on which Lord Ram is believed to have been born.

It was during Aurangzeb’s time that the founders of the East India Company, who had landed in India during his grandfather Jahangir’s rule, developed colonial ambitions and 50 years after his death fought first — the Battle of Plassey — of the two definitive wars that shook the British's foundations in India.

The British are said to have exploited the fissures created by Aurangzeb between the Hindus and the Muslims to strengthen their position in the decades to come. They implemented it with imperial mission after the Rebellion of 1857. By 1906-07, the British had been stoking the communal fire out in the open, which ultimately led to India’s partition along religious lines.

The communal divide in India is seen as a continuation of the fissures that Partition deepened. The ongoing protests against the Citizenship Amendment Act (CAA) take this political and ‘popular’ fight back to the logic behind Partition.

The ruling BJP is blamed for stoking a fear among Muslims and imposing the agenda of Hindutva. Prime Minister Narendra Modi is projected as the poster boy of Hindutva, someone who is uncomfortable with the existence of Muslims. The narrative goes on despite PM Modi and the BJP asserting to the contrary.

This is where Dara Shukoh rises from his unmarked grave in history. Because Aurangzeb was not chosen to be the Mughal emperor. His father Shah Jahan, the ruler who built the Taj Mahal, had declared Dara Shukoh as heir apparent.

In history books, Dara Shukoh comes across as the symbol of what we today call, Ganga-Jamuni culture. He believed in absolute non-discrimination among citizens on grounds of belief and faith. Many argue that his ascension to the Mughal throne in the middle of the 17th century could have saved the thousands of lives that India lost in the name of communal clashes.

Is it actually so? I put this question to Avik Chanda, the biographer of Dara Shukoh. His book, Dara Shukoh, The Man Who Would Be King, is being received well by critics.

Had Dara Shukoh ascended the Peacock Throne, would Indian history have taken a different course? 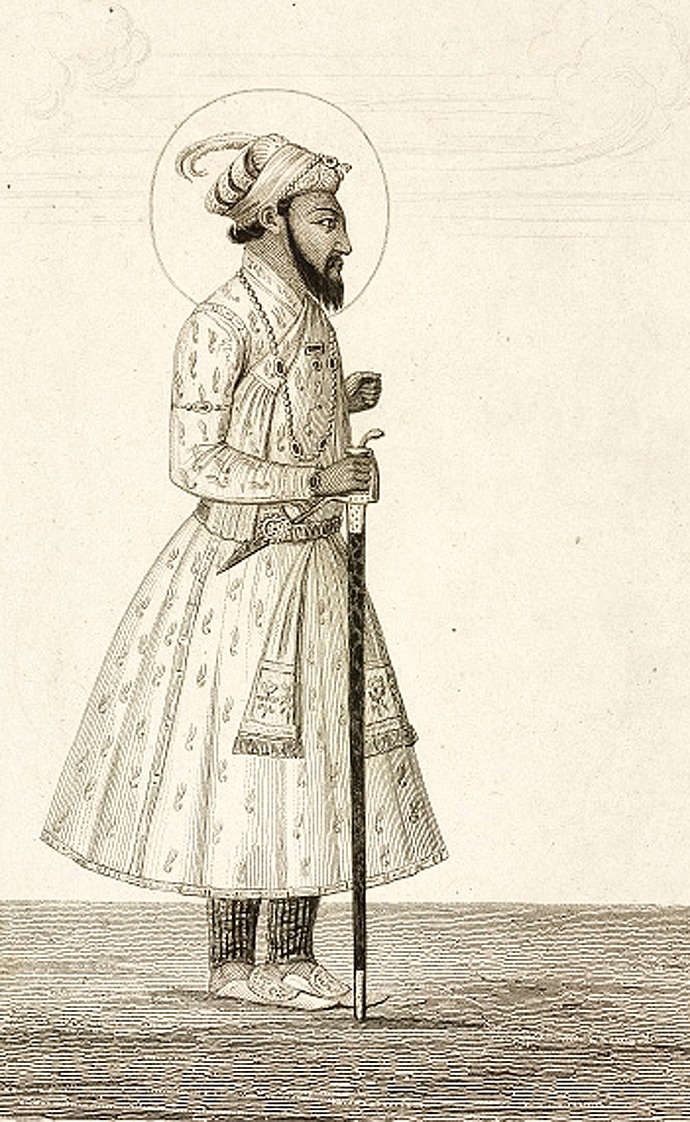 Dara Shukoh comes across as the symbol of Ganga-Jamuni culture. (Photo: Getty Images)

“Undoubtedly. Dara Shukoh was the total antithesis of Aurangzeb, in that he was deeply syncretic, warm-hearted and generous — but at the same time, he was also an indifferent administrator and ineffectual in the field of battle,” says Avik Chanda, adding, “A larger point remains. Though the subjects would have a different experience under his reign, Dara Shukoh’s personal failings as a military commander might not have been able to halt the decline of the Mughal empire.”

The rise of Aurangzeb was supported by hardline Islamic clerics of the time, who were against the ideas of Dara Shukoh and who went to the extent of publicly speaking about similarities between Quran and Indian scriptures. Hardline Islamic fundamentalists getting power is said to have caused a counter-polarisation among the Hindus.

So, the next question to Chanda was, “As a biographer of Dara Shukoh, how do you think he would have posed a challenge to religious fundamentalists or fundamentalism as an idea?”

Chada replied, “He was a serious challenge to both, certainly, in his own time — and would vehemently oppose it in ours. He was the sworn antagonist of fundamentalists of all denominations, and his credo was that divinity was present in all faiths.”

To offer a glimpse of Dara Shukoh’s syncretic ideology, here is one of the verses composed by the Mughal prince who met his end in the most brutal manner — his head severed on the orders of Aurangzeb, who cut his skull in three parts and got it placed on a plate to their imprisoned father Shah Jahan when he was ready for his dinner.

“You dwell in the Ka’aba and in Somnath,

And in the enamoured lovers’ hearts;

You’re the rose and the amorous nightingale,

You are the moth on Your own beauty’s taper.”

I then asked Chanda, “A segment of Indians believe that the country is sharply divided between hardline Hindutva and an assertive Islamic brigade. Is there something in Dara Shukoh’s idea of governance that could find an amicable way out from the current seemingly confrontational social environment?”

Chanda said, “If one were to look at the culmination of Dara Shukoh’s life work, it’s his treatise ‘Majma-ul-Bahrain’ — the Mingling of Two Oceans — Hinduism and Islam. He was at pains, not only to attempt to show the similarities between the two faiths, but even go as far as to suggest that the Upanishads collectively comprised the sacred and mystical Hidden Book, indicated in the Quran.”

This was the exact proclamation of Dara Shukoh that made him unpopular among hardline Islamic clerics, who threw their weight behind Aurangzeb.

“It's sad that we are still far from reaching that goal [of homogenisation of people belonging to different faiths]. Here’s what is critical, though: his pluralistic ethos would have to be translated into implementable policy on the ground for his project to be successful,” the author said.

My final question on Dara Shukoh and tracing the roots of Hindu-Muslim communal discord in India was: “India is governed by the Constitution today. Can a medieval heir-apparent who could not take care of his own claim to power be relevant in today’s India?”

Chanda said, “Dara Shukoh’s failure as a military commander was a serious shortcoming in his day, but not at all a prerequisite for democratically elected heads of state. His principal relevance is in terms of his deeply syncretic ethos, his warm-heartedness and prodigious generosity of spirit. These are precisely the qualities needed in a world that’s currently dominated by narrowly self-serving protectionist regimes.”

But why has Dara Shukoh’s suddenly become so important?

Dara Shukoh emerges from the pages of history books because of those who have read him postulate that the government or the administration must have empathy towards the citizens it governs. Empathy bridges the trust deficit between a government and its citizens.

The ongoing anti-CAA protests emphasise this trust deficit between the Modi government and a segment of citizenry as the chorus from the ruling camp gets louder by the day for a pan-India National Register of Citizens (NRC).

The assurances from PM Modi and other ministers have not soothed the nerves of protesters, particularly those from the Muslim community, who refuse to repose trust in the government or bureaucracy in general. An unsympathetic babu at the lowest rung of government may snatch from an Indian citizen her whole identity.

PS: Dara Shukoh was named after legendary Persian king Darius. Shukoh is also spelt as Shikoh though these two words have different meanings. Shukoh means grandeur and Shikoh terror. Aurangzeb is also spelt as Aurangzib. But it is more due to different transliteration.