How street food vendors are fighting a losing battle

Our politicians of a certain persuasion may romanticise the chaiwallah and the pakodawallah, but these street food vendors live a slippery existence.

The National Restaurant Association of India (NRAI) has been so relentless in championing the cause of the organised sector of the business that the voice of the street food vendors – who were not long ago at the centre of a national debate on ‘pakodanomics’ – has not been heard.

One wonders, in fact, whether it was raised at all, for the street food vendors, from your neighbourhood chaiwallah to the guy from Moradabad who served you daulat ki chaat at Chandni Chowk’s famed Paranthewali Gali, simply joined the mass exodus from the big cities. The migration may mean many things to many people, but for the organised restaurant industry, it translates into a shrinking skilled labour force – the best tandooriyas, for instance, come from Uttarakhand and they have all gone back to their home villages – and it has sounded the death knell of the street food economy, for migrants ran it. 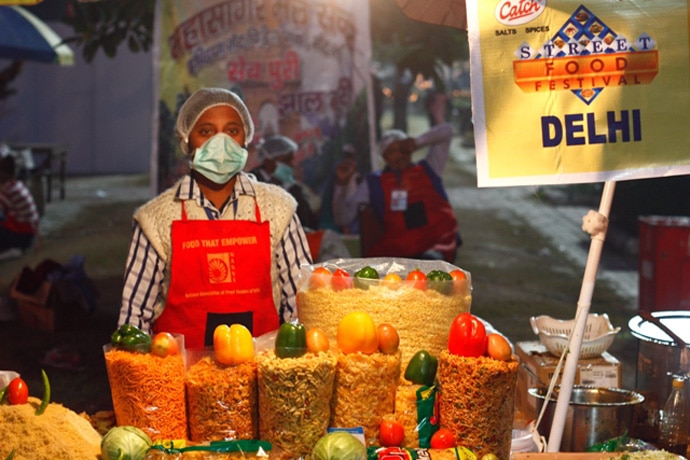 Going back to Paranthewali Gali, the shop that became famous because of the patronage of Atal Bihari Vajpayee, faces an uncertain future because its workers have gone back to their original homes. Are they likely to relocate themselves yet again after the lockdown is lifted? That only time – and the level of their desperation – will tell.

Street food in our big cities, as Anubhav Sapra, its foremost exponent and curator of the Delhi Food Walks, puts it, is produced by migrant workers, mainly from Uttar Pradesh, Bihar, Jharkhand and, to a smaller extent, Rajasthan. Workers from Nepal and Darjeeling power the momo business, which has become incredibly big and organised. They are all part of the mass exodus. Our politicians of a certain persuasion may romanticise the chaiwallah and the pakodawallah, but these street food vendors live a slippery existence

Deny them their daily earnings and they are literally reduced to scrounging around for survival. Yet, like the hospitality sector, the voiceless, unorganised street food vendors have had no Finance Ministry bailout package doled out to them. If the hospitality sector is gasping for breath, and hotel and restaurant owners are talking about downing their shutters because they cannot cope with the loss of business anymore, imagine the plight of our street food vendors.

Anubhav guesstimates the number of street food vendors at somewhere around 3.5 million – they could be individual operators, or employers of, on average, five to ten people. If we assume that their annual turnover per person is Rs 5 lakh per year – balancing out the one-person show with the roadside dhaba operator – we are talking about a Rs 1,75,000-crore business offering employment to more than 10 million people. Our street food vendors deserve a hearing. Imagine life without them.