Move On Now: Dear Salman Khan, why rake up Priyanka Chopra all over again for 'Bharat'?

There must be so much more to the film! Also, can you please let Katrina Kaif speak in the next interview?

Priyanka Chopra has just celebrated one year of togetherness with Nick Jonas.

It was also in July last year that Priyanka opted out of Bharat, the Salman Khan-starrer to be released on June 5.

We all grew up a little in this one year. But guess who didn’t? Bollywood — and Salman Khan. 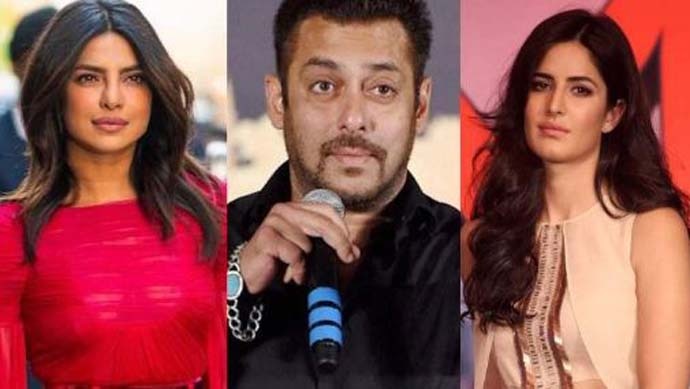 Passive-Aggressive: Salman Khan in this interview reminded us of so many Indian men! (Photo: India Today)

A recent interview of Salman and Katrina Kaif — who's essaying the role Priyanka was supposed to do — epitomises so much that is wrong in the industry and, in a larger perspective, in our society. Salman Khan interrupting Katrina in the middle; 'thanking' Priyanka in a sarcastic tone; Katrina laughing it off and trying to diffuse the tension — this is not at all a strange situation for us. This reminds us of every Indian man ‘fondly’ remembering his former college partner who’s now settled abroad — and his present girlfriend/wife trying to paper over the situation.

Immense respect for Katrina for trying to keep pC away this conversation!But look at that 50+ years old Man-Child who has been stuck on the same line like a broken record nd commenting on pC's personal life!He shamelessly accepts that he is using pC's name to promote his movie! pic.twitter.com/xYjgDCIXMX

So, what does Salman do apart from hijacking Katrina’s sentences?

He broaches the issue of Priyanka Chopra leaving the film and says — in good humour — that Priyanka can still do some promotion for the film she never did. He also mentions ‘nick of time’ — the exact phrase with which director Ali Abbas Zafar had tweeted the news of Priyanka walking out of Bharat, which was supposed to be her comeback film in Bollywood.

She got the best film of her career and then, she left it to get married. Many actors would leave their husbands to act in a film like this: Yes, Salman Khan apparently said something like that.

Salman Khan doesn’t need promotion for his film. Making it look funny that he is raking up the Priyanka issue for promotion doesn’t hide his hurt pride. It also does a disservice to Katrina Kaif as she is seen only as Priyanka’s replacement.

But then, the industry has never cared for these little things.

Also Read: Priyanka Chopra and her Met Gala dress: No, this was not fashion ka jalwa. To me, it showed a worried desi girl