President Ram Nath Kovind on April 22, 2018, gave his assent to an ordinance allowing death penalty for those convicted of raping girls below the age of 12 years. 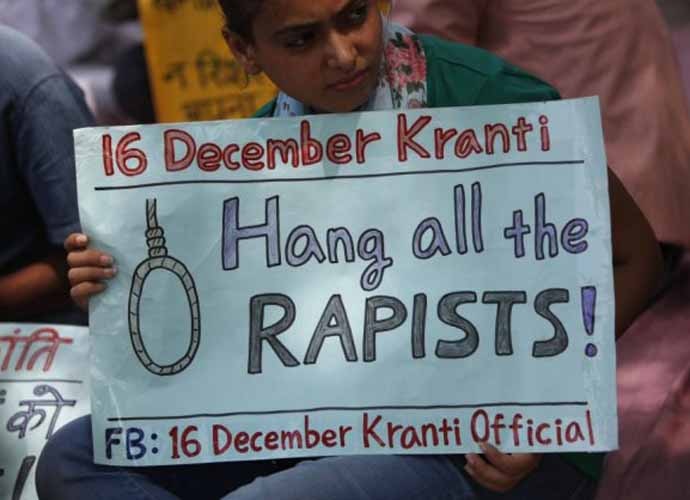 The ordinance was promulgated after the central government faced heat and social outrage over the rape and murder of an eight-year-old girl in Kathua, Jammu and Kashmir and allegations of rape against a Bharatiya Janata Party (BJP) MLA in Unnao, Uttar Pradesh. The ordinance appears to be a knee-jerk reaction and more of a political gimmick to calm the troubled waters, rather than a remedy to the ill.

Data collected by National Crime Records Bureau (NCRB) in 2016 shows, about 64,138 child rape cases that came up before the courts under the Protection of Children from Sexual Offences (POCSO) Act read with section 376 IPC, conviction could only be secured in 1,869 cases that are about 3 per cent of the total cases brought before courts. The Act mandates that trials are to be completed within a year, however, NCRB data points at the end of 2016, 89 per cent cases were pending trial.

In majority of child rape cases, the offender is a person known to the victim, such as a close family member, a neighbour, or an acquaintance due to which there is under reportage of incidents. The ordinance, which stipulates death penalty for those convicted of raping girls below the age of 12 years, will now only complicate matters and further suppress the reportage of incidents.

According to a report in The Indian Express dated April 24, 2018, the Delhi High Court, while hearing a plea challenging the Criminal Law (Amendment) Act, 2013, recently asked that since the new ordinance provides the same punishment for both murder and rape, how many offenders will allow their victims to survive.

The HC also posed a question to the government about whether the ordinance had been pushed in a hurry in response to public outcry or the root cause of the offence has been studied.

Justice P Bhagwati while delivering a dissenting opinion in case of Bachan Singh vs State of Punjab (1982) case held capital punishment to be unconstitutional. He quoted Arthur Koestler to establish how death penalty as a deterrent was a myth:

"When pickpockets were punished by hanging in England, other thieves exercised their talents in the crowds surrounding the scaffold where the convicted pickpocket was being hanged. Statistics compiled during the last 50 years in England show that out of 250 men hanged, 170 had previously attended one or even two public executions and yet they were not deterred from committing the offence of murder, which ultimately led to their conviction and hanging. It is a myth nurtured by superstition and fear that death penalty has some special terror for the criminal which acts as a deterrent against the commission of the crime."

The Law Commission of India in its report on death penalty said that after many years of research and debate a view has emerged that there is no evidence to suggest that the death penalty has a deterrent effect over and above its alternative - life imprisonment.

The Justice JS Verma committee, which was formed after the December 2012 Delhi gang rape and murder case, in its report concluded death penalty would be a regressive step in the field of sentencing and reformation. The panel recommended that punishment for aggravated forms of rape may be enhanced to life term as "deterrent" effect of death penalty on serious crimes is actually a myth.

According to reports of the Centre for Child and the Law, National Law School of India University, Bangalore (CCL-NLSIU) on the functioning of special courts under POCSO, one of the main causes for the low rate of conviction under the Act is lack of infrastructure and manpower in the criminal justice system. Majority districts continue to try cases of child sexual abuse in regular sessions courts, designated as "special courts" for the sake of compliance. Investigations are often shoddy and botched-up due to understaffed, poorly trained, overburdened police force, which has little or no forensic support.

CCL-NLSIU's reports further point out that in practice, timelines for completion of the investigation, for recording of evidence, and for completion of trial are almost never adhered to due pendency of cases and the lack of facilities.

The ordinance mandates that investigation and trial of all cases of rape have to be necessarily completed within a period of four months. These, timelines appear to be unreasonable and non-implementable on ground level given resource and manpower shortages at various levels.

The ordinance appears to be a quick-fix solution that has been brought in hastily to calm the angry sections of society and does not provide any real solutions to the issue.

In a parliamentary democracy, ordinances should be the least favoured way to make laws. Parliamentary procedure of legislating gives time and space to discuss pros and cons of issues, look at studies conducted on matters under question, takes opinions from various stakeholders and people working in the field, thereby bringing a holistic view to the discussion.

Such an exercise is not possible when an ordinance is promulgated. The government needs to address the root cause of the problem by investing in sex-education programmes for children and launching gender empowerment programmes to educate the masses.

The court infrastructure needs to be strengthened, police better trained and sensitised to handle and support victims of the crime. This will ensure better investigations which in turn will translate into better conviction rate of the offenders. It is certainty and uniformity of the punishment, which actually deters an offender from committing a crime.