How Deepika Padukone gave Bollywood a hero to look up to

From experimenting with roles in the movies, to standing up for social causes in real life, Deepika has all it takes to be our shero.

From Om Shanti Om's shy Shantipriya captivating her audience with "Ek chutki sindoor ki keemat tum kya jano Ramesh babu", to the bold Malti in Chhappak, Deepika Padukone has come a long way in her Bollywood journey. She has definitely braved a lot more than her contemporaries in the pretentious industry that thrives on shallowness. However, her strength of character is not skin deep.

Outsider in the nepotistic industry

Making a career transition from being a successful badminton player to one of the most sought-after actresses in B-Town, Deepika is still an outsider in the nepotism-ruled industry. However, she has never let that be a roadblock. Even in her Bollywood debut Om Shanti Om, in which she starred opposite Shah Rukh Khan, she made the public stop and notice her.

Be it Shah Rukh, Saif Ali Khan, Amitabh Bachchan or Irrfan, no co-star or male-oriented movie script could steal the spotlight from Deepika. Movies like Chennai Express, Piku, Padmaavat, Bajirao Mastani, Ram Leela, and the latest on the list - Chhappak - have proven time and again that she carries the entire movie on her shoulders and is not overshadowed by her male co-stars.

So much so, that today directors are assured of a blockbuster just by Deepika's presence in the film. And she has gone beyond sticking to stereotypes. She experimented - from Meenamma in Chennai Express, to Naina in Yeh Jawani Hai Deewani, and Leela in Goliyon Ki Raasleela Ram-Leela. And each of these roles brought out different shades in her as an actor and marked her rise as a hero(ine). These roles were followed by Piku (a titular role), Mastani in Bajirao Mastani, Tara in Tamasha, Rani Padmavati in Padmaavat, and most recently, as Malti in Chhappak. 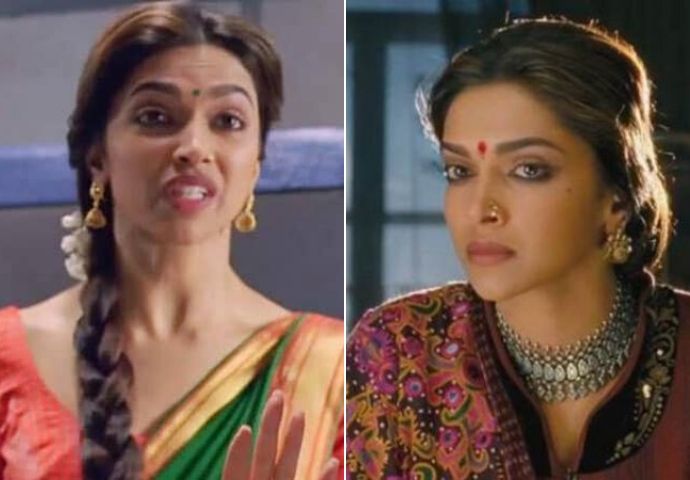 From Meenamma in Chennai Express (L) to Leela (R) in Goliyon Ki Raasleela Ram-Leela, each of role she essayed brought out different shades in Deepika as an actor. (Photo: YouTube screengrab)

Each of these films went on to establish that she is not only about beauty, but also the real hero of the movie.

The years 2009 to 2014 were tough times for Deepika. Though she was at the peak of her career (Chennai Express, Ram-Leela and Happy New Year were all blockbusters), she was nursing a broken heart, and then, the Big D. Depression.

She has been candid about her relationship and subsequent break-up with Ranbir Kapoor. She has been outspoken about her painful heartbreak and difficulty in moving on. Speaking about infidelity in the relationship, she said that physical intimacy to her was about two souls coming together and that she had never cheated on anyone. However, she agreed that the breakup made her a better person. She did not let the break-up break her as a person, and went on to focus on her career - delivering one hit after anoher. She moved past her bitterness for Ranbir and went on to do two more movies with him, sharing a brilliant chemistry on screen and camaraderie off it.

Later, she met Ranveer and gave love another chance. She married him in November 2018.

A few days before her wedding @deepikapadukone wrote a letter addressing her struggle with anxiety and depression, for our 22nd Anniversary Issue. By publicly talking about her own battles, she empowered many to reach out and seek help. Her letter is full of empathy and kindness, a reminder that (in the words of Stephen Fry) “it will be sunny one day”. Swipe through to read the full letter. . Link in bio. @tlllfoundation . 📷: @errikosandreouphoto . #deepikapadukone #mentalhealthawareness #ELLEvate #BeMoreELLE #ELLEDecember #anniversaryissue

In 2014, while Deepika was in a relationship with Ranveer, she spoke openly about her battle with depression and the importance of mental health. It takes a lot of courage to speak thus in the open, seek medical help and accept that one is suffering from depression. More so, when the person is a film star and constantly in the limelight.

Deepika was invited to a number of events and media briefings on her fight with depression. And she never shied away from any. Her intention was simple - she wanted to help those suffering and stress on the importance of seeking help. She wanted to break the stigma surrounding mental health issues and started the 'Live Love Laugh' foundation to create awareness on mental health.

She is a superwoman without a cape.

Calm in the face of threats

When the controversial Bollywood movie Padmaavat was about to be released, India saw months of protests. Some fringe groups threatened the movie crew, including Deepika and director Sanjay Leela Bhansali, and vandalised the sets of the film, accusing them of distorting history. The bone of contention was a supposed dream sequence between Alauddin Khilji and Rani Padmavati. Since Rani Padmavati is held sacred by the Rajputs and the Alauddin Khilji chapter is quite painful, Hindu outfit Rajput Karni Sena threatened to chop off Deepika's nose. A leader even announced a cash prize for anyone who beheaded her.

However, Deepika stayed cool as a cucumber in the face of these threats. She later said that she wasn't afraid as she did not do anything wrong. It takes a lot of courage and wisdom to remain stoic, and maintain your sanity and gravity at such times.

One would have thought that after entering the happy matrimonial space and proving herself with the splendid roles she's performed in the past, Deepika would have taken it easy and opted for a lighter role. 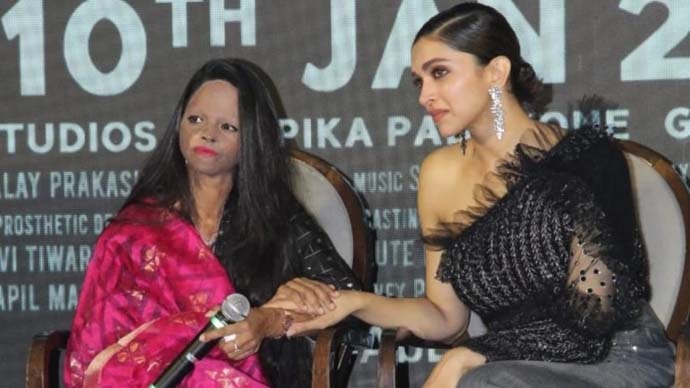 Instead, she went to essay the character of Malti - an acid attack survivor. While she says it took her a lot of learning and unlearning to play the role, she was sold on it within 10 minutes of Meghna Gulzar's narration of the script. Her compassion and tears for acid attack survivor Laxmi Agarwal (whose life the film is based on) shows her empathy and efforts for the film.

As the country was boiling over with protests against the Citizenship Amendment Act (CAA) and National Register of Citizens (NRC), violence erupted in JNU on a Sunday (January 5, 2020) evening. A masked mob violently attacked the students and teachers inside the university campus and vandalised hostels and other university property. It shook the nation.

While there was a clamour of opinion on social media, with each shouting louder than the other to make oneself heard, Deepika stood silently and in solidarity with the protesting students on the campus.

As soon as the photos of her with protesters came out, Twitter exploded. On the one hand, there were those who supported her bold move, saying that she took a stand and had all the right to give an opinion. On the other hand, there were others alleging that she supported Kanhaiya Kumar. While others still called her an anti-national, urban Naxal and what not. #BoycottChhappak started trending on Twitter. Some even called Deepika's visit to JNU a promotional stunt. 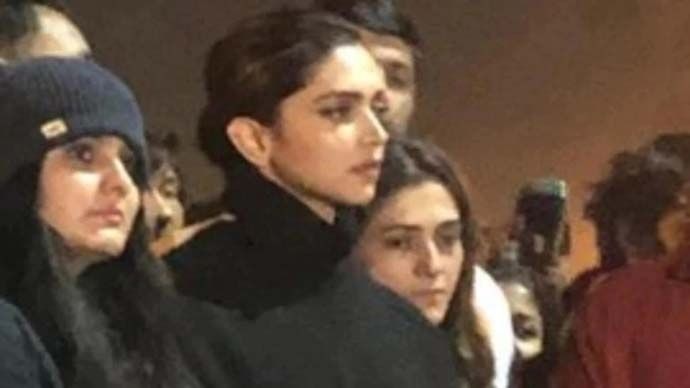 Deepika stood silently and in solidarity with the protesting students at JNU. (Photo: Twitter)

Do you think a star of her calibre needs to promote her movie this way? Why would she want to ruin days of hard work with negative publicity from naysayers days before the release of her film?

Deepika stood up for what she believed in. This was indeed the boldest statement Bollywood had ever made. She didn't visit JNU as a star but as an empathising human being. In today's world when most Bollywood heroes would opt for tried-and-tested cushy roles, and stay in the comfort of their homes, and would only make politically correct statements, Deepika knows her game.

She is our shero. We don't need heroes any more.

Post your comment
#Mentalhealthawareness, #Chennaiexpress, #Jnuprotest, #Chhapaak
The views and opinions expressed in this article are those of the authors and do not necessarily reflect the official policy or position of DailyO.in or the India Today Group. The writers are solely responsible for any claims arising out of the contents of this article.