Why Bollywood's men are missing from NCB chat leaks

The men are working. Women in Bollywood are ordering, procuring and consuming drugs. Aswatthama is dead. A half-truth has become a whole lie.

Bollywood’s actresses have long complained about being paid less than the actors. It now seems they divert their hard-worked, half-earned money towards getting a high way higher than the high heels they tip-toe around in. If someone ordered, someone delivered too. Here again, we find women - talent managers doubled up as delivery agents. In the world of narcotics, they become peddlers. We know it from the chats that have been accessed by the Narcotics Control Bureau (NCB) as part of the investigation (in case you forgot) in the Sushant Singh Rajput death case. It is the NCB sleuths who have been leaking the chats to the media. A leak is occasional. It is also accidental. The first thing one does once a leak is detected is to fix it. The NCB has followed leaks with more leaks, turning it into a deluge. Fish through the deluge and yet you can’t fish for one male actor in the leaks.

The men are working. Women in Bollywood are ordering, procuring and consuming drugs. Aswatthama is dead. A half-truth has become a whole lie.

To find the whole truth, let’s go back to June 14 when Sushant’s body was found - hanging or hanged by someone, we do not know. We do know it was Sushant’s body. Not Sushant. He was gone. No ill about those gone (forever) should be spoken.

About a month after the actor was gone, murmurs began Sushant was addicted to drugs. Nobody said it out loud because the dead must be respected. There is so much respect for the dead that death would be desirable if respect mattered to the dead.

The NCB has scanned through Sushant’s phone too. They have not told us if there were any drug chats there too. There are some mentions of Sushant being part of chat groups on which drugs were being discussed. He is not around but even those chats might lead the NCB to those alive and trading in drugs. Curiously, no one is interested. A young, successful actor, male by gender, consuming drugs is Bollywood’s old plot. It is passe. Fardeen Khan, Sanjay Dutt, Prateik Babbar have admitted to it, some have been punished for possessing more than one can possess, some others have been glossed over.

That some A-list actors in the industry take drugs is so widely known that it isn’t possible the NCB didn’t get a whiff even if it tried to escape the stench behind three-layered masks.

What did the woman wear when she reached the NCB office?

She came in a suit.

Must be wanting to present a clean image.

She came in Western casuals.

How brazen can she get?

Brazen enough to smash your patriarchy – read a T-shirt quote that also gently talked about the colours of flowers.

Some saw that T-shirt as a woman playing the ‘victim card’. The same ‘some’ see consumption of alcohol, cigarettes and drugs as more wrong for women than men. If you still don’t see patriarchy, you are a patriarch too. 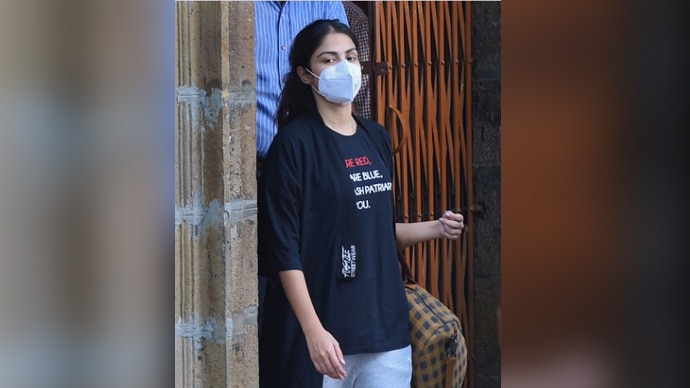 It is difficult to prove motive behind only women’s names being made public. After being used to sell tyres, toothbrushes and titillation, a little more use of women to sell a narrative about a Bollywood den where women consume drugs could be a story many wanted to hear. It could also make for a solid web series (remember Aarya and how we all loved seeing Sushmita Sen spouting the lines: 'Pehle dhanda mard sambhalte thay, ab bache nahi'?). A similar story about male actors might have met dismissive shrugs, or “we knew it” responses.

People would then be looking for “what else is happening around”. With Rhea, Sara, Deepika and who not walking in and out of NCB office, everything around has come to a standstill. People are glued to them, watching what they wore, who they came with, how they walked, how they sat. The women came to the industry to be seen. See them.

NCB has done its job. But the NCB’s job is not done yet. The leaks will keep coming till we have forgotten that Sushant died. That Sushant could have been addicted to drugs. That men in the industry and men and women outside the industry are becoming addicts because NCB is busy leaking chats selectively.

#Rhea chakraborty, #Sushant Singh Rajput, #Ncb, #Deepikapadukone
The views and opinions expressed in this article are those of the authors and do not necessarily reflect the official policy or position of DailyO.in or the India Today Group. The writers are solely responsible for any claims arising out of the contents of this article.