"Let's try out at least one Diwali without firecrackers," observed a Supreme Court bench headed by Justice AK Sikri, as it brought back the November 2016 ban on sale of firecrackers in Delhi-NCR. The apex court’s idea here, it seems, is to test whether or not firecrackers really add to the overall levels of pollution in the capital.

On November 1, 2016, the apex court had suspended all licences which "permit sale of fireworks, wholesale and retail within the territory of NCR". Later, on September 12, 2017, however, the apex court had temporarily overturned its earlier order and permitted the sale of firecrackers, saying a blanket ban would be an "extreme step" and a graded approach was needed to curb pollution.

According to an NDTV report, three children, supported by Central Pollution Control Board, had gone to the court asking that its order banning the sale of crackers in Delhi in November 2016 be restored. 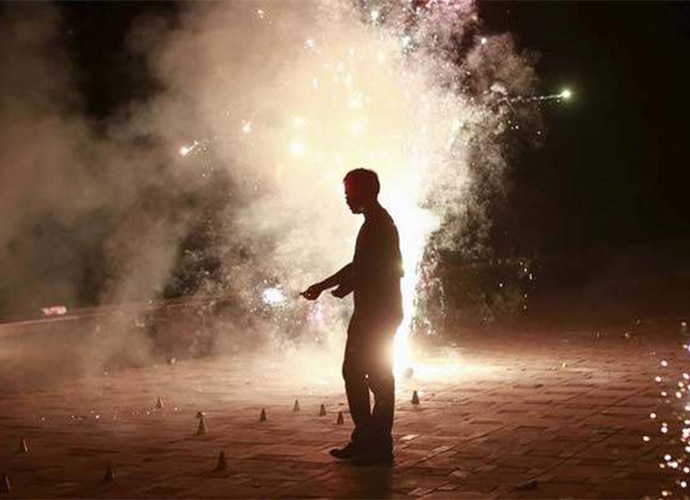 Advocate Gopal Shankarnarayanan, appearing for the petitioners contended before the court that ban should be restored as NCR had witnessed a huge rise in air pollution during and after Diwali last year.

The apex court, however, had said its order lifting the suspension of permanent licences may require a review after Diwali, depending on the ambient air quality after the festival. It directed the Delhi Police to reduce the number of temporary licences by 50 per cent and cap it at 500.

Shankarnarayanan's claim merits a debate. There is no denying that Delhi-NCR witnessed one of the worst spells of smog and ultra-elevated levels of air pollution in November 2016, to claim that this was caused by firecrackers alone is problematic.

In 2016, the ideal PM (particulate matter) of 10 had reached toxic levels of 999 (more than 10 times higher than what is considered safe to breathe). The PM 2.5 rose to 743. And even though this steep rise in pollution levels happened suspiciously close to Diwali celebrations, the environment ministry attributes the sudden spike to four main factors that do not include firecrackers.

“It has been observed that open burning of solid waste in and around Delhi, vehicular emissions in Delhi, dust by the roadside and around construction sites in Delhi and stubble burning of crop residue in neighbouring states of Delhi are major contributors to pollution in Delhi,” said the environment ministry in a press release.

A 2015 Greenpeace report claims that round the year, the Indian metros, particularly Delhi, have very high quantities of pollutants in the air. The report adds that the average year-round air pollutant levels in Delhi were more than five times the safe levels specified by India and 10 times higher than the limits specified by WHO.

The report identified construction and vehicular traffic as the two largest contributors of pollution. Burning of paddy husk in nearby states such as Punjab, Haryana and Rajasthan, and construction dust, are equally big factors.

As senior journalist Shekhar Gupta rightly pointed out in a tweet, "Article 142 is for exceptional use, not as a norm (sic)."

SC ban on Diwali crackers is troubling. It’ll draw copycat demands on other faiths’ festivals. Art 142 is for exceptional use, not as a norm

Soon enough, the yearly pro-Diwali arguments and whataboutery split the social media users over the Supreme Court diktat. Author and columnist Chetan Bhagat tweeted about the supposed hypocrisy of this SC move, implying that it had anti-Hindu undertones.

Can I just ask on cracker ban. Why only guts to do this for Hindu festivals? Banning goat sacrifice and Muharram bloodshed soon too?

Banning crackers on Diwali is like banning Christmas trees on Christmas and goats on Bakr-Eid. Regulate. Don’t ban. Respect traditions.

I want to see people who fight to remove crackers for Diwali show the same passion in reforming other festivals full of blood and gore.

Many pointed out to the author that Diwali is the festival of light, not firecrackers, but Bhagat isn't the first to make such an observation, nor is he the only one who is guided by the illogic.

In 2015, Kaliswari Fireworks, a leading cracker manufacturer in Sivakasi, moved the Supreme Court saying that banning fireworks during Diwali is against Hindu belief and mythology.

Advocate Gautam Bhatia too called this ban problematic. He referred to Article 142 as “one of the most misused provisions of the Constitution", used to justify the liquor ban and the national anthem order.

Article 142 gives the court powers to go above and beyond for doing "complete justice", something that should not be encouraged at all.

SC's firecracker ban is a textbook example of outcome-based judicial overreach, which also gives you stuff like the national anthem order.

SC can't go around banning stuff unless there's a specific law that is being violated.

The problem is that if you applaud the SC when it goes beyond its remit to do something you like, you have no leg to stand on when the +

The more you concentrate power in courts, the more you risk the creation of yet another authoritarian institution.

Enforcement of decrees and orders of Supreme Court and unless as to discovery, etc

(1) The Supreme Court in the exercise of its jurisdiction may pass such decree or make such order as is necessary for doing complete justice in any cause or matter pending before it, and any decree so passed or orders so made shall be enforceable throughout the territory of India in such manner as may be prescribed by or under any law made by Parliament and, until provision in that behalf is so made, in such manner as the President may by order prescribe.

(2) Subject to the provisions of any law made in this behalf by Parliament, the Supreme Court shall, as respects the whole of the territory of India, have all and every power to make any order for the purpose of securing the attendance of any person, the discovery or production of any documents, or the investigation or punishment of any contempt of itself.

Constitutional lawyer KK Venugopal, in a Hindu editorial wrote about Article 142, questioning whether or not it is time for the Supreme Court to introspect on whether the use of Article 142 as an independent source of power should be regulated by strict guidelines.

Calling or implying that the SC verdict is anti-Hindu is ludicrous at best. That being said, the ban while being a test of sorts, feels problematic and to a certain degree, an overreaction.

Also read: Why Madhya Pradesh police personnel are so stressed they're turning on themselves

Post your comment
#Communalism, #Air Pollution, #Firecrackers, #Delhi ncr
The views and opinions expressed in this article are those of the authors and do not necessarily reflect the official policy or position of DailyO.in or the India Today Group. The writers are solely responsible for any claims arising out of the contents of this article.