Why we should not blame Punjab, Haryana, Uttar Pradesh farmers for Delhi pollution

In this annual ritual of blame game, the farmers are the biggest losers.

It's a familiar and almost ritualistic discourse that annually surfaces ahead of Diwali, when farmers in Punjab, Haryana, Uttar Pradesh and other north Indian states race to prepare the ground for the winter wheat crop.

It reminds us how multitudes of “irresponsible” cultivators stay up nights to set fire to the paddy stubble that clogs their farmland after they have harvested the Monsoon rice crop.

The total crop residue burnt in India (according to the Indian Agriculture Research Institute or IARI) is in excess of 100 million tonnes, and more than half of this — 50 million tonnes-plus — happen in Punjab, Haryana and Uttar Pradesh. 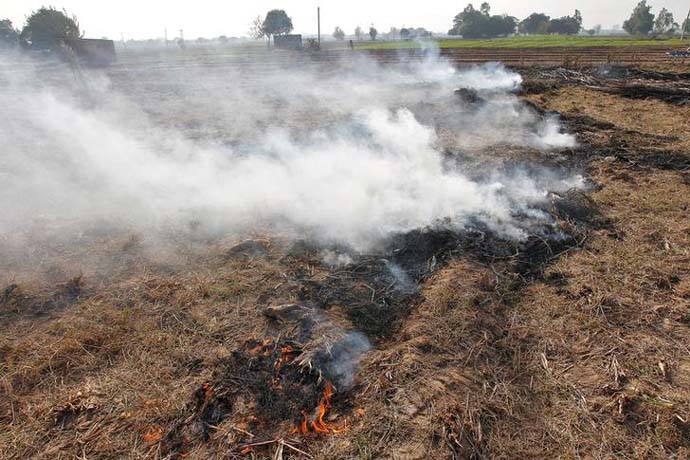 The total crop residue burnt in India is in excess of 100 million tonnes. (Photo: Reuters)

Although crop residues are burnt at the end of both cropping cycles — April-May for wheat and October-November for paddy — it is the autumnal paddy straw burning that really brings big problems in dangerously raising air pollution levels in the national Capital Delhi and most northern states where the cooling temperatures prevent the noxious smog from rising. It is just the second week of October and the past few days have already seen the air quality across the region of the Indo-Gangetic Plain shift from ‘poor’ to ‘very poor’.

And it’s not just human and animal health hazards that this poses.

An estimate by the Punjab Agriculture Department presented during a seminar on The Stubble Burning Conundrum in Chandigarh on October 10, says that burning paddy straw also rids the topsoil of 1.43 million tons of precious nutrients and beneficial micronutrients!

Organised by Climate Trends, a Delhi-based media strategy initiative, speakers at the event — including agriculture, trade and policy expert Devinder Sharma, Punjab’s chief principal secretary Suresh Kumar and Bharatiya Kisan Union (BKU) president Balbir Singh Rajewal — were unanimous on one thing that would ordinarily elude most citydwellers who cry foul over farmers-burning-stubble, at the outset of every winter.

That the hard-toiling farmers, struggling to keep things going despite skyrocketing farm input costs and completely unrealistic state-determined pricing of produce, are the worst victims of policies that leave them with little option other than setting fire to stubble and other crop residues.

Kumar, who is viewed to be driving governmental policy in Punjab, was clear that there need to be a “variety of viable choices” made available to farmers, before governments resort to strong-arm means like penalising or arresting them for burning stubble.

An obvious way to go, Kumar believes, would be incentivise crop residue and encourage diversification into alternate crops. 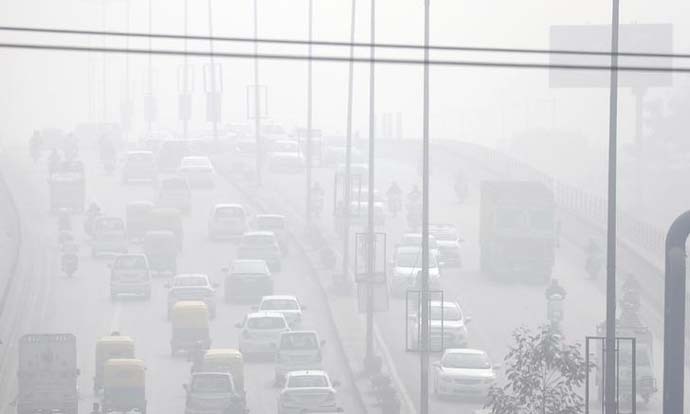 The farmer, his family and his cattle suffer the first; way before Delhi starts choking. (Photo: Reuters)

Sharma, who has been one of the most reasonable experts on agriculture in India, believes that that the debate on stubble burning needs to shift from merely the rising levels of pollution “to addressing the real reasons behind the burning and why farmers are continuing to commit suicide.”

There is evidently a gap, with farm incomes being stagnant despite piecemeal increments in support prices announced by successive governments.

In the end, the harsh truth about crop residue burning is that the farmer is the biggest loser.

In the rush to clear his holding for the wheat sowing (because every day of delay in sowing depletes the soil of moisture consequently affecting crop health and productivity), he is forced to suffer a progressive depletion of soil nutrients.

Also, way before residents in Delhi can sense the swirling smog from the burning stubble, the farmer, his family and his cattle suffer the first and perhaps the worst brunt.

#Agriculture, #Stubble burning, #Pollution, #Delhi Smog
The views and opinions expressed in this article are those of the authors and do not necessarily reflect the official policy or position of DailyO.in or the India Today Group. The writers are solely responsible for any claims arising out of the contents of this article.