Meet the Digisexuals: People who prefer cyber-sex to human sex. Is that just another choice?

More people are arguing that digisexuals be recognised as another sexual identity.

In December last year, Akihiko Kondo, a 35-year-old Japanese man, married a hologram. Before that, in China, Engineer Zheng Jiajia had married a sex robot he built himself, and is now making them for other men. In December 2016, a French woman had declared her intention to marry a robot she had married and 3D-printed.

These are only a few of the more famous cases of what researchers say is a rising tribe — of ‘digisexuals’.

Digisexuals are people who feel sexual attraction towards robots or other tools of ‘digital’ sexual gratification, often preferring them over human beings. In fact, brothels of sex dolls exist in Japan, Spain, South Korea — so people are willing to pay to have sex with robots instead of human beings.

Can digisexuality be treated as just another sexual identity?

Kondo, who married the hologram, says asking digisexuals to choose human partners is wrong. “It’s as if you were trying to talk a gay man into dating a woman,” he was quoted as saying.

Can sex dolls, robots and the many other variants of digital sex play a constructive role? Or is this a dangerous trend that will further cut people off from each other and mess up gender interactions?

Those who support such technological innovations say sex robots (using the term as a loose collective noun for all such services) can help lonely people, be used for sex education and be used as ‘practice tools’ to improve self-esteem and confidence. Suggestions have even been made to use them for therapy in care homes.

However, using sex robots for specific functions is different from coining a whole sexual identity around them — and the blurring of this line is dangerous. 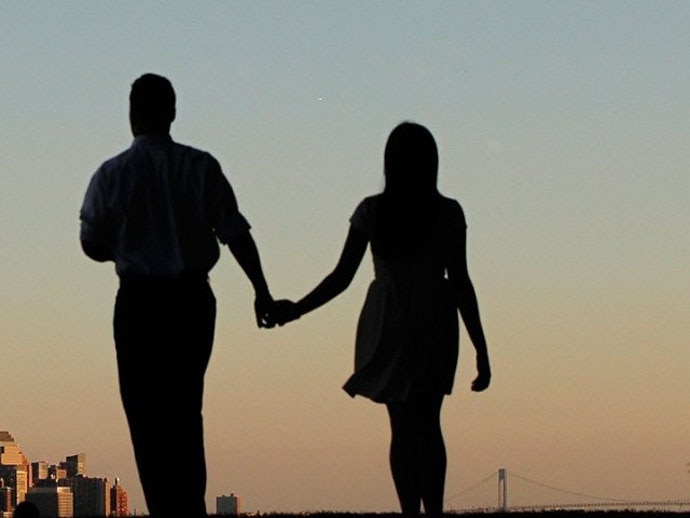 Man and machine — the new happily ever after? (Photo: Reuters/file)

First, robots reduce sex to a consumer service. Sex is not just about having one’s own needs satisfied, it is as much about the giving of pleasure as taking it. A doll would make the sex totally one-sided, not a trend we need to encourage.

Second, it disconnects the act of sex from all emotions. Sex is often an expression of intimacy, a celebration of connecting. Reducing it to its most mechanical is just that — a reduced version of the sexual experience.

And then, of course, is the gender angle to it — the customers of sex dolls are overwhelmingly male (one study says the average sex doll owner is a man aged 40-65). The gap begins from the supply side — there are far more female robots available than male ones. And the female dolls are meant only for heterosexual men, they do not perform functions that would sexually satisfy a woman. Samantha, one of the more famous sex robots. Most robots confirm to totally conventional standards of 'beauty'. (Photo: Twitter)

Also, most of the dolls strongly confirm to the male gaze’s popular definition of attractiveness — huge breasts, tiny waists, long-legged. The world does not need more ways of telling men that the ideal sexual partner is conventionally attractive, passive, has no demands of her own, and will do everything she is asked of.

Interestingly, there are more sexual toys available for women than for men — so women are being sold products that can enhance the sexual experience without men having to work for it, while men are being sold replacements for women.

Even the argument that sex robots are the ultimate sexual liberation — equal opportunity pleasure for everyone, regardless of ‘attractiveness’, social skills, desire for human contact — does not hold much water.

The fact that the costliest robots are those that are most human-like is confirmation that people still want the actual thing, even if they are willing to settle for the closest approximation of it.

Digisexuality is not sexual liberation — it is either man trying to play God, the ultimate creator, or it is capitalism’s most blatant effort to profit off human loneliness and insecurities.

Robots can be an accessory, an enhancer to sexual pleasure.

If they really start substituting the human experience, it will make for a scary, scary world.

Also read: Rise of the Planet of Digisexuals. Finally we have a solution to Indian 'mard's' problems