Various census and surveys have repeatedly been criticised for under-representing the population of persons with disabilities in India.

Importance of sound statistics can never be undermined for the crucial role they place in the development process by ensuring that scarce resources of the country are divided equitably. The Constitution of India under Article 39(b) also mandates that the ownership and control of the material resources of the community are so distributed as best to subserve the common good. The Office of the Registrar General of India and the National Sample Survey Office (NSSO) were established to collect these sound statistics so that these can be utilised for fulfilling the constitutional requirement of economic and social justice.

It will be impossible to achieve this goal when the most vulnerable section of our population has been ignored by the official statistics of our country. The Census of 2011 has been long criticised for under-representing the population of persons with disabilities in India. Latest released figures through the 76th round of National Sample Survey in 2019 follow the same unfortunate trajectory carved by the Census of 2011. 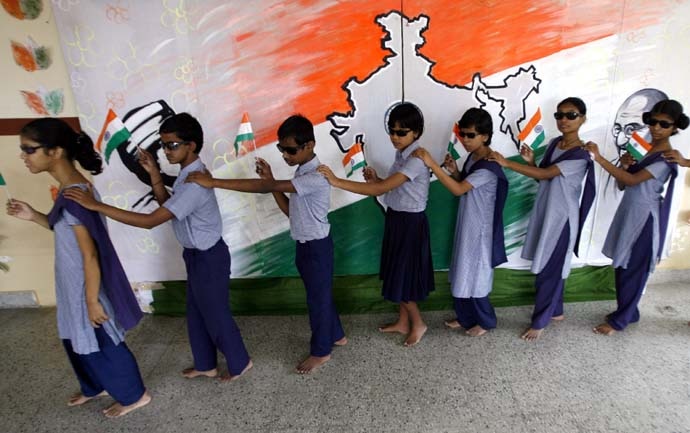 It will be impossible to achieve economic and social justice for all when the most vulnerable section of population has been ignored by the official statistics of our country. (Representational image: Reuters)

India has always been active in global development around disability, but has failed in ensuring that commitments made globally are fulfilled domestically. It is a signatory to the ‘Declaration on the Full Participation and Equality of People with Disabilities in the Asia Pacific Region’ (2000). It has ratified the ‘UN Convention on the Rights of Persons with Disabilities’ (2008). India is also a signatory to the ‘Biwako Millennium Framework’ (2002) for action towards an inclusive, barrier-free and rights-based society and the Incheon Strategy to “Make the Right Real” for Persons with Disabilities in Asia and the Pacific (2012).

It has actively pledged to “Leave No One Behind” towards the fulfilment of Sustainable Developments Goals (SDGs). All these global commitments require India to improve the reliability and comparability of disability data. Following the mandate of the Rights of Persons with Disabilities Act, 2016 Elections Commission of India has also incorporated this theme into the general elections of 2019.

While the number of persons with disabilities increased in the 2011 Census, it still underrepresented the population of disabled by 60 million as compared to the World Bank data. WHO in its World Report on Disability observed that low disability prevalence rate in developing countries is mostly due to their focus on a narrow choice of impairments.

The stark difference in the two data revealed the sheer ignorance with which data on persons with disabilities were collected.

The enactment of the Rights of Persons with Disabilities Act, 2016 has increased the number of disabilities to twenty-one. In this regard, data under the Census of 2011 is largely unrepresented. The stigma around disability forces households to withhold information from enumerators while the data is collected. (Representational image: Reuters)

Hopes were pinned on the 76th round of National Sample Survey on Persons with Disabilities, which was the first comprehensive official exercise after the enactment of the 2016 Act. The survey was done at the time when a decade of the 2011 Census was about to complete. The decadal growth rate of the population of persons with eight disabilities covered under the 2011 Census is 22.4 per cent. The data of the 76th NSSO report should have shown an increase in the population only if the decadal growth rate had been taken into account.

However, the result was disappointing as it reduced the figures compared to the Census data 2011. It reveals a gross underrepresentation of data considering the numbers of disability has itself increased from 7 to 21 from the last statistics.

With this trajectory, it would not be a far-fetched assumption to state that the upcoming Census of 2021 will also follow the same trail and millions of disabled people will continue to be missing from the official statistics. It can only be hoped that the government and civil society organisations continue to make concerted efforts towards improving disability statistics and make planned policies and decisions to truly achieve social justice for all.

Also read: I will never know how this world looks. But my life is colourful

#Physically challenged, #Handicapped, #Census 2011, #Disabled in india
The views and opinions expressed in this article are those of the authors and do not necessarily reflect the official policy or position of DailyO.in or the India Today Group. The writers are solely responsible for any claims arising out of the contents of this article.

The writer is a disability rights activist and is the Executive Director of National Centre for Promotion of Employment for Disabled People.