If we want people to consider a life of marriage, it is morally binding to make divorce simple, less suffocating and provide time-bound relief without disproportionately dragging the matter for months together.

The rise of divorce cases in India among the educated and affluent speaks volumes about the mindset of Indians. One out of every two marriages is heading into a divorce. Though ‘Happily Divorced’ is the new normal, it isn’t easily achieved, with partners stuck in broken-down marriages that are emotionally dead and beyond salvage. Mutual consent must not be the only way to fast-track a divorce, but as a progressive nation, we must be proactive in bringing about urgent reforms.

Different personal marriage laws based on religions have conflicting features, largely inconsistent with the Fundamental Rights enshrined in Part 3 of the Constitution of India. In the interests of equality, fairness and justice, when the amendments are made consistent with human rights, in the personal law of religion, its applicability should be made available to other religious personal laws as well to prevent deprivation of benefits of liberal outlook to other religious communities, bringing in some uniformity envisioned in Article 44 of the Constitution of India. 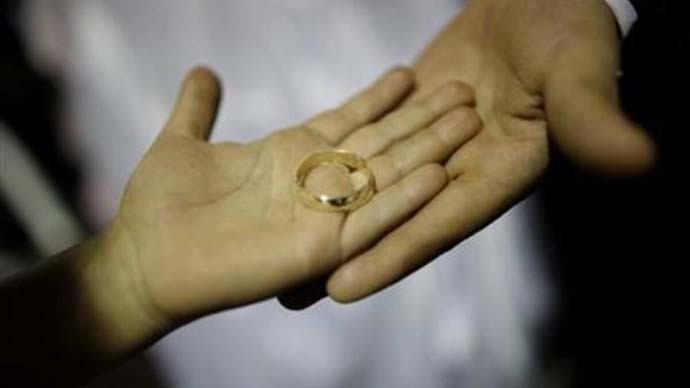 Grounds for divorce must be updated, realistic, and consistent with the Fundamental Rights and not gender discriminatory. New grounds related to irretrievable breakdown of marriage, sexual incompatibility, mandatory completion of the prescribed period to file for divorce, suppression of material facts, differences in sexual preferences and special reasons must be introduced.

The remedy of restitution of conjugal rights provided under various sections of personal laws — that order the guilty spouse to live with the aggrieved spouse — must be allowed only if both partners are hopeful of a second chance. If there is no mutual willingness, it destroys the purpose, may lead to marital rape, etc, and encroach upon the freedom granted under Articles 14, 19 and 21 of the Constitution of India.

There’s a need to categorise marriage based on the duration spent in matrimony, like quick marriage, short-term marriage and long-term marriage. Marriages ranging from few hours up to one year in ‘actual matrimony’ with or without a child can be termed as quick marriage. These marriages can also mean and include marriage conducted in haste with less or no public engagement to avoid parental or religious issues while being consistent with their rights guaranteed by the Constitution. Such marriages can be dissolved by Quick Divorce, granted as quick as in one day, a week or 15 days based on its uniqueness but within six months, with the least procedures with no provision for alimony.

Short-term marriages to be subdivided into contested or mutual consent, with or without children, and with 'actual matrimony' ranging from two to five years with the procedure of divorce involving settlement of finances with or without child custody and provision for alimony based on age and other considerations, which may or may not be permanent as the couple have a chance to remarry and alimony should not provide unjust enrichment. Short-term marriages must be granted dissolution within a year due to shorter existence in matrimony.

Any marriage lasting in 'actual matrimony' for a term beyond five years can be dissolved by similar procedures involving settlement of finances with or without child custody and permanent alimony in contested or mutual consent cases. Such long-term marriages must be dissolved maximum within two to three years.

Delayed justice in matrimonial cases is emotionally and financially draining, and granting divorce within a time-bound period ensures speedy disposal and enables couples to re-establish their lives afresh sooner instead of growing old and depressed waiting for dissolution.

The term 'actual matrimony' is being repeated to emphasise that spouses must have stayed together as husband and wife for the said period and to separate the period spent in wedlock from deadlock, which shows a longer duration of marriage on paper.

Alimony in short and long-term marriages should be allowed only when either spouse make monetary contributions for marital life and home. The granting of alimony, when spousal duties have been neglected consistently, makes it destructive and draining for the paying spouse and leads to unjust enrichment. Growing estimates show no dearth in alimony being used as a tool of exploitation.

The petitioner must be allowed to file for divorce before the Supreme Court directly in cases where Article 142 can be invoked to ensure complete justice between parties without waiting for the mandatory period as prescribed, thus saving valuable time and money.

Fast track courts to prevent piling up of cases and special courts for the economically backward class must be set up to address family matters.

Towards a time-bound solution in changing times

With rising live-in relationships across the country, with a preference for single parenting, opting for same-sex marriage, the traditional marriage is a dying institution today. If we want people to consider a life of marriage, it is morally binding to make divorce simple, less suffocating and provide time-bound relief without disproportionately dragging the matter for months together. It is in the nation’s interest to urgently reform obsolete clauses and where courts take decisions inspired by today’s trends that will give relief to parties and enable them to move forward in life faster. Divorce must be made simplified and less suffocating. Time-bound relief needs to be provided by urgently reforming obsolete and pre-constitutional laws.

Also Read | India has the lowest divorce rate in the world: 5 reasons why it’s not a good thing