Does magic work? These amulets and 'taveez' from ancient times claim so

From attracting wealth to warding off evil, ancient civilisations had many a secret that promises you all this, and more.

To protect from enemies.

To guard against evil.

To watch over your gold.

While today we seek objects which give us magical protection, riches and more, the practice is an old one, which began with many ancient cultures around the world. Darkness and light, the gods and the demons — they were each appealed to and sought favours from.

Did they work? Did the powers listen? Perhaps only the voices of the dead can speak and tell us the truth.

The Eye of Horus (Ancient Egypt)

Named after the falcon-headed god, the origin of this magical symbol goes back to the story of the Egyptian goddess Isis and her husband Osiris, the ruler of Egypt. His brother Set coveted his throne and through trickery and deceit, succeeded in murdering Osiris and usurping the throne. Isis, a mistress of the magical arts, resurrected Osiris for a time — and Horus was conceived. The Wadjet is used as a symbol of protection. (Source: Wikimedia Commons)

Isis raised Horus secretly, hidden from the eyes of his uncle, and the young Horus went on to later battle Set and vanquished him, but in the fight, he lost an eye.

This eye was magically restored to him — some legends say — by Hathor, another manifestation of Isis, and some say by Thoth, the Egyptian god of wisdom. And thus came about the magical tradition of the eye of Horus.

Called the Wadjet, it is used even today as a symbol of protection. For the ancient Egyptians, it was an amulet of divine protection used for the living as well as the dead. Funerary carvings and jewellery made frequent use of this symbol. These were often buried in tombs to protect the deceased in the afterlife. In day-to-day life, it was used for preventing harm from befalling one and against the evil eye.

Those who remember the Hollywood film Exorcist will recall the statue of a demon figure — with the body of a man, talons of a bird, the head of a dog or a lion, two pairs of wings and a sharp scorpion’s tail. In Mesopotamian lore, Pazuzu is the demon of the south-west winds and can carry with him destructive storms, drought and locusts. He was believed to be the protector from the demoness Lamashtu, a fearsome figure, who they said could kill or maim children while in the womb or harm pregnant mothers. Amulets of Pazuzu are always kept in small sizes, to invoke the deity's protective powers, not its wrath. (Source: Wikimedia Commons)

But while the modern-day use of the word 'demon' has a dark and negative connotation, the origin of it lies in the Greek word ‘daimon’ — meaning ‘spirit’. That meant a consciousness which could be good or evil. In Mesopotamian lore, demons were sent by the gods to remind wrongdoers of their sins and to put them on the right path.

Pazuzu amulets were often worn by pregnant women to protect them and their child. Small children were often given tiny amulets in the form of Pazuzu heads. Homes kept small statues of Pazuzu in order to be protected from the evil eye and from the workings of Lamashtu.

Interestingly, keeping the likeliness of the demon was said to attract its attention to the worshipper. That is why amulets of Pazuzu were always kept in small sizes, so as to invoke the power as a protective deity and not bring down its wrath. 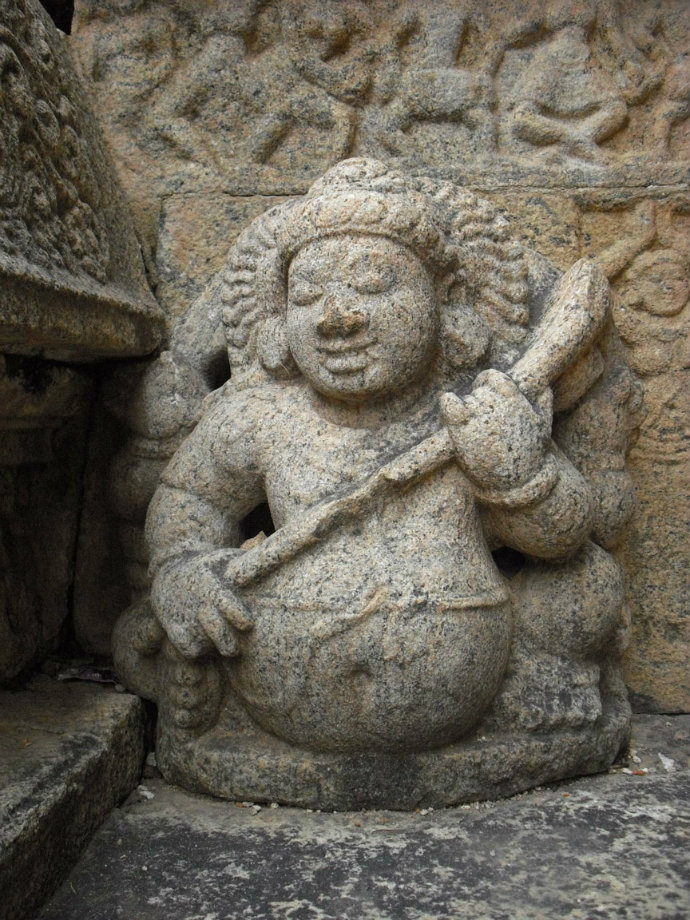 A popular god in Indian mythology, Kuber rules over money and all that is material. Late Puranic texts talk of Kuber as being a fat, dwarf-like figure, carrying a bag of gold, a club and sometimes, a pomegranate. His domain was a garden of perfect happiness, where all may be obtained without exertion or struggle.

It is interesting that while Kuber is part of the orthodox Hindu pantheon, his description is more like a magical wish-granting creature.

Many houses in India keep little brass statues of Kuber hidden away in locked cupboards along with their stash of money or jewellery. Wearing small lockets or a taveez, with the form of Kuber engraved on it, is believed to attract all the world’s riches to you.

Also read: The evolution of Goddess Durga and Durga Puja

Post your comment
#Kuber, #Demon god pazuzu, #The eye of horus, #Ancient civilization
The views and opinions expressed in this article are those of the authors and do not necessarily reflect the official policy or position of DailyO.in or the India Today Group. The writers are solely responsible for any claims arising out of the contents of this article.