Why feminism might just be a laughable idea to many women

Domestic violence is such an integral part of women who come from lower-income families that it takes a brave one to take a stand or snap.

It was an ordinary day off. She promised she would be back at the crack of dawn to make some pizza for the children’s school lunchboxes. But she didn’t return. My calls to her went unanswered till she finally picked up hours later sobbing and barely coherent. She had been beaten up mercilessly till she fell unconscious — she has no idea for how long. The rest of what she wanted to say was dis-connected mid-sentence.

My cook had gone to meet her husband. As she said, she was relaxing, watching a drama series on her phone when her husband lost his cool and beat her black and blue. The provocation: a lazily asked question on why he drinks. 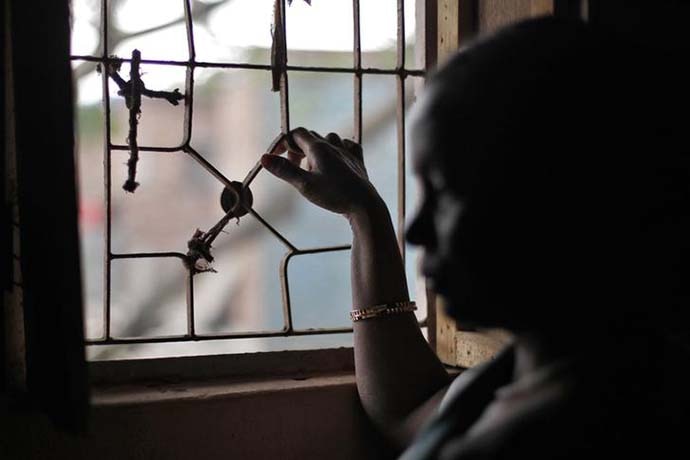 Women like my cook do not want to escape. (Representative image: Reuters)

We sent help but she refused to leave, saying she would be thrashed even more if he saw her leaving with strangers. There is no love here, only fear and necessity. The police, she said, was out of the question, as it would bring a bad name to her family.

More than the harshness of this incident is the frustration of knowing that this is far from being an isolated incident. On the contrary, my cook mirrors countless other women across the country whose spirits are repeatedly put to the test and their bodies constantly violated; yet they remain a part of this misogynist cycle, more often than not, voluntarily.

Women like my cook do not want to escape; their conditioning doesn’t allow them any change. In their quest to just not get beaten up every day, they would probably laugh at concepts like feminism. Those are not choices these women have. In fact, having any choice for them is a luxury.

In our emphasis on Beti bachao, beti padhao, there is a generation of women everyone forgot. They are someone’s wife and, although may not be young, they are also someone’s daughter. They are battered, they are bruised and they are killing themselves.

A recent Lancet study should have the alarm bells ringing. Indian women account for about 40 per cent of suicides by women globally between the ages of 15-39. What is even more damning is that most of these victims are married.

The author of the Lancet Paper, professor Rakhi Dandona, says financial hardships and marital pressure are some of the prime causes for the condition these women find themselves in. It fits in perfectly with my cook and thousands of women in her situation who work hard to save money, which is either blown up by their drunk husbands or confiscated by aggressive men. 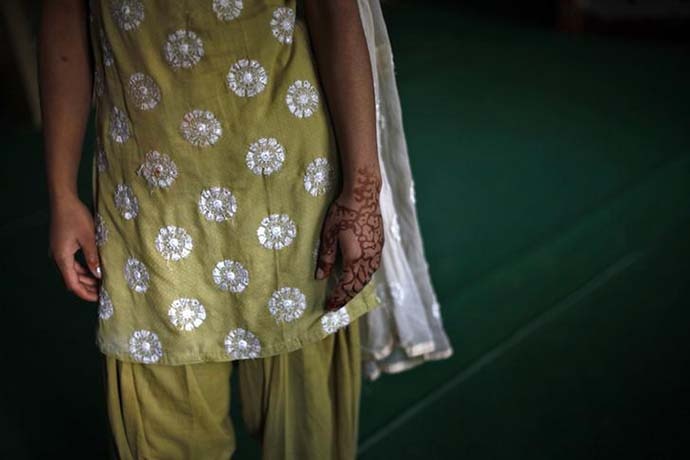 A deep-rooted malice: One has to make a marriage work, as we have not taught our girls any other way of survival. (Representative image: Reuters)

Domestic violence is such an integral part of women who come from lower-income families that it takes a brave one to take a stand or snap. More often than not, their father will disown them for speaking out in public and bringing ‘badnami’ to the family. But, by no means is this restricted only to the poor in our society.

The Domestic Act, 2005, does not always encourage women to speak out, but when they do, they hit a wall. The police, more often than not, dismiss such complaints as marital disputes that should be solved within the confines of a home. Marital rape is still not considered a crime under the Indian Penal Code.

Judgments like a Supreme Court ruling, granting a man divorce on the ground of ‘cruelty’ because his wife refused to live with his parents set bad precedents in an environment that is already forcing women to stay in abusive marriages.

In his judgment, justice Anil Dave blamed ‘western thoughts’ for the wife’s thinking, saying it violated traditional values. And it is this tradition which is shackling our women, many times at the cost of their own lives.

A few months ago, a 39-year-old air hostess with a German airline allegedly jumped from the terrace of her South Delhi home and killed herself. Anissia Batra had studied in one of India’s elite boarding schools and was the daughter of a retired Major of the Indian Army. Yet reports say she was regularly assaulted by the husband and, in fact, the first attack took place as long ago as her honeymoon.

Allegations of dowry harassment against the husband have also surfaced, although some reports also say that the family did give in and gifted a BMW car and some diamond jewellery. Maybe things are not always black and white, but if an educated woman can take this extreme step, then imagine how little it takes for our society to break the illiterate and the poor. After the suicide, a friend of Anissia was quoted saying how the victim despite the problems always insisted that it was a marriage and she needed to make it work since those were the notions she had been brought up with. Not from same section of society, but bound by the rigidity of tradition. (Photo of Anissia Batra)

To put it in perspective, about 20,000 housewives committed suicide in 2014 and the Lancet report goes on to add that farmer suicides is 1/4th this number. Yet, at least the farmers make an occasional headline, these women and their struggles remain nameless and anonymous. They may all not be from a particular section of society, but most of them have one thing in common — they are bound by the rigidity of tradition.

The problem is so deep-rooted that multiple agencies need to work in tandem to get these women out of the abyss. Creating awareness in our society and sensitising those around the victim is needed foremost, because what these women fear is survival. But it cannot be done without adequate funds and resources, not just to protect these women, but also to guide them away from the only life they have known. Most importantly, we need to make these women a priority.

They say it takes a village, but we haven’t even started because what these women suffer is not even recognised as a problem. Our society has turned a blind eye and that is what gives men like my cook’s husband the audacity to take her to a doctor to treat her wounds after beating her as though it’s his right. There is no remorse — it’s all in a day’s work.

Will my cook’s scars heal?

For now, it’s a baby step that she has agreed to meet women rights activists and understand her rights.

She may choose to not do much about them, but it’s a start.

Also read: Dear women, do you know how fleeting female power is?

#Marital Rape, #Women Empowerment, #Feminism, #Domestic Violence
The views and opinions expressed in this article are those of the authors and do not necessarily reflect the official policy or position of DailyO.in or the India Today Group. The writers are solely responsible for any claims arising out of the contents of this article.