Why a posh society in Noida saw domestic workers revolt

How long are we supposed to ignore this?

A working class uprising in a posh Noida residential society is not day-to-day regularity, but it is nonetheless a serious affair. On July 12, around 7am, the residents of a Mahagun Moderne, housing society in Noida’s Sector 78, woke up to almost riot-like conditions.

A posh society in Noida sec 78, where maids and other workers revolted today and ended up with stone pelting pic.twitter.com/wHUpns1roe

A mob, mostly comprising domestic helps and their friends and family, had gathered around the society and tried to enter the premises. In fact, they also resorted to stone-pelting. A female domestic help at one of the houses in the society had allegedly been beaten up by one of the residents and this not-so-peaceful protest had risen up because of that. The mob had also blocked the Dadri-Surajpur-Chhalera road at Barola.

The police were quick to arrive and handle the situation. “Most of the protesters are domestic helps, who are angry that a maid has been allegedly beaten up. We are trying to contain the protest,” superintendent of police Arun Kumar Singh told Hindustan Times. The residents, however, disagree. According to them, the domestic help in question, was caught stealing (Rs 17,000) from one of the apartments and was handed over to police, and the protest was a response to that.

In fact, according to a report in The GenX Times, the house owner claims to have CCTV footage of the domestic worker stealing cash from the house.

As stated in response to a question tabled in the upper house of Parliament in 2014, a study was published by the Ministry of Women and Child Development that tracked reports of violence against domestic helps between 2010 and 2012. Across India, in all states and union territories, there were 3,564 cases of alleged violence against domestic workers reported in 2012, 3,517 in 2011 and 3,422 in 2010.

According to a report presented by the National Domestic Workers' Movement, “Domestic workers are highly exploited and denied just wages and humane working conditions. They are paid well below the minimum wages for unskilled or semi-skilled workers. The vast majority of live-in domestic workers work a minimum of 15 hours a day, seven days a week.”

“Wage, leave facilities, medical benefits, and rest time are at the employer’s mercy. Moreover, they are often victims of suspicion. If anything is missing in the house, they are the first ones to be accused with threats, physical violence, police interrogation, conviction, and even dismissal,” added the report. 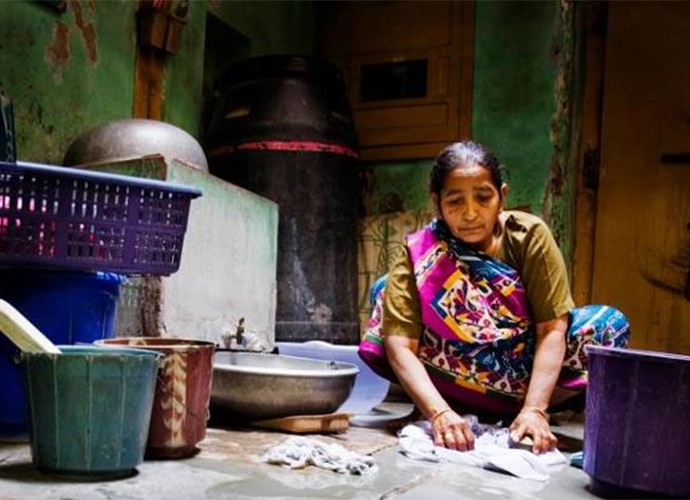 Such registration will facilitate their access to rights and benefits accruing to them as workers. They will also have the right to form their own associations and trade unions. Additionally, they will receive the right to have minimum wages, access to social security and protection from abuse, harassment, violence.

But is that enough?

Class and caste divide in India plays a big role in the oppression of the poor. As was rightly stated in a 2015 report in Rediff, “Indians are amongst the most "servant-dependent" people in the world. From getting our dishes washed to our toilets cleaned, our children minded to our dogs walked, from being driven to work to having our lunch boxes opened and our clothes ironed, our need for domestic servants is total, at least 16x7, leaving out the sleeping hours.”

Tripti Lahiri, the author of Maid in India: Stories of Inequality and Opportunity Inside Our Home, talking about the abuse of domestic workers in India says, “Many of them were teachers or nurses or a profession that involved an element of care, but they behaved very differently with their maids. The behaviour is always defended in some way. It makes for a very toxic relationship between the employer and their maids.”

Stone-pelting, gheraos, revolt and consequent swift action by the police. This incident form Noida will soon be forgotten. A lot of people may just brush it off as because the domestic worker in question had allegedly robbed the house owner. But what lies beneath this incident is the way an entire section of people are mistreated throughout the country.

How long are we supposed to ignore this?