It would seem that 'Uncle Sam' was forewarning and acting on behalf of the United States of America!

The Donald may be the trump card that Republicans don't know what to do with even with the frumpy grumpy's ratings skyrocketing, there are telltale signs that the guy might not bode so well for the future of the USA. As the Time magazine's "blooper video" spells it out all too clearly, a 27-year-old bald eagle, portentously named "Uncle Sam", categorically "attacked" the presidential hopeful in August this year, during a photoshoot for the magazine's cover-story on the "Person of the Year runner-up"!

Donald was seen dodging and grimacing as the eagle, which he had to hold in his hand for the shoot, lunged at him, messing up his perfectly done flaxen mop, and sending the magazine crew into a tizzy-cum-laughter riot. All that Trump could manage to salvage the situation was: "What you will do for a cover - this bird is seriously dangerous but beautiful!" While Uncle Sam's badgering of Donald Trump may not be politically motivated (I can't be sure), here are 11 possible reasons why I think the birdie did what he did. Read on!

1. Patriotism: Appropriately named, Uncle Sam was acting on behalf of the country, and particularly, the Statue of Liberty which fears an ISIS-like beheading from Trump in case the latter makes it anywhere close to the White House! 2. Obama's spy: ÚS president Barack Obama has sure been nursing a secret desire to smack Donald Trump for the latter's thorough and undiluted buffoonery, squandering in thin air whatever remains of the fabled "American credibility" on world stage. So, just conjecturing if Uncle Sam was actually doing Obama's bidding?

3. Putin's tiger: Vladimir Putin's pet tiger clearly doesn't want competition from Trump as the Russian president's best friend. Since The Donald has expressed his earnest wish to be Putin's BFF, it could be that the tiger did a Sher Khan and befriended the Kaa'ish Uncle Sam? 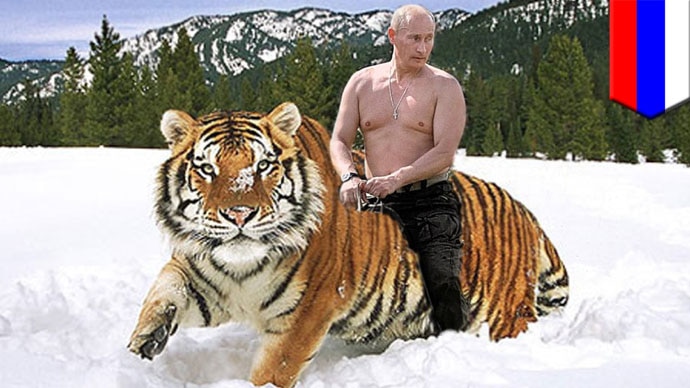 Move over, Trump! Darth Putin is my best friend.

4. Ivanka's revenge: Because her father has been trumpeting the fact that he harnesses the hots for his daughter, could it be that Ivanka Trump trained Uncle Sam in an early bid to shut the hell out of Donald Trump? After all, it was either the eagle or the golf stick! 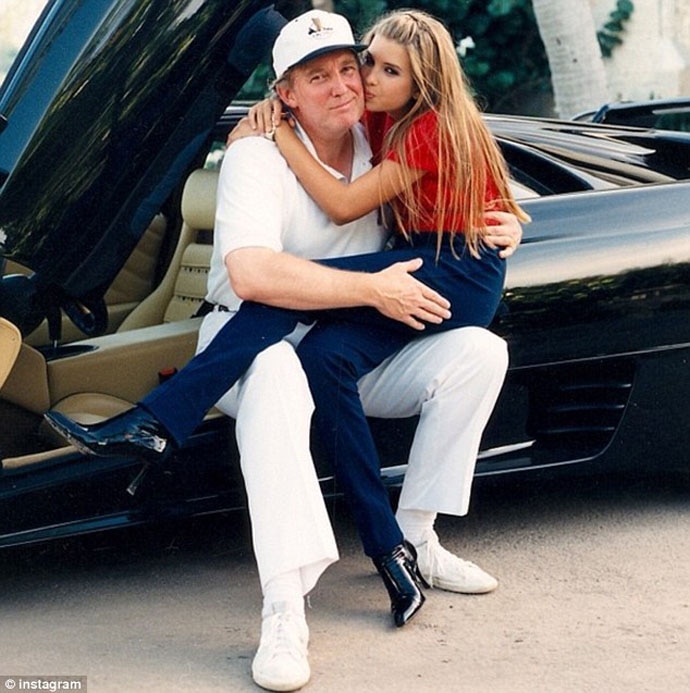 Also read: Does Trump want to sleep with his daughter? Trevor Noah thinks so

5. Syrian refugees: It could be a case of telekinesis. Uncle Sam fretted and lunged at Trump in a moment of compassion for the folks on the flotillas adrift on the Aegean Sea.

6 Angela's early scorn: Given that Time picked the German chancellor Angela Merkel as its "Person of the Year", it's entirely possible that Uncle Sam was not being adversarial, but rather subtly indicating Donald Trump to tone down. Instead, Trump went:

7. Jeb Bush and Ben Carson: Trump, for all his nonsensical proclamations, is nevertheless surging ahead of both the neurosurgeon Ben Carson and that dynast Jeb Bush. Could it be an inside job then? You know death by ridicule? Oh, we forgot! THAT does not work on Trump!

8. Megyn Kelly: The Fox News anchor, who was famously asked if she was having her periods by Donald Trump, albeit almost a month later, could have had a premonition of sort. Had she "bewitched" Uncle Sam? Done voodoo and stuff? 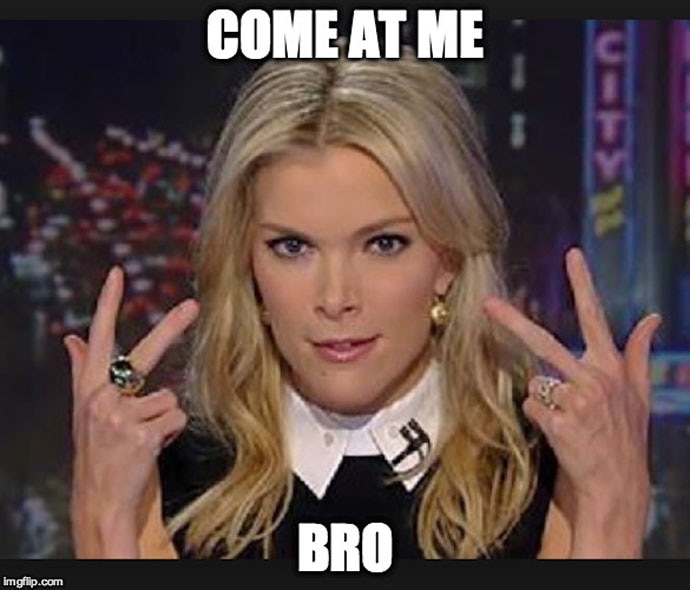 9. Global warming: You know when you are almost about to have a climate change denier in the White House, things are dire. How does Mother Nature fix the problem? Pat! Send in an emissary with the bite encoded!

10. Anonymous: Now that the hacktivist group has "officially warned" Trump, could it be that they were just beta-testing in August, remote-controlling Uncle Sam via that clearly "bugged" aspirin shelf?

11. ISIS: Ever since some of the liberals have started branding Donald Trump as "White ISIS", it's but obvious that the originals have been miffed. Why let a copycat, that too a kafir copycat, walk away with all the credit, huh? So, the Eagle landed, where it had to! #Time magazine, #Uncle Sam, #Donald Trump
The views and opinions expressed in this article are those of the authors and do not necessarily reflect the official policy or position of DailyO.in or the India Today Group. The writers are solely responsible for any claims arising out of the contents of this article.