DD's biggest drawback has been the reluctance of successive governments to give it the independence.

Doordarshan News has played a pioneering role in Indian television history, much like other programming. Almost 50 years ago when Doordarshan changed its nightly news bulletin from a mere experimental service to a regular one, first in Hindi and later in English, it brought to India the first audiovisual news.

It was all the more significant owing to the large-scale illiteracy in the country. Although the All India Radio many years earlier had given access to news to millions of people across India, for many seeing was believing.

By 1982, the state broadcaster went colour and nationwide through satellite uplinking and a hundreds of low-power transmitters. By the 1980s, not only were Hindi and English news telecast but there were regional newscasts in over a dozen languages.

Doordarshan’s biggest drawback has been the reluctance of successive governments to give it the independence, which a public broadcaster deserves in a democracy. In 1964, Indira Gandhi set up a committee under Ashok Chanda to examine the state of broadcasting (All India Radio). In its report the committee noted, "The independence of All India Radio was systematically undermined by ministerial interventions in programming and through political appointments of staff: successive ministers usurped the policy-making functions of the directorate-general and started interfering even in matters of programme planning and presentation."

Subsequent committees - headed severally by PC Joshi (1985), BG Varghese (1978), PC Deodhar (1991), Nitish Sengupta (I995) and so on - talked about the need for autonomy of the Prasar Bharati. However, no government has had the courage to do this. An attempt was made in 1997 when the Prasar Bharati Act was promulgated and the All India Radio and Doordarshan were transferred to the this supposedly autonomous body. In effect, the government till today controls it indirectly.

Doordarshan News from its early days had a propensity to show ministers and other politicians at the turn of a frame. There was a heavy dose of government news and a pro-ruling party bias, but that was still subtle. Things changed during the Emergency and Indira Gandhi was the first to realise the potential of the medium. She began to manipulate it to her advantage. Since then the credibility of DD News has still not recovered (though now the same can be said about private news channels too). Yet, in a way, it was our window to the world.

Occasionally, live coverage of important events gave Indians a sense of immediacy and participation in the news. Elections, especially the results, were reported instantly. Disasters, including wars, were shown on Doordarshan. When an important personality passed away it was to the All India Radio and Doordarshan that people turned to.

DD News anchors became stars, and to get featured on news was a major achievement for most Indians. Interestingly, news was one of the most popular programmes on TV. DD News reached its peak in Rajiv Gandhi’s time as it hesitantly opened its airwaves to independent programming.

In 1988, Prannoy Roy started The World This Week. Then came along Aaj Tak and Star News, and the face of news changed. One had thought that the advent of private satellite channels will make Doordashan sit up. However, after an initial few years in the 1990s, it was clear that DD was banking more on its reach than quality of its programming.

Over the years, Doordarshan and AIR (Prasar Bharti) have developed some endemic problems. The fist, of course, is the lack of independence and bias towards the ruling dispensation of the day. It is over-staffed and under-skilled. Manned by bureaucrats and generalists (Indian Information Service officers) who may be transferred at the whim of the government, Doordarshan News has failed to modernise itself.

No doubt at a time when other TV news channels (India has over 150 regular broadcast news channels in 20 languages) have become audio-visual battlegrounds, DD News is still largely vanilla news. This should give it an edge, but lackadaisical production values, poor presentation and credibility gap has actually made it an also-ran. If it was not for its legally mandated carriage by all platforms and its free to air availability besides being the only terrestrial option, DD News would have minimal viewership. It just doesn’t have adequate funding and properly trained staff (besides its engineers).

Ever since the success of CNN, and more recently Al Jazeera, there has been a clamour in government circles about the need of a global Indian channel. The Ministry of Information and Broadcasting set up a committee in 2005 to prepare a blueprint of such a channel. I was a member of this committee and was informally told that the proposed channel had the blessings of NDA chairperson Sonia Gandhi. Apparently, veteran journalist and foreign affairs specialist Saeed Naqvi was to head it.

During the deliberations, I pointed out that in 2005 we would need at least Rs 500 crore to set up the basic infrastructure for the channel, and distribution would be a challenge. As is the wont, the proposed channel was ultimately confined to the musty files of Shastri Bhawan.

The world has since moved on. Mobile phones and social media have become major news  source for most people.

In fact, most broadcasters around the world are already talking about the death of linear broadcast in a few years. Online news is today’s favoured option (that is if the youth are interested in news beyond social media).

In India, the dwindling universe of news watchers is now primarily interested in slanging matches and overzealous anchors. Breaking news has literally broken the news format .It is entertainment like WWE.

Now, once again there is talk of a state-run Indian global channel - a laudable, but misplaced option. Many public broadcasters such as the BBC, NHK, Deutsche Welle have maintained their credibility and following, and this is primarily because of two reasons: independence and professionalism, both lacking in Prasar Bharati. Earlier attempts to run DD channel like DD Bharati abroad has proved futile. Even efforts by Zee TV when it launched Wion have been a failure in this regard.

It is one thing aiming at Indian diaspora and another if you want to address global audiences. News by nature is ethnocentric and besides CNN and BBC no one else has a large international credibility (CNN though is obviously anti-Trump). No one is interested in government-sponsored news anymore. The effort should be to get India featured in mainline media across the world.

Given the obsession of Prime Minister Narendra Modi with digitalisation, it is surprising that the government has really not been able to create an attractive Indian news site. Getting millions of followers is not the way for information dissemination.

We have still not had a structured press conference by the prime minister. Most ministers (and Opposition leaders) give bites to reporters or have half-hearted media briefings. Unless we learn to give respect to media, our message will stick with only loyal supporters.  Unfortunately, most journalists themselves have become politically biased and partisan. Indian news per se is divided to pro- and anti-government lobbies. In any case, Indian polity is election-centric and there is constant bashing of the government by the Opposition and vice-versa for votes, almost around the clock. 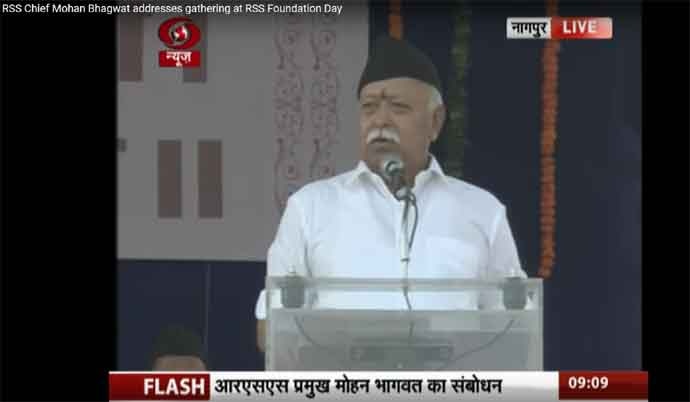 In an age of fake news and bots, broadcast news has to evolve beyond its existing avatar. Soon AI and next-gen computing will customise and tailor news specifically for individuals.

In such circumstances, the idea of a global Indian channel is becoming irrelevant. What we require is unbiased and extensive coverage of India with all its idiosyncrasies, diversity and polarisation. Not puff jobs or anti-government propaganda, but a colourful mosaic of today’s India.

Instead of wasting energy in trying to launch a global channel, something whose time is over, the government should concentrate in improving the standard of its PR machinery and their re-skilling.

If India has to be a part of the international mindscape, the thrust has to be on credible digital news and information.

Post your comment
#Media, #Bias, #Modi government, #Doordarshan
The views and opinions expressed in this article are those of the authors and do not necessarily reflect the official policy or position of DailyO.in or the India Today Group. The writers are solely responsible for any claims arising out of the contents of this article.