Last week a meme was circulating on social media where a Muslim employee asks his presumably non-Muslim boss for a leave to celebrate Eid-ul-Fitr. The employer readily agrees but enquires about the exact date. The employee tells his perplexed-looking employer that he is not yet sure and will inform him a night before.

The meme was shared by many Muslims in India, acknowledging that they all have experienced similar situations. Predictably, like every year this time too the same confusion prevailed both at the beginning of the holy month of Ramzan when different groups of people began their fast for Eid, and until Thursday night when it was not clear if it will be celebrated on Friday or Saturday. Many Muslims in India circulated this meme, acknowledging that they all have experienced a similar situation. [Credit: Screenshot]

This insistence is based on the fact that according to a Hadith, Prophet Muhammad said, “Fast when you see it (the moon) and stop fasting when you see it.” A verse in the Holy Quran also notes, “…So whoever of you sights (the crescent on the first night of) the month, he must observe Sawm (fasts) that month…” (al-Baqarah 2:185). When I had posed this question to Mufti M Mukarram Ahmed, Shahi Imam of grand royal mosque at Fatehpuri in Delhi a few years ago, he said that there was no rule to celebrate Eid, or observe fast on the same day all over the country, but suggested that we should strive to make sure that at least in one city it is celebrated on the same day.

When I had asked him, if moon is seen in any one place, say Delhi or Kerala, why can't people in that country at least celebrate Eid, he said, “It’s not always foolproof, someone may mislead you over phone. If anyone sees the moon, he/she needs to have two witnesses and then only can we have an announcement.”

These clerics, however, fail to recognise a very important factor that 1,400 years ago there was no other reliable method of finding accurate time of the day, or the month. Then there was no better way to fix the monthly cycle than relying on either sighting of moon (if you follow lunar calendar) or following the revolution cycle of the sun (for solar calendar).

These scholars ignore another verse from the same chapter they cite: “…They ask thee concerning the new moons. Say: They are but signs to mark fixed periods of time in (the affairs of) men, and for pilgrimage…” (al-Baqarah 2:189).

Mind the term that these are signs to “mark fixed periods of time” which is the basic function of any calendar to bring uniformity and order, and help in religious obligations, but also in worldly affairs like fixing appointments, booking train tickets, etc.

The annual anomaly in tropical/solar year (earth takes 365 days and 5 hours 48 minutes) is adjusted every four years (called the leap year) by adding an additional day in the month of February. 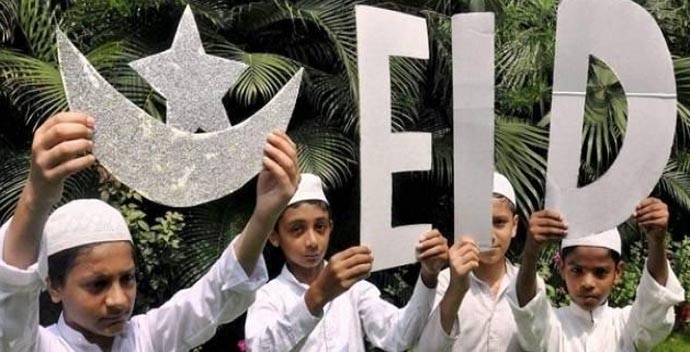 Lunar motion on the other hand is more complicated and its takes roughly 29.6 to 29.8 days, to complete one circle around the earth. One lunar month in the Hijri calendar thus comprises 29 or 30 days, depending on when the crescent is seen. It takes 354 days for full revolution around the earth, 11 days short of the Gregorian calendar. That explains why Eid shifts by 11 days each year.

The hope of solving the mystery behind lunar motions was one of the main reasons why Arab and Persian astronomers in the middle ages made great strides towards the advancements of astronomy. Caliph Mamun had established an observatory in Baghdad way back in the 8th century. Ibn Yunus, Ibn al-Shatir, Abd al-Rahman al-Sufi and Nasir al-Din al-Tusi, among others, contributed a great deal in the development of astronomy as a science. The role of Ibn al-Haytham, the father of optics, in the study of light is also worthy of mention.

It was based on the contributions of these medieval scholars that the European Renaissance scholars later developed astronomy further, and today it has reached the stage when it is possible to calculate with precision the lunar motion to find the exact timing of full moon and new moon.

Mehebub Sahana, a research scholar friend at the Geography Department of Jamia Millia Islamia, explains that the sighting of the crescent from any particular place in not simply dependent on the lunar cycle.

He says that besides the weather conditions that may affect the moon sighting through naked eyes, other more scientific facts affecting it include the azimuth, that is direction of a celestial object from the observer, angle of the arc, latitudinal position, rotation, etc.

Making use of science

While majority of Islamic jurists still support the sighing of moon leading to annual Hilal-hangover, fortunately, there have been some progresses in these directions even though they remain a minority in the Muslim world.

Egyptian jurists Ahmad Muhammad Shakir and Yusuf al-Qaradawi, for example, see no contradiction in using calculations. The Fiqh Council of North America (FCNA) have shifted to the scientific calculations method from 2006 and the European Council for Fatwa and Research (ECFR) from 2007. Consequently, they announce the Hijri calendar, and consequently date of beginning of Ramzan and celebration of Eid, well in advance.

Back home in India, Silsilah, a Patna-based NGO in the campus of Khanqah Munemia Qamriya, has been preparing a scientific calendar since 2001, as also the Hijra Committee in Kerala. Besides, reputed Shia cleric from Lucknow, Maulana Qalbe Sadiq has been using the scientific calculation methods for at least 15 years to announce the dates of Eid and other events well in advance.

The problem of moon sighting is more acute in India than in any other countries although they are not completely free from it. Thus, although countries like Saudi Arabia still rely on moon sighting, they have established a huge observatory in Mecca that uses latest telescopes for the purpose and once a date is announced by the government entire country follows it.

What is interesting is that except on some occasions, Muslims from Australia to the United States and majority of Arab nations have their Eid celebrations and other events on the same day, but invariably South Asia, that is Pakistan-India-Bangladesh insist that moon is sighted only in their part of the world a day later. Is it scientifically possible? That's something that has remained an unresolved issue in my mind.

But even in Pakistan, there is a central Ruet-e-Hilal Committee that is mostly followed by majority, except some minority groups like Pashtuns in Khyber Pakhtunkhwa who follow their Afghan brothers and others in Arab countries.

It is India where the problem is most acute as there is no centralised body and hence each fiqh and each city have their own Hilal committees. While many Salafi followers suggest we should all follow the Mecca dates, others disagree. Kerala too mostly follows the dates as in Mecca.

At the beginning of Ramzan last month, for example, while most people began a day earlier, many belonging to Barelvi fiqh refused to accept it as first announcements were made by Deobandi committees.

Not to be brushed aside

In these times when high-level of air pollution along with global warming is leading to frequent dust storms and cloudy sky, insisting on moon sighting that too with either naked eyes or archaic binoculars that most Hilal committees in South Asia use in this age, when we have advance level telescopes, is laughable.

By reiterating the confusions every year, the very purpose of a calendar is nullified, and perhaps that is one main reason why for most of the year we are simply not bothered about Hijri calendar, and rely more on the Gregorian calendar for routine works.

The process of moon sighting by Ruet-e-Hilal Committee may appear very exotic, but the fact remains that in 21st century when several astronauts have already visited the moon and there are preparations of sending manned mission to even Mars, waiting for the moon till the last minutes is in contradiction to the scientific temper of the religion we claim to profess.