Why Ekta Kapoor's 'Gandi Baat' is bizarre, not bold

Spoiler alert, though not much can spoil this story further: one episode has a snake passionately 'ravishing' women.

In 2015, producer Ekta Kapoor ensured snakes slid into our everyday lives through her famous Naagin franchise. And the Indian television audience was quite happy about it. But that does not mean the audience has the stomach to accept serpents who passionately ravish women deserted by their husbands. No, not even on digital media; especially when the project had been touted as “our v own black mirror”.

Ekta Kapoor’s latest offering, Gandi Baat, on her bold digital platform ALTBalaji, was designed to be different. In a 10-episode anthology, each episode telling a new story; the series sets out to explore repressed sexuality and dark desires bordering on eccentricity. At least, that is how ALTBalaji described it.

“Relationships over time have become complicated, or, maybe they were never that simple as they seem. Gandi Baat unravels such complex relationships, closet issues, shocking truths, bizarre myths and unexplored space of men and women through a series of thrilling and exciting stories from the rural part of India. Each story is distinct from other but weaved with the thread of eccentricities which will leave you with unexpected twists and turns. In these stories, you will see how people from rural India are deeply affected by their dark fantasies. And it’s not just men, but even rural women going to any extent for the sake of sex- including heinous crimes as well!” the description says.

Also, the stories are based on rumours that have been prevalent in various parts of India, it was claimed. 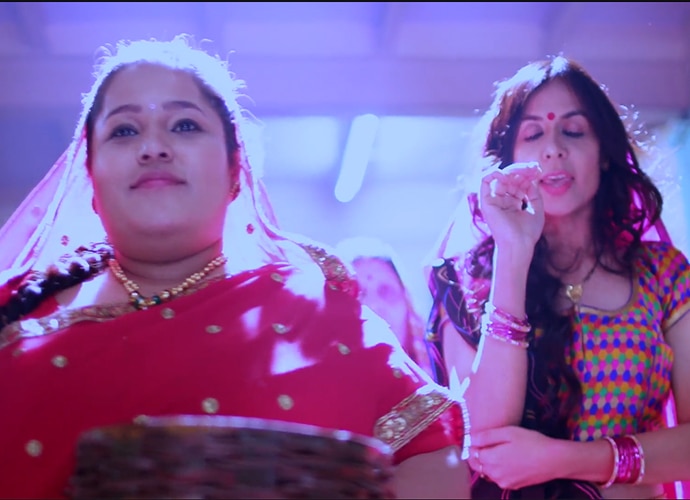 For example, the third story of the series, Vasu Nag, describes a group of village women who are deserted by their husbands. It is only fair to declare a spoiler alert at this point, though not much can spoil the plot further.

The menfolk of this village reside in cities for work and rarely contact their wives. All of a sudden, a mysterious snake surfaces in the women's lives, resulting in a series of cringe-worthy scenes and dialogues, which include a woman "laying" the snake's eggs.

Towards the end, the storyline takes a surprising turn that is supposed to be empowering. The desperate housewives find true love, and are emancipated from their mundane, loveless lives. In a heartening display of female power, one woman is even helped by her mother-in-law in this pursuit!

The women had fabricated the tale of the serpent making forced love to them, the snake was not real. But the scenes were: real, disturbing and gross.

According to Ekta Kapoor, the series will show “what happens when a conservative society is exposed to unlimited data and sexually explicit world of the Internet.” It leaves the audience wondering whether Gandi Baat, too, contributes to that world.

In 3 days this explodes every myth!!! What happens when a conservative society is exposed to unlimited data & a sexually explicit world of the internet!!! NOT FOR THE FAINT HEARTED. A twisted unpredictable mad ride that is dark dogma & delicious #Gandibaat #ALTBalajiOriginal pic.twitter.com/xGIRUe6utG

While the series is guarded by a paywall, the trailer, which is there on YouTube, has already drawn flak.

Oh damn! @altbalaji's Gandi Baat is not something I ever thought a mainstream production house would ever produce. Super hold. Super adult. Kinky af.

Dear @smritiirani"Gandi Baat" on ALTBalaji by @ektaravikapoor is promoting vulgarity and incest. Please ban it. #BoycottEktaKapoor

@YouTubeIndia please remove #GandiBaat from trending . children also use youtube. @ektaravikapoor ma'am please don't serve such things we expect quality shows from you not this #dissappointed

Gandi Baat is obviously not Black Mirror, apart from the fact that both belong to the genre of anthology. No wonder, it sounded scary to many when Ekta Kapoor expressed her wish to remake Game of Thrones.

Also read: Who is the Indian set to be WhatsApp's next CEO? 5 quick facts

#Web series, #Entertainment, #Ekta Kapoor
The views and opinions expressed in this article are those of the authors and do not necessarily reflect the official policy or position of DailyO.in or the India Today Group. The writers are solely responsible for any claims arising out of the contents of this article.