Psychology of elections, divorces and endings

Endings help us encode and evaluate, but they also twist our memory and cloud our judgment.

Earlier this year, I spent 10 gorgeous days in Italy and France presenting papers, participating in fascinating debates and stumbling into friends. We meandered about from Milan to Fontainebleau. The weather was charming and the birds chirpy. The gelatos were delectable and the Campari trippy.

One night, lost in the profound depths of my social media feed, I missed a stop from Venice to Florence and found myself in Bologna. With all hotel rooms booked out and the next train scheduled for morning, I decided walk around and direct my own version of Midnight in Paris in Bologna. 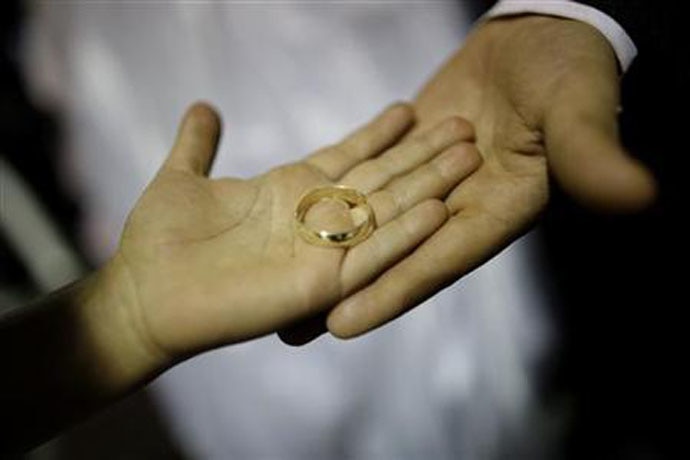 Reports suggest that divorces peak after the end of the holiday season. (Photo: Reuters)

It began with a cappuccino served by an American barista in a cup with Mexico inscribed in pink, and ended with a mesmerizing middle-eastern concert curated by University of Bologna and SAIS students.

I just couldn’t get anything wrong. My missteps were leading to magically mystical musical nights. And unlike Woody Allen’s Midnight in Paris, mine wasn’t a fantasy comedy.

With each day of my adventure turning out to be better than the last, I was looking forward to my last day. I had a thump in my stride as I walked to my room facing the Eiffel Tower. I checked in and decided to relax in the balcony. That’s when my phone rang.

Three crazy hours of emails and calls later, I found myself in a sullen mood. A trivial issue had escalated and I did what most of us do when we are in a hole — keep digging. Thank you, Will Rogers. Won’t ignore you again.

Those three hours didn’t change the flavour of my wonderful European adventure. I still thought it was incredible, but I noticed that I remembered the vacation differently.

Turns out Nobel Laureate Daniel Kahneman has an explanation. He calls it the “duration neglect”, where we often tend to downplay how long an episode lasts and magnify what happens at the end.

This encoding power of endings morphs many of our opinions and subsequent decisions. Several scientific studies show that we often evaluate movies, vacations and even dates not by the full experience, but by certain moments, especially towards the end. Science tells us that when we rate our Uber/Ola/Didi driver or provide feedback to our Airbnb host, much of our final evaluation is our reaction to the conclusion.

Moving beyond dates and cab rides, let us explore elections — the cornerstone of democracies. When asked, most voters say that their decision is based on the performance evaluation of the full term, but researchers tell us that it is categorically false. Many believe that Hillary Clinton would probably be the American president had FBI Director James Comey not sent a letter to Congress on October 28. (Photo: AP/file)

In fact, many studies have shown that voters decide based on the election year economy — the culmination of a 4/5 year sequence, not the entire duration. This “end heuristic”, political scientists like Berkeley’s Gabriel Lenz argue, leads to “myopic voting” and eventually “myopic policies”.

Many believe that Hillary Clinton would probably be the American president had FBI Director James Comey not sent a letter to Congress on October 28. The letter was shared 10 days before the election, and stated that the FBI had learned of the existence of emails that appear to be pertinent to the investigation into the private email server that Clinton used as Secretary of State, upended the news cycle, and soon halved Clinton’s lead in the polls, imperiling her position in the Electoral College.

Without getting sucked into a political debate, let us get back to the core issue — endings.

Julie Brines and Brian Serafini concluded that even heartbreaks and divorces are not immune to timing. They follow a distinct seasonal rhythm. Divorce filings spike in the months of March and August. The duo speculates that the twin peaks may be influenced by domestic rituals and family calendars.

A Bloomberg reportage suggests that divorce attorneys have a high season in January and February, when holidays are over and people can finally stop pretending to be happy. Over the winter holidays, spouses give the marriage one last try before knocking the on doors of lawyers. Contentious divorces require 4-6 weeks of preparation — this explains the March outburst. The same thing happens at the end of the school year. Parents keep it together till May and head to the lawyer by June/July, explaining the spike in August. Thankfully I have no hands-on experience and have relied on Daniel Pink’s analysis.

Endings help us encode and evaluate, but they also twist our memory, cloud our judgment and alter our perception by overweighing final moments and neglecting the totality.

No research or scientific analysis can take away the pain of endings. That’s why we have literature and art that nudge us into new beginnings. After all, every story is a happy story if we know where to put an end to it.

Post your comment
#Psychology, #Divorce, #Vacations, #Duration neglect
The views and opinions expressed in this article are those of the authors and do not necessarily reflect the official policy or position of DailyO.in or the India Today Group. The writers are solely responsible for any claims arising out of the contents of this article.

Utkarsh Amitabh works at Microsoft, is the founder of Network Capital, and is a ‘Global Shaper’ who represented the community at Davos. His views are personal