DailyOh! How EVM got into Assam BJP candidate's car, to re-locked Pune

The Election Commission has ordered re-election in Assam’s Ratabari constituency.

Hop on to your vehicle but never hitch a ride on a vehicle that belongs to someone not known to you. If no one known to you is available for help, as is the case in most emergencies, walk (walkable distance, of course).

Don’t take a lift even if the unknowns offer. Four Election Commission officials learnt it the suspension way in Assam’s Ratabari area. It so happened that these officials had to reach the strong room after voting had ended. They realised their car had broken down. So, they called the sector officer to assign another vehicle. While they were waiting, they thought why wait when you can take a lift. As a matter of pure coincidence, they happened to take a lift in the vehicle of Ratabari BJP candidate’s (Krishnendu Paul) wife. As a matter of purest coincidence, the EC Officials also happened to have an EVM with them. 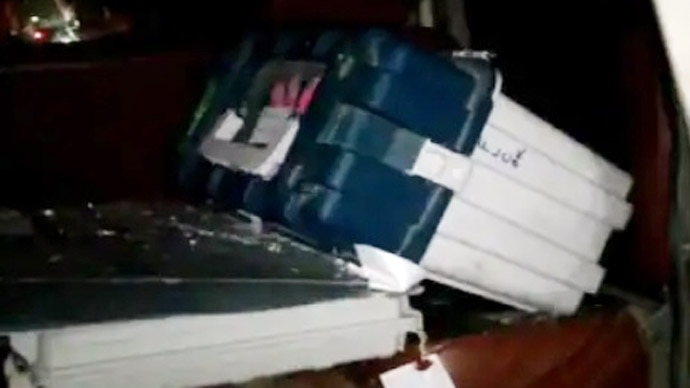 Four Election Commission officials have been suspended for travelling with an EVM in the car of a BJP candidate. (Photo: TV grab)

The officials didn’t care to ask whose car they were travelling in. But members of the opposition parties, who were present around the strong room, realised whose vehicle it was and began pelting stones. As a punishment for the officials, four have been suspended. As a punishment for EVMs, repolling at Ratabari has been ordered. What about Krishnendu Paul? He didn’t take any lift from anyone.

In a punishment for coronavirus, there will be no Saturday night party for people of Pune. The party-less nights will continue the next seven days because coronavirus is party-hopping hard and fast despite being told in no uncertain terms “go corona, go”. From 6pm to 6am, Pune will see only people involved in essential services out and about. The rest will have to remain in. Not that there will be much to do even if some manage to sneak out. Bars, restaurants and cinema halls will remain shut over the next seven days. There will be no bus services either, in case some just want to go and check on the bars and restaurants and cinema halls. That does amount to punishment for Pune’s people too but helps them stay away from unnecessary positivity. 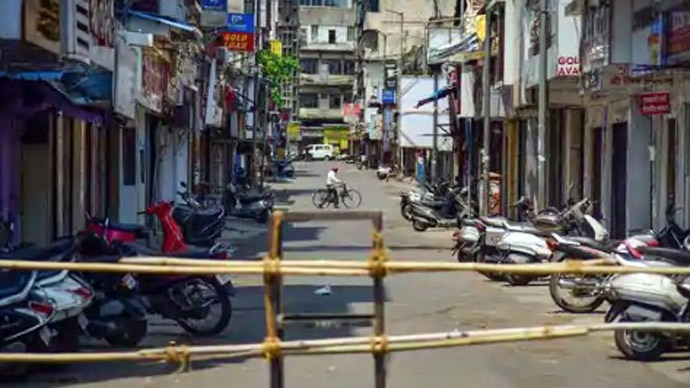 Pune has been re-locked for seven days. (Photo: PTI)

Enough talk about punishment? Allow us this last one. Two people surrendered before police fearing divine punishment. It so happened that three people - Abdul Raheem, Taufeeq and Nawaz – reportedly desecrated a temple in Mangaluru after which Nawaz suddenly fell ill and his condition began to deteriorate. Nawaz told Abdul and Taufeeq to go and confess to the crime thinking his condition was a punishment for the desecration. Later, Nawaz died. Abdul and Taufeeq thought it would be better to confess and serve the punishment than die like Nawaz. Both are now in jail.

Actor Alia Bhatt is home but under home quarantine. With Alia at home, the shooting of Gangubai Kathiawadi has been put on hold.

For Priyanka Gandhi Vadra, the whole election campaign has been put on hold because husband Robert Vadra has tested positive.

Priyanka is currently in isolation. Cricketing legend Sachin Tendulkar is in hospital. Tendulkar, you know, caught the virus on March 27 and was taken to hospital today “as a matter of abundant precaution”. Sachin hopes to be back home in a “few days”. Since we are talking about Sachin, let us remind you that it was on this day 10 years ago that India won the World Cup. According to Yuvraj Singh, everybody in the team wanted to win it for Sachin because it was going to be Sachin’s last World Cup as he had turned 38 by then.

India played Sri Lanka in the finals and we want to take you right to the start of that match – the toss. The match was being played at the Wankhede Stadium in Mumbai.

Indian skipper MS Dhoni descended on the ground with Sri Lankan captain Kumar Sangakkara for the toss. Dhoni tossed the coin but Jeff Crowe, the match referee, could not hear the call from Sangakkara. What to do now? The people on the ground had a short conversation and decided to go for a re-toss. Sangakkara won the toss and Sri Lanka went out to bat first and set a target of 274 runs. India, of course, chased it down.

From 2011 to 2021. India yesterday took a Ronhingya girl to Manipur town to deport the 14-year-old to Myanmar. For about a year now, the girl had been living in Assam, while her father has been living in Bangladesh. Lakhs of Rohingyas have been living in India fearing persecution in Myanmar. The Indian government maintains they are a security threat and wants to deport them. There is no clarity on where these deported people would go, but we do know where the word deport comes from. Deport, the Word Of The Day, comes from Latin deportare, which means ‘carry off, transport, banish, exile’. Oxford dictionary says to deport someone is “to force somebody to leave a country, usually because they have broken the law or because they have no legal right to be there.” No country can deport its own people. It can only deport aliens.

Should a country do what it can? The United Nations refugee organization has said India should not deport the girl because going to Myanmar may place her at immediate risk of serious harm. Travelling with IndiGo may, however, ease your travel. How? By letting the airline take your the baggage. Private carrier IndiGo has partnered with CarterPorter to provide door-to-door baggage delivery service. Service charges apply. At Rs 630 (one way) you get your baggage from the airport straight to your doorstep. So if you have a meeting to attend or you don’t want to wait at the baggage belt trying to identify your luggage, IndiGo would do it for you.

The service started off in Delhi and Hyderabad yesterday. What should you do tomorrow and day after? Probably watch Marvel: Iron Fist (2017) at home because going out is fraught with risks and even superheroes do not take unnecessary risks. They take risks to save the world. We need to save ourselves from corona – the super villian – to save the world.

Also Read: 'The BJP will unify all nationalist forces'