Why farmers locked horns with Modi government on Gandhi Jayanti

Knee-jerk reactions, or isolated policy measures, are not going to resolve the crisis in Indian farming.

The eruption of farmers' agitations across India is beyond anything that has been seen in India since the late 1980s. At that time, such outrage presaged a change of government, with the rise to power of a coalition of parties, with some more identified with farmers' interests. Then, for around two decades, cultivators somehow lost their voice in national politics, even as neoliberal policy reforms made their situation more vulnerable. October 2, 2018: Farmers were met with water cannons and lathis as they tried to enter Delhi. (Source: India Today)

The agrarian crisis that festered from the late 1990s, and then exploded in the mid-2000s, had its origins in the combination of trade liberalisation (which exposed Indian cultivators to highly subsidised, yet volatile global prices) and reduction in public expenditure for agriculture. Yet, that crisis was reflected more in significantly increased suicides among farmers and distress migration than in mass protests. Even so, simmering rural resentment helped to turn two crucial national elections, in 2004 and 2014.

Now, we have entered another phase of open protests by farmers.

All over the country, cultivators are angry, upset, even desperate — and they are expressing it in local, regional and national agitations: from the incredibly impressive long march in Maharashtra in late 2017 to the huge coming together of peasants and workers last month in Delhi, as well as many local protests in different parts of the country. 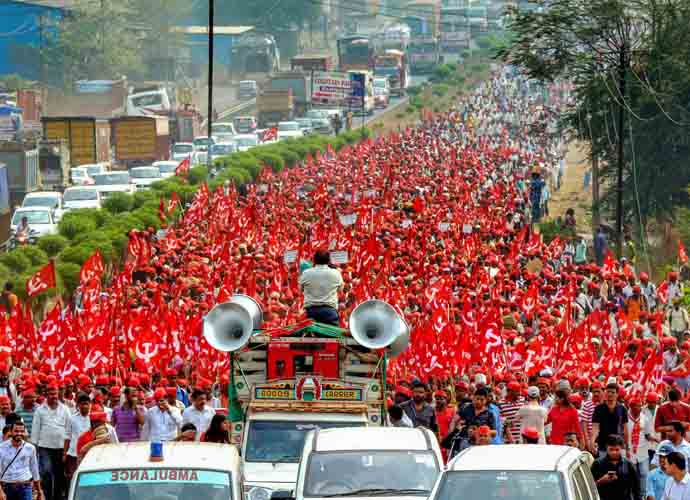 They have a right to feel angry.

In his 2014 election campaign, Narendra Modi had promised to double farm incomes in five years: instead, they have actually declined on average in real terms, and in any case, become even more volatile. Now the goalpost for doubling farmers' incomes has been officially shifted to 2022, but few are buying that promise any more.

Worse, in its tenure, the Modi government has been seen to promote anti-farmer policies — attempting to bring in a land acquisition bill that would forcibly acquire land without proper compensation; not investing enough in required irrigation or research and extension services for agriculture; not increasing the spread and affordability of crop loans but cruelly enforcing debt repayments from impoverished cultivators; setting procurement prices that provide even lower margins over costs than the previous UPA government; making farmers take the brunt of global price volatility by banning exports of some crops when prices are high and allowing imports when prices are low; and so on. 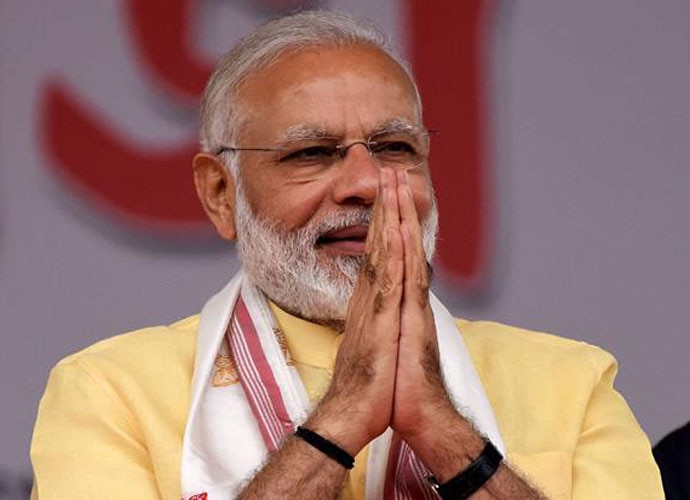 Not everyone's pleased: The Modi government has been seen to promote anti-farmer policies. (Source: India Today)

The much-hyped official attempts to placate farmers have turned out to be only more jumlas. The loan waivers promised in Rajasthan and Uttar Pradesh have been laughable in spread and scope, and have provided little relief to the bulk of farmers. The renamed crop insurance plan turned out to be just as rigid and ineffective as the earlier one. Farmers had to suffer during the crazy demonetisation of 2016 that occurred during the kharif harvest/rabi sowing season, when they found it very difficult to sell their crops or access the required inputs. They are also still suffering from the botched and insensitive implementation of the GST. Meanwhile, they are also facing problems in livestock rearing, because of the chaos unleashed on the cattle trade by state-sponsored 'gau rakshaks'.

This is the context in which around 30,000 farmers from various parts of north India marched peacefully for 10 days to the nation's capital — only to be greeted by a typically aggressive state response. They were stopped on the outskirts of Delhi and not allowed to enter the city, and their attempts to cross the barricades were met with tear gas, water cannons and lathi charges.

The optics could not have been worse for a government that is so obsessed with optics.

The incident occurred on Mahatma Gandhi's 150th birth anniversary (when, ironically, cleanliness rather than non-violence was being officially celebrated), which is also the birth anniversary of former Prime Minister Lal Bahadur Shastri who had coined the famous slogan "Jai jawan, jai kisan".

Pictures of water cannons and tear gas being used against unarmed farmers, wounded elderly farmers, and the striking image of a lone old man with a stick in hand confronting a large posse of policemen with their guns pointed at him were the ones that stuck in the mind. These certainly detracted from the Prime Minister's attempts to appropriate Gandhi's legacy and twist it out of all recognition into one that suits the current regime's purposes. Pictures that will forever remain stuck in the mind. (Source: Twitter)

The current agitation may be called off as the government appeared to accede to the more minor of the farmers' demands. These farmers wanted a genuine loan waiver, reduction of electricity tariffs, higher procurement prices for their crops and immediate payment of the long-overdue arrears for sugarcane sales, as well as other demands like lower GST on agricultural machinery. They wanted a revocation of the ban on 10-year old tractors in the NCR. The big ones, like loan waivers have not been acceded to, but promises have been made on some of the others.

The problem is, knee-jerk reactions like this, or isolated policy measures, are not going to resolve the crisis in Indian farming or even the problems of these particular farmers. This needs a much more holistic and comprehensive policy response.

It requires: more attention to irrigation (both surface and groundwater), more funding of agricultural research oriented to current concerns, better and more comprehensive extension services to enable all farmers to make use of available technologies properly, improved access to reasonably priced inputs without being misled by input dealers with conflicts of interest, proper public procurement across different crops that ensures that the declared minimum support price does become the market floor price, improved management of post-harvest produce including by providing cold storage facilities everywhere, better regulation of market yards so that farmers are not duped or exploited, ensuring affordable access to credit for all farmers and not allowing accumulated interest to exceed the original principal amount of the loan, better conditions for crop insurance which is currently so restrictive as to provide little benefit, more systematic policies for livestock management — and of course, expanding possibilities for non-agricultural activity in rural areas.

These may seem a tall order, but they are conditions that farmers in many countries — including in developing Asia — take for granted.

Of course, all this will necessarily require a significant increase in public expenditure directed towards agriculture. Such spending has fallen during the Modi regime, from the already low levels of UPA-2. But surely this expenditure should get priority over a bullet train or a big statue.

At the very least, the Modi government should put at least some of its money where its mouth has been for a while.

Also read: Why Kairana is not listening to BJP this time around

#Agriculture subsidies, #Narendra Modi, #Farm distress, #Farmer protest
The views and opinions expressed in this article are those of the authors and do not necessarily reflect the official policy or position of DailyO.in or the India Today Group. The writers are solely responsible for any claims arising out of the contents of this article.

Jayati Ghosh is a development economist and Professor of Economics at Centre for Economic Studies and Planning, School of Social Sciences, Jawaharlal Nehru University (JNU)