A memorandum against the farm laws has reached President of India Ram Nath Kovind, but Congress leader Priyanka Gandhi couldn’t reach the President to submit the memorandum. Priyanka was detained on her way to the Rashtrapati Bhavan because the Delhi Police imposed Section 144 to block the way. 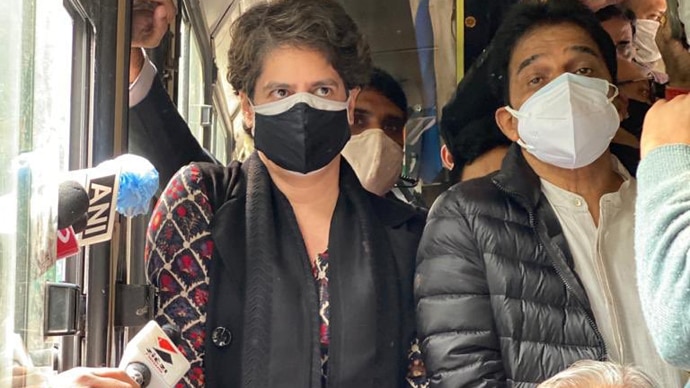 Rahul Gandhi managed to get a clear way to the President along with Ghulam Nabi Azad and Adhir Ranjan Chowdhury, who together submitted the memorandum with 2,00,00,000 signatures to the President. Meanwhile, a delegation of 60 farmers belonging to Kisaan Majdoor Sangh, Baghpat, managed to get a clear way to Union Agriculture Minister Narendra Singh Tomar at Krishi Bhawan. But having submitted the memorandum, Gandhi said that RSS chief Mohan Bhagwat too would be called a terrorist today if he chose to stand against Prime Minister Narendra Modi. It is not immediately clear if Gandhi was trying to provoke Mohan to stand against Modi or was just speaking his heart out.

Modi, on his part, will speak his mind with farmers from six states tomorrow, which happens to be Christmas, but the BJP government celebrates as Good Governance Day. We can help the government by highlighting issues that need good governance, but if you need a recipe for a good Christmas cake to be baked and had at home, we can help you too.

Bengal Chief Minister Mamata Banerjee needs help finding the invite that Visva-Bharati University sent her for the centenary celebrations some 20 days ago, which Banerjee’s party has claimed she never got. Since the event is over, finding the invite will serve no purpose.

What happened at the event? Modi addressed the event virtually at the university founded by Rabindranath Tagore. It was Tagore's vision that gave India the Visva-Bharati University. 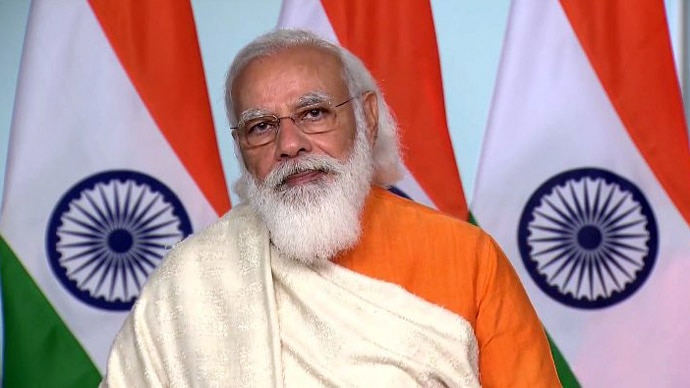 Since we are talking of one great, let us remind you that two other greats have their death anniversaries today – separated by years. Let’s clear the confusion: Periyar, father of the Dravidian movement, and MGR, an actor-turned-politician who went on to be Tamil Nadu CM, died on December 24, 1973 and 1987, respectively.

Let’s come back to 2020 but we before we make it to 2020, let’s take a halt at 1999. Remember what happened on December 24, 1999? Indian Airlines Flight 814 flying from Kathmandu to Delhi was hijacked by five terrorists, who demanded the release of 36 other terrorists and Rs 14,80,00,00,000. There were 178 passengers on the flight and 11 crew members. The hijackers took the plane to Kandahar in Afghanistan. Negotiations went on for about eight days. On December 31, it was decided that three terrorists will be released. Jaswant Singh, then Foreign Minister of the country, went to Kandahar himself for the exchange.

Do you know what the terrorists left behind? A pair of binoculars. And it is the Foreign Minister who chose to keep the pair with him. Singh had the ‘black binoculars with some brass on it’ mounted in his office to always remind him to be farsighted. Is that a thing you can forget? Yes, maybe in the hurry to do things you can be shortsighted.

Many say the hijack could been foiled had the plane not been allowed to take off from Amritsar, where it had landed for refuelling. One reason is that then PM Atal Bihari Vajpayee was himself mid-air when the hijack happened. He couldn’t be contacted and there was no clear chain of command to take a call on whether the plane should be allowed to take off or risk terrorist violence. Vajpayee apparently was told about the hijack about 1.5 hours later.

The plane took off and landed in Lahore, then Dubai, and finally Kandahar. Since Afghanistan was then ruled by the Taliban, there was no way India could have launched an operation to free the passengers. 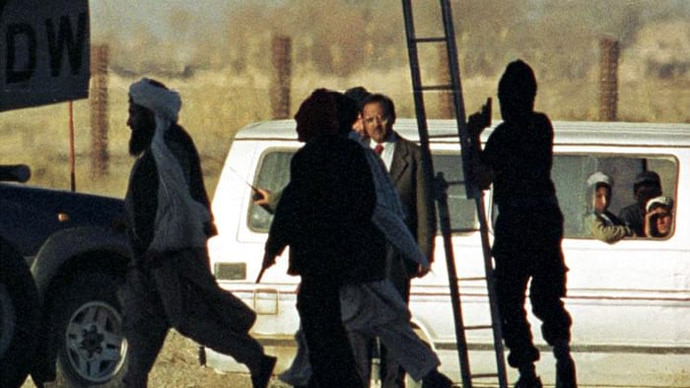 One of the terrorists released then was Omar Saeed Sheikh. Omar Sheikh went on abduct and kill US journalist Daniel Pearl. Today, a Pakistani court ordered his immediate release declaring his connection with the abduction and murder of Pearl null and void.

If you are old enough to remember those eight days of hijack, you might feel like some old wounds have been opened, revisiting the horror of it all. So, let us try some mind-diversion tactic now.

Let’s take you to the origin of the word hijack. The word hijack, the Word Of The Day, has its origins in pre-revolutionary France. This was the time when poor peasants would attack and rob the rich travelling in coaches through the countryside. The word used then was échaquer.

During the prohibition period in the US, hijack was just ‘hi, Jack’. Members of one gang would approach the driver of a rival gang’s liquor truck with a smile and saying, 'hi, Jack’. Then a gun would be pulled and both the truck and its cargo would be taken over.

In 2017, India came up with an anti-hijack policy. Indian Air Force can also scramble its fighters to intercept a hijacked aircraft and force it to land. It can also shoot down a hostile plane if there is evidence that it could be used as a missile to hit a vital installation.

We wish there is never the need for an IAF versus hijackers, but AK vs AK is out on Netflix and you can watch it if you have an extended weekend at hand. You can also watch Criminal Justice 2.

We will leave you for the day but will be back tomorrow, Christmas Day.

#Narendra Modi, #Rahul Gandhi, #Priyanka Gandhi, #Farmersprotest
The views and opinions expressed in this article are those of the authors and do not necessarily reflect the official policy or position of DailyO.in or the India Today Group. The writers are solely responsible for any claims arising out of the contents of this article.