DailyOh! Ariz Khan to be hanged till death, to Lilly Singh’s masked message

His name is Ariz Khan and he is an Indian Mujahideen terrorist, who killed Delhi Police inspector MC Sharma on September 19, 2008, in the Batla House encounter. “To be hanged till death,” is the sentence a Delhi court has awarded to Khan, who was arrested in 2018 from Banbasa on the India-Nepal border. Election heat is rising within India’s borders over accommodating those who crossed over the border having faced persecution in their own countries. AIADMK will urge the Centre to repeal CAA if it returns to power in Tamil Nadu on May 2, says the AIADMK manifesto. The Centre is led by the BJP, which has reiterated in West Bengal that CAA will be implemented if it comes to power in Bengal. In Tamil Nadu, the AIADMK is contesting elections with BJP. What is this? Politics.

What compelled Yashwant Sinha to return to active politics, after remaining active only on Twitter for a long time? The "attack on Chief Minister Mamata Banerjee" in Nandigram. The BJP, Sinha’s former party, wants that the full extent of the injury sustained by Mamata in the attack — which an Election Commission panel has said was no attack but an accident — to be made public. Sinha has, however, been rewarded for moving to the Trinamool Congress after being moved by the ‘attack’ on Mamata. Sinha has been made vice-president of Mamata’s TMC.

From Sinha’s reward to Grammy Awards, which honour musical artistes, compositions and albums across 84 categories. But before we move to the Grammy Awards, let's tell you the about nominations for Oscars 2021. The contenders for the 93rd Academy Awards were announced by real-life couple and artistes Priyanka Chopra Jonas and Nick Jonas.

This is by far the coolest #WFH day ever! ❤️????Tune in to any of @TheAcademy accounts at 5:19am PDT to watch us reveal the #OscarNoms!@nickjonas https://t.co/Prjrw0UgTs pic.twitter.com/QyB2ezaRps

The Oscars award ceremony will take place on April 25 so let's go back to the award ceremony that has already happened. At Grammy Awards, Beyonce broke the record for the most wins by a female artist, winning the trophy for Best R&B performance for Black Parade. Billie Eilish’s Everything I Wanted was recognised as the best record of the year, while Taylor Swift took the trophy home for album of the year — Folklore.

What made news in India, however, was YouTuber and content creator Lilly Singh’s mask, wearing which she walked the red carpet. Canadian Lilly Singh, whose parents were born in the land of Yo Yo Honey Singh, put on a mask that read “I stand with farmers.” She didn’t specify Indian farmers, or Canadian farmers, or Ghanaian farmers. So everyone assumed she meant Indian farmers. The assumption that followed was that Lilly was in support of farmers opposed to the farm laws because the other lot is not standing in protest, but sitting in silence. Lilly posted the photo on her Instagram and Twitter accounts, where she has millions of followers, access for easy access to the unmasked message. You would be silly to take Lilly lightly. In 2019, she became the only woman to host a late-night show on the Big Four TV networks — ABC, CBS, NBC, and Fox. She hosts the late-night show — A Little Late With Lilly — for NBC. But Lilly started believing that she was a superwoman in her childhood, not for one but multiple reasons. When Lilly was young, she fell into a phase of depression and started making YouTube videos under the pseudonym ‘IISuperwomanII’ to fight it. Lilly later said she used the name Superwoman because when she was a child she believed that there was an invisible ‘S’ written on her chest and that ‘S’ made her believe she could do anything she wanted. The name also drew inspiration from a song by Lil Mo and Fabulous.

In August 2019, Lilly put that name to rest and transferred the Superwoman’s powers to Lilly Singh saying, “Today my biggest and best superpowers lay within Lilly and thus Lilly I shall be.” Lilly was always Lilly, but that is how Superwoman came to be Lilly.

How did the Grammy come to be called Grammy? Hint 1: It has no connection to granny. Hint 2: It has everything to do with the gramophone. Grammy, the Word Of The Day, has been named after the gramophone. Grammy winners are given gold statues of gramophone weeks after they are given ‘stunt’ trophies on awards night. Each Grammy is made by hand and gold-plated by John Billings, a.k.a, Grammy Man. Real trophies are shipped to the winners several weeks after the telecast. 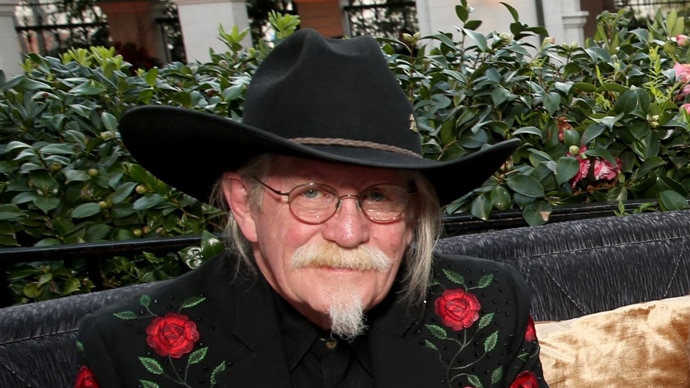 What has actor Gauhar Khan won herself? An FIR for flouting Covid norms and not cooperating with Brihanmumbai Municipal Corporation (BMC) officials. Khan is Covid positive, so BMC officials reached her house to put a home quarantine stamp on her house. Khan allegedly refused to open the door. BMC, mind you, can break not just doors but an entire home-cum-office. Maharashtra has reported its highest single-day Covid spike this year with 16,620 cases in the 24 hours preceding Monday morning. We may be star-struck, but coronavirus never was. It now seems even BMC isn’t. From Mumbai, we are not going anywhere till we have told you about Sachin Vaze. The Mumbai Police officer was suspended today after being arrested following the probe into the Mukesh Ambani bomb scare case. Vaze was the first investigating officer in the case and then became the first to be arrested in the same case.

Before his arrest, Vaze posted a status on WhatsApp saying he was being framed in this case like he was framed in that case from 2004. His status ended with an ominous line: “I think the time to say goodbye to the world is coming closer.” This story needs to be converted into a web-series or a movie. But we will have to wait because the full story is yet to unfold.

The #MeToo story of 2018 from Pakistan is unfolding in the favour of singer and actor Ali Zafar, with singer Meesha Shafi facing three years in jail. Meesha had alleged: “I have been subjected, on more than one occasion, to sexual harassment of a physical nature at the hands of a colleague from my industry: Ali Zafar. These incidences did not happen when I was young, or just entering the industry. This happened to me even though I am an empowered, accomplished woman who is known for speaking her mind! This happened to me as a mother of two children.”

Sharing this because I believe that by speaking out about my own experience of sexual harassment, I will break the culture of silence that permeates through our society. It is not easy to speak out.. but it is harder to stay silent. My conscience will not allow it anymore #MeToo pic.twitter.com/iwex7e1NLZ

The same year Ali Zafar filed a defamation case against Meesha Shafi and eight other women, who levelled similar allegations against Zafar. Now, a Pakistan court has sentenced Shafi to three years in jail for levelling false allegations and “causing irreparable damage to Ali's career”.

BJP MP Kaushal Kishore’s daughter-in-law has said her husband Ayush’s family caused irreparable damage to her. As a result, Ankita Singh slit her throat and tried to end her life. MP Kishore has said that the marriage did not have his consent and so Ankita should not be called his daughter-in-law.

About two weeks ago, Ayush was shot at in Lucknow. It was later allegedly found that Ayush asked his brother-in-law to shoot at him to implicate some other people. Now, Ankita has accused Ayush’s family of harassment. What goes around comes around.

That which comes around may also walk away. The latest to walk away from TMC is Bengali actor-turned-politician Debashree Roy. Roy has reportedly walked away because the party refused her a ticket for the upcoming elections. Roy was a two-time MLA from Raidighi. For all leaders who have left TMC, TMC has got a new vice-president, who is an old politician.

Whose going around would cost whom and how much will be known on May 2. But going around without the mask can instantly give you Covid.

Stay masked up and stay safe.

#Gauhar khan, #Coronavirus, #Farmers' protest, #Lilly singh
The views and opinions expressed in this article are those of the authors and do not necessarily reflect the official policy or position of DailyO.in or the India Today Group. The writers are solely responsible for any claims arising out of the contents of this article.