The BJP and TMC may both hold rallies in Nadia tomorrow and both are expected to run into each other.

What should be done about the farmers’ protest? 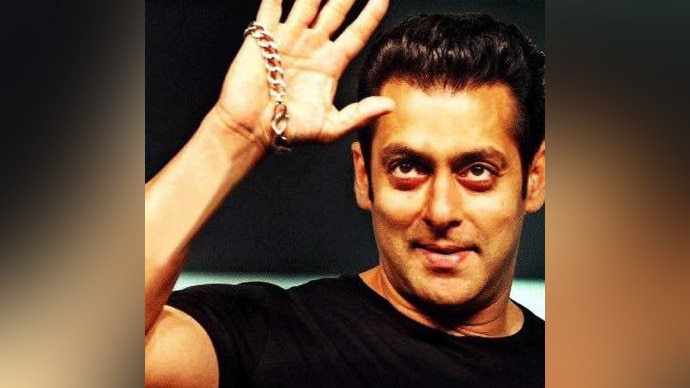 Salman Khan has said the right thing should be done in the matter of farmers' protest. (Photo: Twitter)

A delegation of BJP leaders today met Election Commission of India representatives asking the poll body to do the right thing. Defining their meaning of right, the BJP delegation requested the poll panel that West Bengal elections be held in multiple phases and that security forces be deployed early to ensure Chief Minister Mamata Banerjee’s party Trinamool Congress isn’t allowed to win elections by indulging in violence.

Doing the wrong thing, the Mamata government has given permission for BJP chief JP Nadda’s planned Parivartan Rath Yatra in Nadia district tomorrow because stopping opposition yatras is democratically not right. The TMC will however hold its own two-day Janasamarthan Yatra. Hundreds of motorcycles are likely to crisscross the district as part of TMC’s yatra and so the BJP and TMC’s yatras may crisscross each other at some point if the BJP's yatra also happens tomorrow. That could lead to some flashpoints.

The BJP’s yatra actually begins tomorrow, if it gets the permission, and goes on for a month. The TMC has asked the BJP to not do the wrong thing, which is lying. The BJP is saying it has been denied permission for the yatra. The TMC claims it has the permission. Who lied and who was right? We won’t go that way because that way leads nowhere. Which way is the Parivartan Yatra going? The BJP and TMC will both be holding rallies in Nadia tomorrow.

The yatra will start off on five routes - Nabadwip, Cooch Behar, Kakdwip, Jhargram, Tarapith on Saturday, Monday and next Tuesday. The proposed yatra will traverse the length and breadth of Bengal from February to March. Conducted in five segments, the yatra will cover all 294 assembly constituencies of Bengal. So when the election is held in April-May, BJP’s Parivartan Yatra would have covered it all.

There is no telling how many votes it would translate into till votes are counted. But we can tell you what yatra is. Yatra, the Word Of The Day, finds its origin in Sanskrit. Yatra means journey in general but also has a religious angle to it since in Hinduism it means a pilgrimage. Oxford dictionary defines the word as ‘a line of people or vehicles that move along slowly as part of a ceremony or a journey to a holy place, usually carried out for religious reasons’. The thing about words travelling is that while they reach another language, they continue to exist in their root language as well. Imagine travelling from point A to B and being present both at A and B. They say time travel will allow that.

But we were talking about West Bengal elections. Elections in Tamil Nadu are also round the corner and so Tamil Nadu government has announced a Rs 1,21,10,00,00,000 (Rs 12,110 crore) farm loan waiver for 16 lakh farmers. Chief Minister Edapadi K Palaniswami has said this would be “a big help in reviving farming in Tamil Nadu”. Can this help AIADMK retain power? Wait for results day, which will come after polling days, which will come after Election Commission announces polling dates.

But what happened today? Union Agriculture Minister Narendra Singh Tomar spoke in Parliament about farm laws. While he was at it, he there was a unique way of doing kheti which is not known to the BJP, but is mastered by the BJP. What kheti is that? Khoon ki kheti. Khoon is very important to the body but how it helps in agriculture is a matter of research. No need for such research has been felt, raised or demanded ever. What Tomar seemed to mean was that the Congress indulges in violence to see its votes grow. Congress has often accused the BJP of the same. Accusation-accusation cancelled. What stands are the farm laws, which a section of farmers and the opposition, have called kaala kanoon. Calling laws you don’t like as black is racism but we can skip the 'ism' today. Tomar told Lok Sabha that farmer union leaders who met him have not told him which part of the laws they find black despite being asked about it. He said people who spoke in Parliament too have not been specific about the kaala part of the laws. Congress leaders Anand Sharma and Ghulam Nabi Azad laughed over this kaala joke as did Tomar himself but the kaala remained undefined.

What has Manish Tiwari given? Apart from money, some food for thought. After reports of Ram temple fund collection drive by the student wing of Congress, NSUI, in Rajasthan, Tiwari asked for a “candid” and “conceptual” discussion within the Congress on “core ideological issues”.

If you want no more talk on ideologies, we feel you. So let us talk about the birthday boy today. Abhishek Bachchan. Abhishek turned 45 today. Did you know Abhishek was named Baba Bachchan on his birth certificate? You see, people now plan the names of their babies even before they plan babies, but 45 years ago it wasn’t so. People took their time naming kids. Forget the name, let us tell you what Bachchan did before he got to acting. He worked as a LIC agent. Now, there used to be many celebrity insurance agents. Since they do insurance for celebrities, their cuts are huge. Like the mother-in-law of Abhishek’s sister Shweta Bachchan Nanda, Ritu Nanda, held a record for selling 17,000 LIC pension plans in a day. Abhishek changed roles from that of a LIC agent to being an actor early on. He is now seen performing various roles on OTT platforms like the double role he performed in Breathe: Into The Shadows (2020).

Talking of OTT content, since the weekend is here and you may have time at hand, you can watch The Crown all over again. In case you need a reason, which you shouldn’t, the series has won the most number of The Golden Globe Awards nominations. There also is the India-England Test series going on and you can watch it too. The first day of the Test was dominated by England's Joe Root. Root hit hundred and stitched a 200-run stand with opener Dominic Sibley to put England in command against India with 263 for three at stumps.

Also read: Why the farmers' agitation is an internal matter of India