Farooq Ahmad Dar was not a stone-pelter, as was alleged, but out to vote in the by-election, when he was picked by major Leetul Gogoi and tied to his jeep.

Kashmiri shawl-maker, Farooq Ahmad Dar, who was tied to an army jeep and paraded during the violence-hit April 9 by-polls in Srinagar, had cast his vote before he was used as a "human shield". This has been confirmed by none other than the Jammu and Kashmir Police.

Their investigation has given credence to what Dar has so far been claiming - he was not a stone-pelter but out to vote in the by-election for the Srinagar-Budgam parliamentary seat when he was picked by Army major Leetul Gogoi, the officer responding to an SOS call from poll officials and security personnel trapped inside a booth.

The call to use Dar as a human shield was taken by major Gogoi, who was leading the troop of 53 Rashtriya Rifles. When questions rose over the use of the tactic, Gogoi clarified that his team was attacked by protesters who threw stones and petrol bombs at them. He said he had to act swiftly to evacuate the officials and others stuck in the polling booth. So, he tied Dar to the bonnet of his jeep, which then led the convoy to safety. 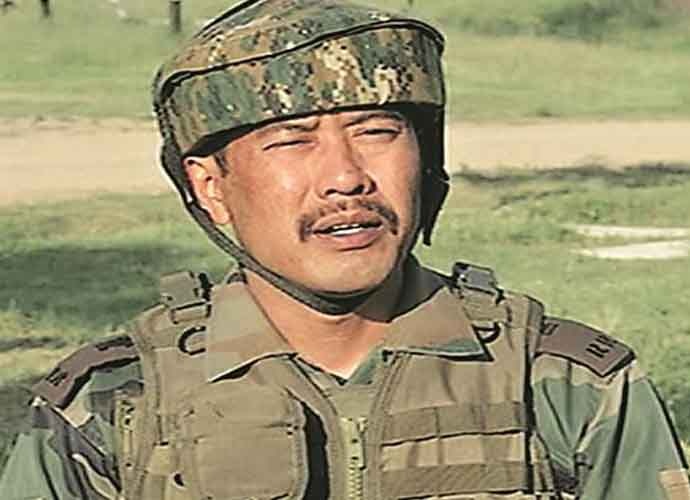 Major Gogoi clarified that his team was attacked by protesters who threw stones and petrol bombs at them.

Major Gogoi went on to bag the Chief of Army Staff's commendation card for his efforts in counter-insurgency operations. Dar, on the other hand, has been fighting hard since then to prove that he was wronged by being paraded for four hours that day. His ordeal that began around 11am went on till 3pm.

This is irony manifested in its cruellest form ever - a man who sets out to vote reposing his faith in democracy in an election where only 6.5 per cent chose to cast their ballots, is picked up, tied to the bonnet of a jeep and paraded. It would be naive to expect an apology, let alone an acknowledgement of how Dar was wronged.

Many applauded the move by saying that those "who don't believe in the idea of India" deserve this and much worse.

It would be naive to expect an apology, let alone an acknowledgement of how Dar was wronged. And that is what makes this more distressing. J&K chief minister Mehbooba Mufti is yet to act on the state human rights commission's recommendation that Dar be paid Rs 10 lakh as compensation.

In an explanation to the incident, major Gogoi had earlier said: "It was done only to save the local people. Had we opened fire, there would have been a dozen casualties... I got a fraction of a moment to get out safely. I saved at least 12 lives."

But what's really worrying about the whole episode is that it may have added to the general sense of alienation that is pervasive in the Valley.

The parade whose face Dar has become wasn't just aimed at getting a safe passage for an Army convoy. It was a message - the fate that would be meted out to dissent and dissenters (just that Dar was not dissenting that day but merely exercising his democratic right).

The episode raises questions over soldiers who are trained to fight external forces dealing with internal conflicts. After all, fighting against enemy countries that threaten your existence and territory is not the same as dealing with your own disgruntled countrymen.

#Democracy, #Alineation, #Kashmir, #Farooq Ahmad Dar
The views and opinions expressed in this article are those of the authors and do not necessarily reflect the official policy or position of DailyO.in or the India Today Group. The writers are solely responsible for any claims arising out of the contents of this article.