How Akbar the Great lived in his Fatehpur Sikri palaces

The palaces of Akbar survive at Fatehpur Sikri, almost in toto. His royal residences, courts, haram, offices, workshops and arsenal are all identifiable.

But one thing which cannot be properly identified is the royal kitchen, which, if we go through the pages of Āīn-i Akbari, or the various Akbarnāma miniatures, is described as a full-fledged mega-establishment with a large staff headed by a master chef, supervisors and workers.

It was made up of the cooking and water storage areas as well as sherbetkhānās. Where was this located? Who was the master chef? Let's explore.

Just to the north of the Diwān-i ām — between the so-called "Mint" or the Kārkhāna, the workshop, and a massive water reservoir that was named hauz-i shīrīn, the sweet water tank — is the kitchen.

The Kārkhāna was the royal workshop where goods needed for the court were prepared: wicker baskets, presentation items, medallions – and possibly also muhrs, the gold coins. 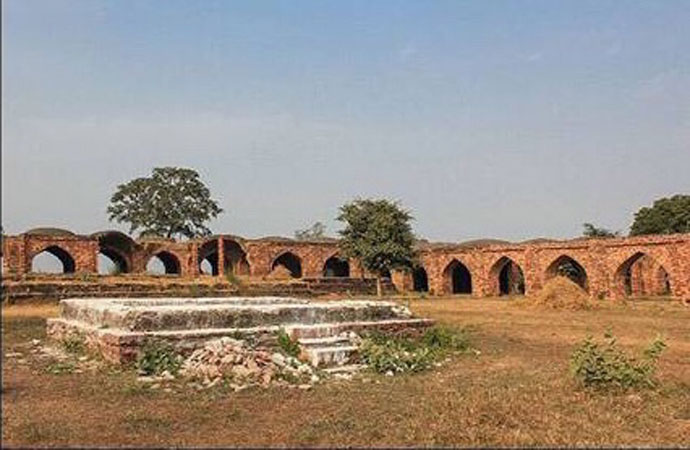 At Sikri, the water is of two kinds, sweet drinkable and potable water, and, (mostly) saline, brackish water, which was not potable but used for irrigation and to run fountains and ābshārs.

The Hauz-i Shīrīn was named so for two reasons: a) that it was the water from this tank which was used for human consumption. It was sweet, drinkable and in which food was cooked; and b) Upon the orders of Akbar, it was mixed with Gangājal before being consumed. The Emperor firmly believed in the efficacy and sacrality of the water from the Holy Ganges! This tank in itself is a marvel! Built on a sharp slope of the ridge, it rests on inverted arches. On the slope is raised a series of circular vaults held on broad piers. On the vaults we find inverted arches, which hold the massive weight of the water stored above. The water itself was brought from the Northern Waterworks situated at some distance to the west of this tank, near the Hathipol. 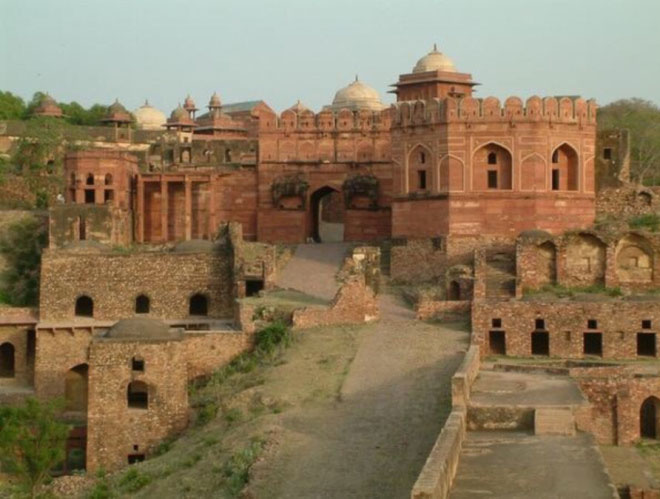 From the Northern Waterworks, the potable sweet water was transported through a series of aqueducts raised atop masonry pillars.

It was but natural that the matbakh – the kitchen – was situated very close to this sweet water tank. The dark-coloured building and the area behind it in the picture below was the area housing the kitchen complex. It was an enclosed quadrangular area comprising a "kitchen" with a series of masonry ovens (bhatti) and hearths (chūlhā). This cooking area was located on the northeastern corner. A series of platforms and corridors lined the northern and southern sides of the quadrangle. A few chambers were built on the eastern side adjoining the Royal Kārkhāna.

A staircase connected this kitchen to the roof of the Dįwān-i ām from the south. The cooked food and beverages were taken from the kitchen to the Daulatkhāna and the ābdārkhāna (beverage house). From here, upon being tested, the food was laid before the Emperor or taken to the Royal Haram.

A triple-layered platform is also constructed in the middle of the kitchen courtyard. Was this the place from where the royal chef supervised? To the west of the kitchen quadrangle, just adjoining the ramp besides the Hauz-i Shįrīn, on the road leading from Hathipol to Diwān-i ām, are a group of buildings comprising a hammām and a multi-chambered structure.

Such structures are usually constructed near each and every workplace, a kārkhāna or a buyūtāt, even sarais. Our sources, both European (for example, Fr Monserrate) and Persian sources (for example, Abu’l Fazl and Badauni) inform us that there used to be yātishkhānas (or yatashkhāna) (Fr Monserrate mentions iataxqana), which were residential quarters built near workplaces for the dāroghā (superintendents).

They were office-cum-residences of those in charge: just as today a hydel engineer has his residence and office near the canal or project under his charge!

The term Yātishkhāna technically meant a place to quench one’s thirst. Such residential office abound in Fatehpur Sikri: thus we have one attached to the Sarai, another to the Imperial Kārkhāna, yet another near the stables and animal pens!

During the 19th century, a scholar who wrote in Urdu noted an inscription adorning the external wall of the structure near Hauz-i Shīrīn that informed it to be the house of the superintendent of kitchen establishment, a certain Muhammad Bāqir. 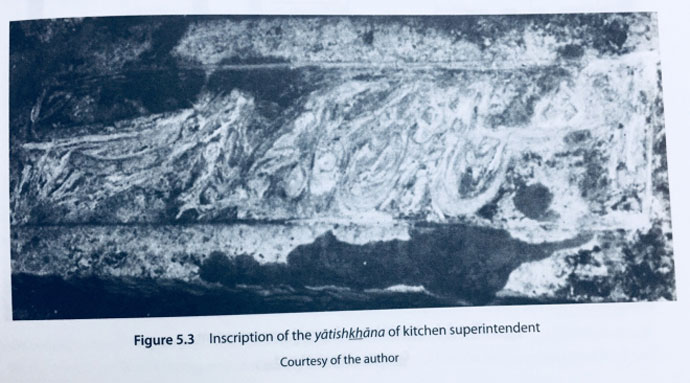 The inscription, according to him, ran thus:

(The office-cum-residence of the superintendent of kitchen establishment, the slave of the threshold, Muhammad Baqir, the cook.)

By the time professor Athar Abbas Rizvi started looking for it, it was lost and untraceable.

I rediscovered it in the 1990s. Having fallen to the ground, it lay recognised until an enterprising villager, on seeing a Persian writing over it, placed it on top of a platform adjoining the very building which once adorned it and converted it into a “tomb”. 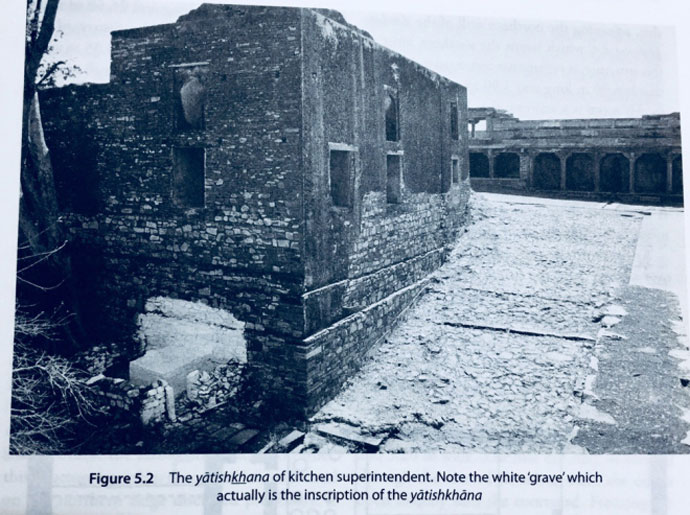 Today, it is taken to be a grave, a mazār of one “Syed Bābā”, adorned with flowers, with a green chador covering it. It is visited by the many gullible who believe in its miraculous powers!

What better tribute could one give to the one who used to feed Akbar the Great three times a day, for at least a decade!

He, as the superintendent of kitchen, also had the daily duty of tasting the food being laid before his emperor to ensure it wasn't poisoned!