Toxic Water: How Fazilka district is on the receiving end of a man-made disaster

The water in Fazilka's drains is so dirty and filthy that Pakistan has built a wall along its border to prevent the entry of these drains into its territory.

India’s border district of Fazilka in Punjab is paying the price for being a low-lying area. The appalling condition of the district is a prime example of how good-quality water — which can be used to rejuvenate and irrigate lakhs of acres — is being converted into poison.

Fazilka is about 430 km from Delhi. It is the lowest point in the southwest corner of Punjab. Untreated sewage from 20 towns over five districts in Punjab is dumped into a network of 21 drains in the region. Multiple sewage treatment plants in these districts function very poorly — if they are functional at all. Flowing naturally towards the low-lying area, the drains find their way to Fazilka district. 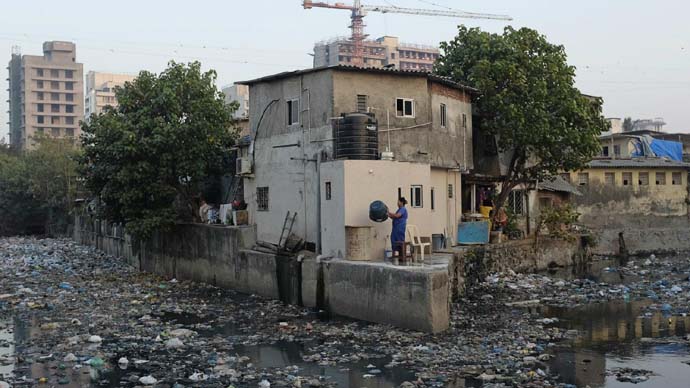 Fazilka borders Pakistan. The water in these drains is so dirty and filthy that Pakistan has built a wall along its border to prevent the entry of these drains into its territory. Due to the constant apathy of the state government over two decades, the situation has become insufferable for the residents of Fazilka.

These drains carrying untreated sewage now run in full flow. Their water is a dirty, stinking green. Some of the drains carrying this dirty water seem like mini-rivers. These 21 drains converge into four major channels – Aspal Extension ditch drain, Sabuana drain, Langiana drain, and Chand Bhan drain. These four drains almost form the perimeter of Fazilka, flowing past hundreds of villages and thousands of hectares of agricultural land along the way. Water from these sources gets collected at the tail end, in the form of an expansive, mucky lake. This lake of poisonous water has formed along eight to nine kilometres, lying adjacent to the border villages. It is not just the villagers who have to live with the curse of this stinking muck. Battalions of Border Security Force (BSF) stationed in this area also have to put up with insufferable odour arising from the drains and the lake.

For years now, this muck has seeped in and mixed with the groundwater. As a result, the water that is pumped out in the villages of Fazilka is hazardous for drinking and not suitable for agriculture. Water samples taken by the Punjab Pollution Control Board (PPCB) have revealed severe levels of contamination and the alarming presence of faecal coliform bacteria. The presence of bacteria indicates sewage contamination of the waterway and the possible presence of other pathogenic organisms. The water pumped out of the grounds has dropped to ‘E’-grade quality – classified as ‘completely unsatisfactory’, meaning that it is totally unusable for any purpose. Groundwater over lakhs of acres is increasingly getting poisoned. In turn, it is poisoning the soil and agricultural crops of the area and impacting the fertility of the land here.

Dr Vikram Ahuja, an award-winning farmer of Fazilka, knocked the doors of the National Green Tribunal in 2019, seeking relief for the farmers and a solution to this growing menace. For the past several years, his constant plea to the state has been that basic cleaning of this water at sewage treatment plants in five districts will make this water highly suitable for agricultural use. Despite farmers mobilising and agitating on the issue, no solution is in sight yet. Instead, a man-made disaster is in place.