How Covid-19 has brought new rules in Indian filmmaking

The recent guidelines issued by the Producers Guild of India (PGI) indicate that post lockdown, filmmaking is going to be harder than ever before.

Shooting will see a seismic shift post lockdown. The recent guidelines issued by the Producers Guild of India (PGI) indicate that filmmaking is going to be harder than ever before. Apart from the expected measures of hand-washing and sanitising and maintaining a distance of at least two metres on location, each member is to get a triple-layer medical mask and gloves which have to be worn throughout the shoot. Handshakes, hugs and kisses are to be avoided and no more sharing of cigarettes on set or in offices and studios. 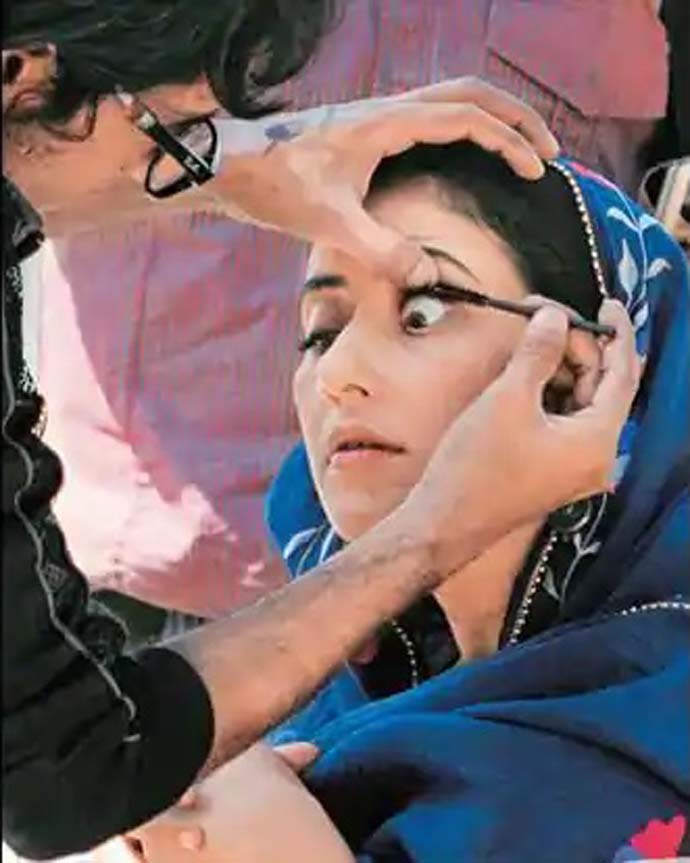 Make-up artists and hairdressers have to clean and disinfect all their products and tools before use. (Representative photo: Reuters)

Producers will have to incur heavy costs for sanitisation of locations, studios and office. Measures include having a negative ion machine which helps destroy bacteria. Portable chairs and washbasins, hand sanitiser dispensers and thermal scanners are essentials now. An ambulance has to be on standby and two junior-level MBBS and a certified nurse must be present on set for the initial three months in two different shifts. Garments have to be washed either with professional laundries which use special disinfectants or using ozone washing machines which has bactericidal, antiviral, fungicidal and deodorant properties.

It remains to be seen how many production houses will take the pains to implement such measures. PGI suggests that auditions, for now, be conducted via video conference thereby eliminating contact. Minimal costume fitting trials are to be planned before filming and clothes of actors have to be protected with a plastic cover. Make-up artists and hairdressers have to clean and disinfect all their products and tools before use. Even hair wigs and extensions have to undergo deep cleaning before and after any application. Actors are encouraged to bring their own make-up tools.

In addition, there are protocols for the sound department, camera, grip and electrical department and catering services and also for those involved in post-production. More significantly, the list suggests that crew above the age of 60 years be avoided at least for three months and thereafter be used judiciously. Do not really expect any scenic vistas on the big screen at least for a few months as the majority of the shoots are to be planned in indoor sets.