Deccan in deluge: What makes the floods an annual saga year on year?

The floods in Kerala, Karnataka and Maharashtra, that have become an annual event, are man-made and could have been prevented had action been taken in due time.

Kerala, Karnataka and Maharashtra are under deluge — yet again.

Various reasons have been attributed to the floods, ranging from the wrath of the gods apparently because of women entering the Sabarimala temple, poor foresight and preparation of the government, neighbouring states releasing water from dams, leading to the reservoirs overflowing, and unbridled growth and urbanisation.

But what needs to be looked at, and addressed urgently, is the alarming recurrence of the floods that have become an annual event.

When Kerala was reeling under incessant rains and flood in 2018, some news reports went to the extent of comparing it to the Great Flood in the Bible. Indeed, it was the worst flood in Kerala in nearly a century — the final official count of the casualties was 483 and 140 people were reported missing. About a million people were evacuated and property worth multiple thousand crores of rupees was destroyed. 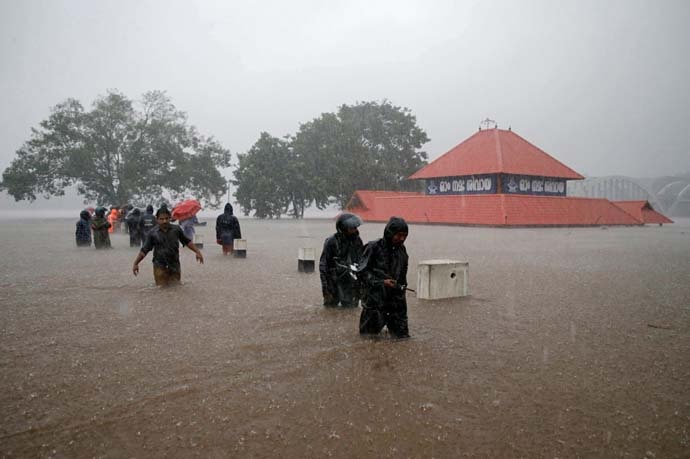 The Deluge: Rescue team wades through a water-logged area on the outskirts of Kochi, Kerala. (Photo: Reuters)

This year, the saga of repetition has already begun. As of August 12, 2019, landslides and flash floods in Kerala have killed 17 persons, including a four-month-old baby, in just the past two days, more than 100 persons are trapped in remote villages and around 1700 persons have been shifted to relief camps.

The state disaster monitoring centre has also said that 5, 81,702 people have been evacuated from the flood-hit areashttps://t.co/tDPJzmiwaq

Karnataka CM BS Yediyurappa in Belthangady, Dakshina Kannada: 5 bridges & 300 houses damaged or completely destroyed in the floods in the district. These families will receive a compensation of Rs 5 lakh each. As an emergency relief, Rs 10,000 will be distributed to the victims pic.twitter.com/sfi4FZRfjQ

The annual deluge in these states is man-made, forewarned and could have been completely avoided, if only expert opinion had been adhered to.

Back in 2011, the Western Ghats Ecology Expert Panel (WGEEP), appointed by the Ministry of Environment, Forest and Climate Change, and headed by Madhav Gadgil, ecologist and founder of the Centre for Ecological Sciences at the Indian Institute of Science, had submitted its report, citing 64% of the Western Ghats region as Ecologically Sensitive Areas (ESAs). The report had suggested that 1,40,000 kilometres of the Western Ghats be classified in three zones as per the requirement of environmental protection in the areas and had recommended strong restrictions on mining and quarrying, use of land for non-forest purposes, construction of high rises, dams, etc.

The report was rejected by the government and none of its recommendations were adopted by any of the stakeholder states.

The reason reportedly cited was that it was 'anti-development' — and hence, unviable.

According to Professor Gadgil, most of the regions impacted by the recurrent monsoon were once classified as ESAs by the report. In media interactions, Prof Gadgil blamed the irresponsible environmental policy, extensive quarrying and mushrooming of high-rises and strongly averred that these floods are man-made calamities and completely avoidable.

The worst is perhaps yet to come.

Owing to the poor planning of towns and cities across the country, none of them has proper irrigation and drainage systems to meet their burgeoning population.

The irrigation and drainage systems are imperative to efficiently bring water into the cities from water bodies and take water out from these cities. The civilisations of the past were situated along the river banks for the same reason. 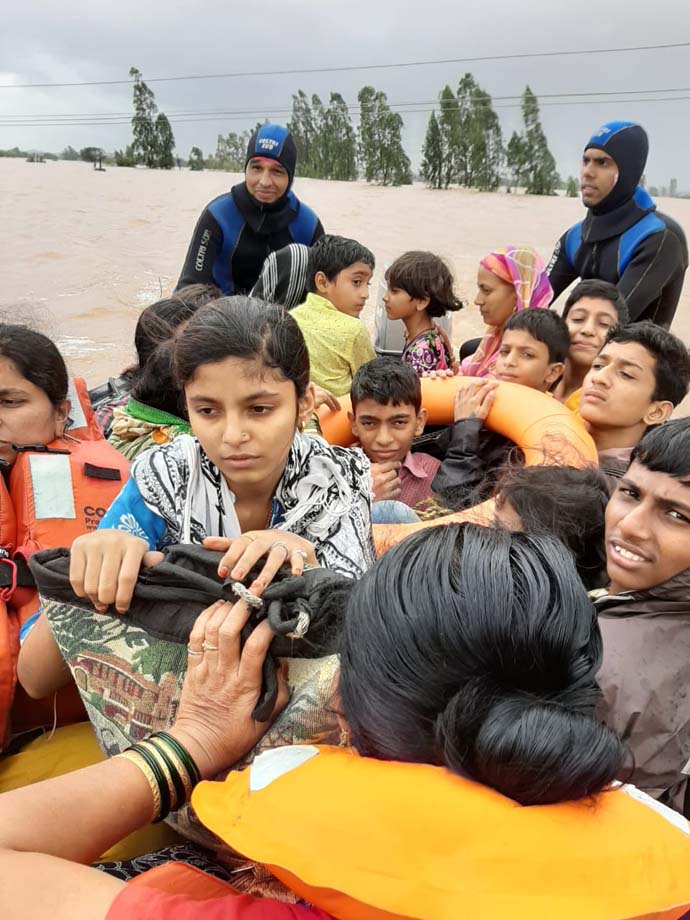 With the heavy downpour, the water bodies (primarily rivers) are overflowing. In its natural course and meander, a river would have flown through the plains and low-lying areas and drained into the sea. Now, the course is riddled with townships, cities, buildings and roads. Further, with encroachment and construction on wetlands and water bodies and leaving not an inch of fallow space has led to the water not percolating in the ground. Because of this, on the one hand, groundwater depletes — and on the other, there is nowhere for the rainwater to flow, resulting in inundated cities and townships.

Another major reason for the recurrent floods are the dams.

When the reservoirs fill up, the dams are opened to let the excess water out. These dams store massive quantities of water and hence, when they flood, it is vastly different from the case with rivers.

The story repeats in Mumbai every year. The same happens when Kochi is flooded. It is the same case for Bengaluru.

After all, nature knows no bias.

Also read: Monsoon floods will only get worse in India. This is what can be done to help