How the food we eat shapes our existence

The first time I truly felt like an alien in Delhi – a city I had moved to from Calcutta – was almost two years after I had shifted. I was fortunate to have a friend who not only offered her house to me in a new place where I had come to in search of better work and a different life but also cooked delicious meals for the both of us.

In return, I had to do the dishes, which too mostly produced dissatisfactory results. But after two years of sharing a house with another person, I decided to move out and try living on my own. It was a sudden and difficult personal call but I realised that for a procrastinating and lazy individual the only way to learn how to fish is to turn into a Robinson Crusoe-esque protagonist in one's own universe which is bereft of choices.

I remember the first night alone inside the small 11x11 one-room apartment I had rented. I earned about half of what I earn today, and the sudden decision to shift had meant an additional burden of expenses, which I hadn't planned for.

So, the meal had to be modest, and luckily my then-landlord had shared the number of a local 'tiffin service' with me right before I had moved in. 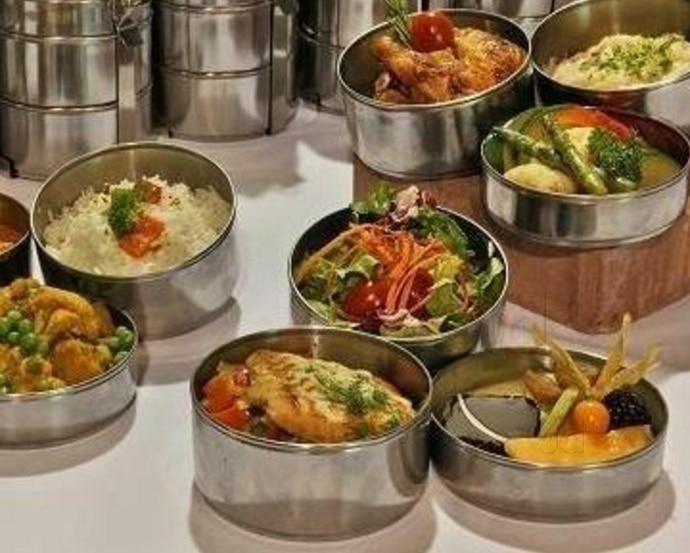 Food is so much more than just about taste and how it looks.(Photo: Facebook)

The grey box in which my dinner arrived was unremarkable and steely but thankfully, the food was still warm; three rotis carefully wrapped inside aluminum foil, the rice, the dal and one sabzi (possibly it was aloo-gobi) packed in three small circular cases and attached together like a regular tiffin carrier.

I had been separated from my hometown, my room in our home where I spent most of my childhood, my parents and most of my friends for almost two years then - but it was for the first time when the small piece of roti dipped in dal touched my mouth and I really felt dislocated.

My life out of tin cans and packaged food containers had begun.

The only occasional comfort I forcibly derived was the thought that these aluminum-wrapped rotis were also made in somebody's home.

The privilege my family provided had allowed me to exist for twenty-six years without learning how to cook my own food. I'm still no culinary master but I can manage to whip up a couple of things. I have always been of the firm belief that every kitchen in every home in every city in every country has a distinct flavour of its own. And even if you transport every last element of one kitchen to another place, including the cook, replicating that flavour is virtually impossible.

And it's when the familiar tastes leave the tip of your tongue to make way for newer, more experimental and more disruptive flavours, is when one finally bids goodbye to one's home.

When I read about the pain and sufferings of refugees around the world, whether in Syria, Greece or Bangladesh, how they survive in cramped spaces with minimal facilities, one of the things I always wonder about is the food they are eating.

There must have been a vendor who supplied a family fresh vegetables once, now replaced by a generic ration of supplies which serves the purpose of survival more than eating. Young children who perhaps had just gotten accustomed to the taste of the food cooked at their homes having to relearn how to identify and remember the names of flavours again.

My grandparents traveled from Bangladesh to India during Partition and when he was still alive, I so often heard my grandfather tell us that no matter how well the fish was prepared at our house in Calcutta, Ilish just never tasted like how it used to in his hometown, in Faridpur district, ever again. 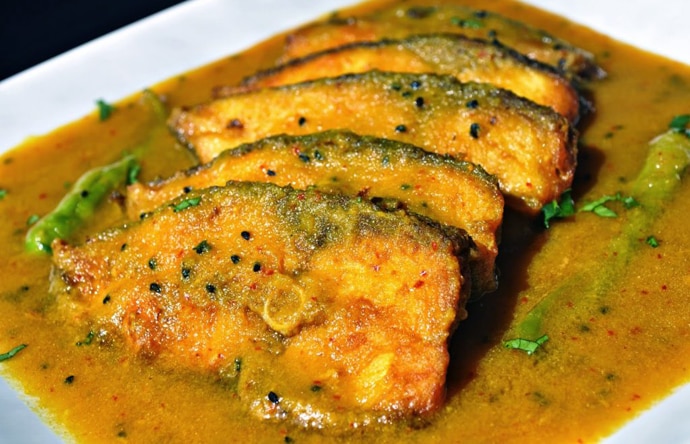 It never tastes the same: For many who moved home after the Partition, the Ilish never tasted like it used to. (Photo: Facebook)

Taste as memory is the strongest memory of all, possibly because it’s our only experience which actually travels from the tip of our tongue to every blood cell in our body.

Taste lives inside us.

A friend once quit his new day job because the canteen at his present office building couldn’t match up to the one at his previous employer’s. In the delectable, The Lunchbox (2013) – a movie about two strangers who never meet – their relationship is solely based on a charming and utterly honest appreciation for the food she cooks which mistakenly gets delivered to the wrong recipient.

Meat lovers still swear by Lucknow's famous ‘Tunday Kababs’ started by Haji Murad Ali at the end of the 17th century and keep returning to the city for it simply because the kebabs made there apparently continue to follow a closely guarded secret family recipe involving 160 varieties of spices! Food in cookery shows is often only judged on the basis of two criteria: presentation and taste. But food in real life has always been about remembering, relating and returning.

We take the gas cylinder and the oven from our homes when we are displaced, but the taste and smell of the food we grew up with is always left behind. (Photo: ScreengrabYoutube)

When we shift homes, we take old furniture and paintings along with us to reminisce about how our life once used to be and which no one we meet later will be accurately able to picture; like a secret trapped in time. But it’s for the intangible experiences why we like to travel back in time. Imagine you’re handed a time machine someday and you choose to take it backward.

Yes, you might go back for your first cricket bat or school uniform or the window in your room where you grew up. But you’ll actually be going back for the sound of your first cover drive, the mud stains on your skirt after a rainy day and the scent of Krishnachura on lazy ‘load shedding’ afternoons.

Similarly, we take the gas cylinder and the oven from our homes when we are displaced – but the taste and smell of the food we grew up with is always left behind.