Here are some food items in news, explained in depth.

It is a fact universally known that Indians have a profound relationship with their diverse food and beverages. In the current political climate, food and beverages are often thrown into the popular political and economic discourse, puzzling citizens, and hence there is a need to understand each item and its broader meaning. Below, are some food items in news, explained in depth.

Champagne: The ambrosia of centrist and neutral liberals, (or rootless cosmopolitans) who don’t know who they are or what they stand for, and whose only claim to fame is a bleeding heart. 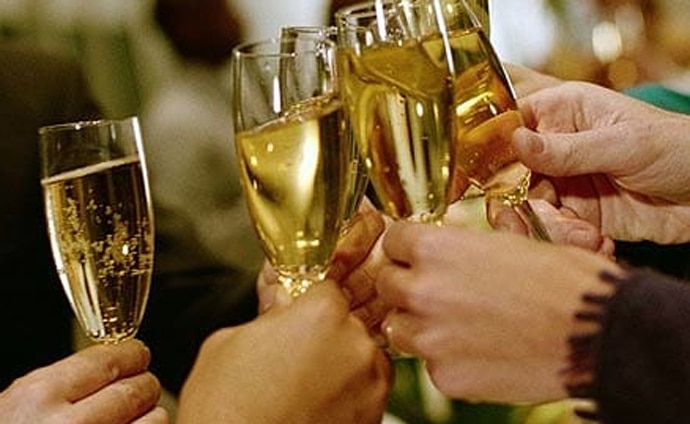 This "Champagne" liberal class will support anything and everything that is fashionable and liberal - one moment free market, next gay rights, next feminism, and then free speech. If they really dislike someone, they will file an RTI against them and write an angry op-ed. Like champagne and its after-effect on the nervous system, they only target emotions, have no character, and liberally support any liberal cause that is not conservative.

Usage: Champagne liberals are the disease, not the cure. It also shows that the reign of western educated coffee-drinking elites of India has long passed.

Usage: He built his own business empire and like Ambani, so he is temperamentally a "chai-wala".

Pakora: The sturdy and buoyant surface of a deep fried "pakora" represents the Indian economy and its tough pragmatism that can withstand the red of any ketchup it is dipped into. The soft texture, with sprinklings of other vegetables represents class and caste inclusiveness that goes beyond political motives and looks at inclusive growth and development as a national agenda. The golden hue of the "pakora" represents India’s golden economic past, before the barbaric Mughal invaders came and started roasting and charring kebabs (Disclaimer: In countries abroad, this analyst found that "pakora" is also referred to as fried Indian doughnut. The title subtly represents the Make In India campaign.)

Usage: Narasimha Rao’s could only liberalise the economy, but he failed to make it a "pakora".

Khichdi: Despite the complexity of its texture, in many households "khichdi" is fed to the sick and the unwell, because of its mild ingredients, understated taste, and ability to not provoke the digestive tract. Hence "khichdi" is a noble choice for being the national food for an unwell state. Unlike a single ingredient "palau" that can represent authoritarianism or absolutism of ideology, "khichdi" as the national dish can serve to remind any unwell nation or political class that a robust democracy needs multiple mild ingredients to work together, without overpowering the taste buds. Usage: His downfall lies in the fact that he is not a "pulau" but a "khichdi" leader, always listening to everyone.

Vegetarian food: Vegetarian food represents the ideological and political moorings of the Indian state. It is a necessary humanitarian stand which articulates the fact that the country does not encourage the killing or brutal massacre of any animal for consumption. It sends out a strong statement, that we are a society moored in compassion and empathy. How can a country where the great leader gets emotional (not apologetic) if a puppy comes under a car, eat chickens or cows? It also enshrines the values of "Vasudeva Kutumbakham". Usage: It is unfair to question our human rights commitment based on one Rohingya issue, when Masterchef in India only allows vegetarian food.

Wine and cheese: Representative of the wasted leftist intellectual class of Delhi’s leftist elites, who hang out in the debased confines of (Go back to Pakistan) "Khan Market", assume life to be an Oxbridge dinner, and peddle in intellectual snobbery. In reality this is a disguise for the hypocrisy with which they propagate leftist propaganda while hanging out in comrade cliques, sipping Chardonnay and nibbling on Brie. Known to be forever conspiring against state surveillance plans. Usage: Wine and Cheese intellectuals should remember that Davos is not Khan Market.

Also read: 'Non-vegetarian' is the biggest casteist scam that has ever been pulled on Indians

#Media, #India, #Food politics
The views and opinions expressed in this article are those of the authors and do not necessarily reflect the official policy or position of DailyO.in or the India Today Group. The writers are solely responsible for any claims arising out of the contents of this article.

The author is a culinary geopolitics strategist.