Why India's elephants are dying on its railway tracks

The country has the highest number of train accidents involving elephants in the world.

Four elephants were killed on April 16 after a train knocked them down in Odisha’s Jharsuguda district. The incident, coming in an elephant corridor and barely two months after five pachyderms died similarly in Assam, highlights yet again how India’s railway tracks have turned into death traps for elephants.

According to wildlife experts, India has the highest number of train accidents involving elephants in the world.

Odisha: 4 elephants killed after being hit by a goods train near Telidihi Village in Jharsuguda. pic.twitter.com/1nyQ2fPJzB

In the Assam incident of February, baby elephants were unable to run away as the train hurtled towards them, and adults had surrounded them to protect them. A few months before that, in December 2017, five more elephants had died in a different part of Assam, which included a pregnant animal.

The reasons behind this are several: constantly increasing human population, habitat destruction, increased frequency of fast trains, and probably the most important – neglect on part of authorities.

After a particularly bad accident in Odisha killed six animals in 2012, norms stating down safety measures were put in place. 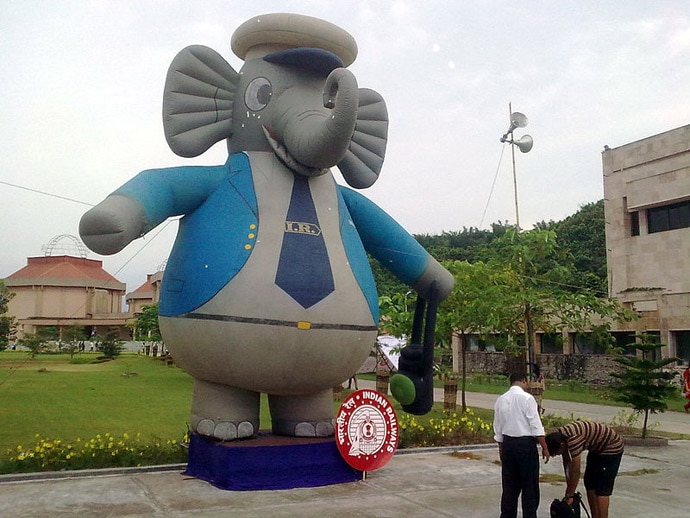 The mascot of Indian Railways is Bholu, an elephant. Photo: Wikimedia Commons

One of these is that trains limit their speed to 30kmph in elephant corridors – areas designated as routes for elephant migration from one habitat to another – and blow horns constantly to warn the animals that might be crossing tracks.

Forest officials are also supposed to alert Railways about movements of elephant herds.

In the Assam incident in February, the train was running late and the driver was reportedly going faster than the speed limit to make up time. Reports state that the train in Monday’s Odisha case was speeding too.

What are elephants doing on railway tracks

Increasing human population has meant afforestation, turning of forests into farmlands, and in places like Odisha, sacrificed to mining. This has pushed elephants closer to human habitations. The past decades have seen rapid growth in infrastructure, and linear projects like railway tracks are bound to cut through forests.

Elephants migrate annually – in the case of Odisha, they enter from Bengal, after spending the summer in Dalma hills in Jharkhand. Apart from their natural movement, herds are forced to travel for food and water, and in the densely populated Bengal-Odisha regions, they have to cross train tracks. 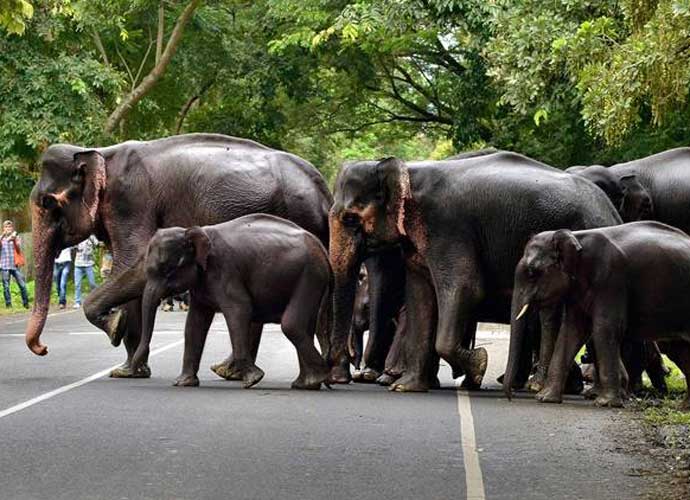 The past decades have seen rapid growth in infrastructure, and linear projects like railway tracks are bound to cut through forests. Photo: Reuters

The conversion of tracks from meter and narrow gauge to broad gauge has meant the introduction of more fast trains, and hence increased risk to pachyderms.

Trains continue to kill elephants despite the government claiming to pay active attention to the problem for at least the past five years. Speaking on the issue in 2013, then railway minister Pawan Kumar Bansal had told the Rajya Sabha: “In consultation with the Environment and Forest Ministry and the forest departments of state governments, Railways is attempting to find a more lasting solution in the matter through deposit works consisting of measures such as construction of ramps and underpasses etc, the cost of which will be borne by the Forest Department.”

The construction of ramps and underpasses is a daunting project – of the 88 identified elephant corridors in India, 39 have railway tracks cutting through them – and even if taken up in earnest, which it has not been, will demand massive investment and take years to complete.

Some experts have also cited the problem that elephants may not use narrow ramps and vibrating underpasses, and continue to cut through tracks. In 2014, the Supreme Court had directed that trains be slowed down in forested areas. When the Railways challenged this and advanced ramps as alternatives, the court had said: “Why not put up a road sign as well to inform elephants about these safe passages?”

The government, thus, needs to come up with creative solutions to the problem, in consultation with experts. Wildlife activists are more than willing to meet the government half way. As recently as on February 2, several experts wrote to railway minister Piyush Goyal, urging him to look into the problem, and listed solutions, including repeating some of the most effective strategies of Rajaji National Park, Uttarakhand. The railway track running through the park was once called the “killer track”, but has not seen a single death in the past 10 years.

In the letter, the activists have written: “These practical interventions, implemented in collaboration with the Forest Departments and relevant NGOs, will go a long way in addressing the issue. The Indian Railways will be held in high esteem for respecting and working to conserve the country’s endangered biodiversity.”

It is to be hoped the ministry responds to the appeal, and works to save the animal that also happens to be its mascot.

Also read: How India's brick industry is a major cause of pollution

#Railways, #Train track accidents, #Wildlife, #Elephant corridor
The views and opinions expressed in this article are those of the authors and do not necessarily reflect the official policy or position of DailyO.in or the India Today Group. The writers are solely responsible for any claims arising out of the contents of this article.