With GD Agarwal's passing, India has lost a mighty heart. And a bit of its own self

We must recognise GD's struggle to save the Ganga, an effort made through months of his fast that finally claimed his life. 'We too' must now redeem our soul.

As the Ganga flows along today, it must be flowing sadly, having lost a devoted friend who gave up his life for her. While it has transported millions to the next world, it is indeed strange that it will not be so with the ashes of Professor GD Agarwal as he has donated his body to the All India Institute of Medical Sciences in Rishikesh. GD Agarwal loved the river Ganga. It will miss him now. (Photo: Facebook)

Perhaps that is the rare legacy of GD Agarwal that he dedicated his life to the Ganga, but gave his body to humanity and science. This subsumes his identities as a lover of the river and nature, a holistic scientist and a saint who gave his all to the cause of the Ganga – a river which is sacred for all those who have lived by it, ever since human beings walked this land.

Though his message is yet to move the multitudes, the death of such a being is not an ordinary death – it will wound the heart and soul of this land.

His death is not an act of God. After giving patient notice to the country by fasting for 111 days for the Ganga, waiting and beseeching action, our government received his sacrifice with sheer callousness. Even the people of India have been heedless to his plea.

GD, as he was fondly known, was a professor at the Indian Institute of Technology (IIT) in Kanpur. Moved by the abject plight of the river Ganga and the assault on the environment, he left academia to devote himself to the larger cause of the conservation of nature – the precious legacy of the living planet.

Little did he know of the struggle and anguish this would bring.

I remember that in 2009, I was so moved and alarmed when I found he had been fasting for 30 days for the Ganga to flow free without dams.

Fearing that we may lose such a precious and selfless crusader for this just cause, I arranged a press meeting at the IWPC to urge the government to act urgently and accept his demands, which were all borne out by independent scientific enquiry. I was joined by activist Rajendra Singh and Dr Ravi Chopra of the People’s Science Institute, Dehra Dun.

Despite the urgency of the cause, I was very disappointed by the sparse audience. We then asked friends to urge Jairam Ramesh and then Prime Minister, Manmohan Singh, to act without delay. 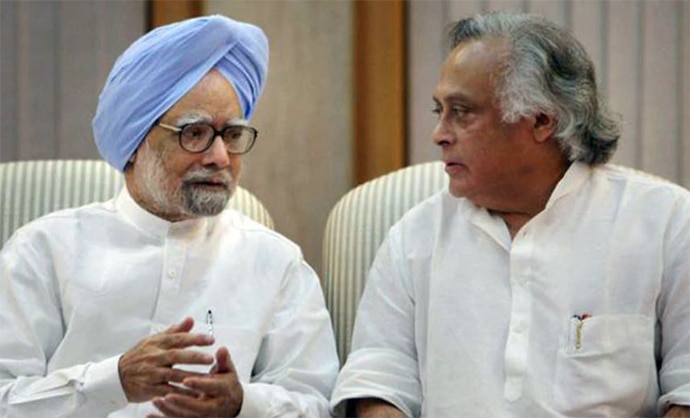 They did act in time. (Photo: PTI)

I  was very happy to learn that the government stopped and cancelled all dams on the Bhagirathi and declared an eco-sensitive zone from its source till Uttarkashi.

This time, in 2018, GD wanted the same action for the other branch of the Ganga – the Alaknanda and rivers that feed it, which had somehow been left out of the 2009 notification. He suggested some sensible steps for the conservation of the Ganga's ecology.

Considering that the Prime Minister had announced his reverence for the sacred river with great bravado and conviction in his election promise in 2014 and later set up a Ministry for Ganga rejuvenation, this is the least he expected. 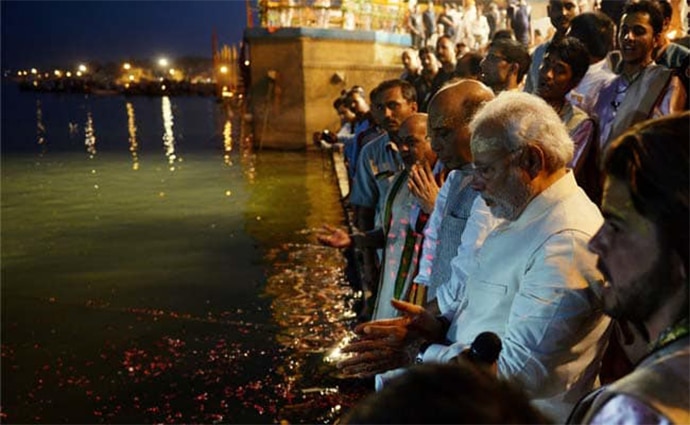 PM Modi had announced his reverence for the river Ganga. This had given activists like GD hope. (Photo: PTI)

But it was not to be.

I felt that his long fast touched the soul of India and its people. I tried to send out a message that if India has a soul, it must stand up for GD. A meeting of several concerned people was convened on how to chart a course to calm his anguish and restore the life of the Ganga.

It was decided that we urgently needed to have our Prime Minister graciously pay respects to GD and accede to his demands. We thought that since he was from IITs, we should marshal their directors to urgently take a delegation to the Prime Minister to press him to personally intervene and that we should ask the chief ministers of all the states – Uttarakhand, Uttar Pradesh, Bihar and Bengal – through which the river flows, to revere this soul and his commitment. 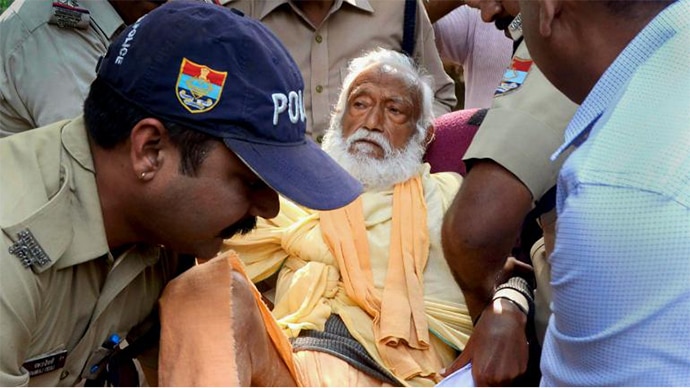 His last fast lasted until he left an uncaring world. (Photo: PTI)

His fast drained his being for almost four months, but his sacrifice passed us by like the wind.

What has happened to our hearts and soul?

GD was the embodiment of the age-old selfless tradition of India. He was a teacher and a sensitive scientist. He became an activist for the planet and finally entered deep into the soul of our faith and became a saint for the Ganga.

Will his martyrdom go in vain or will we redeem the soul of India in his remembrance? "We Too" have to commune with our soul.

#Environment, #Rivers, #Clean ganga, #Fast
The views and opinions expressed in this article are those of the authors and do not necessarily reflect the official policy or position of DailyO.in or the India Today Group. The writers are solely responsible for any claims arising out of the contents of this article.

The author is a physicist and an environmentalist.