DailyOh! Why Raghuram Rajan wants to ‘scare’ Modi govt, to what Rhea Chakraborty is complaining about

"Darr ke aage jeet hai.” That is why darr is important even if unwanted. This is the message former Reserve Bank of India governor Raghuram Rajan has for the government and the bureaucrats working under the government. What does Rajan want the government to be scared of? The economy, Stupid.

Rajan believes the government is complacent about the GDP numbers and that it needs to be frightened out of its complacency - a shock therapy to get the government to notice that the economy is in a shock. 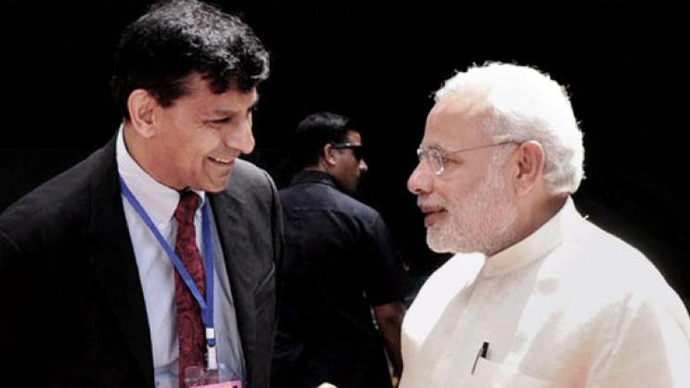 To do his bit to scare the government, Rajan has written a post on Linkedin. The post says India’s GDP numbers are worse than that of the US and Italy, which faced the worst of the pandemic. Reports say the government is saving the stimulus package for a later day. Rajan says make that day today.

"If you think of the economy as a patient, relief is the sustenance the patient needs while on the sickbed and fighting the disease. Without relief, households skip meals, pull their children out of school and send them to work or beg, pledge their gold to borrow, let EMIs and rent arrears pile up," Rajan wrote.

Rajan is trying to remind the BJP government of the economy, but the BJP unit in Bihar won’t let anyone forget Sushant Singh Rajput. Nearly three months after the actor’s death on June 14, there is no sign of anyone having forgotten about it but BJP is around just in case someone does. To put it on record, there are posters in Bihar claiming “Na bhoole hain, na bhoolne denge”. Posters put up in Bihar by BJP state unit.

The posters do not claim till when. We assume till people have voted.

Meanwhile, Kangana Ranaut who started out by saying she wants justice for Sushant has demanded and secured a security cover for herself. Not scared of the country’s economic state, the government fears actor Kangana Ranaut’s security is threatened and has therefore decided to grant her 11 personnel, who will include one or two commandos and police officials. They call it Y security. Many are asking why this security. The question notwithstanding, Ranaut will be going to Mumbai on September 9 to prove that she can go to Mumbai. Karni Sena, which has a history of indulging in violence, has offered to escort Ranaut peacefully from Mumbai airport to her home. That makes it a Y+ - 11 personnel plus Karni Sena volunteers - security.

There is no respite in sight for Rhea Chakraborty, the woman Sushant loved and lived with. With brother Showik in the custody of Narcotics Control Bureau, Rhea is being grilled by NCB over her involvement in buying and selling of drugs.

So much grilling would have burnt a person. Far from it, Rhea has filed a complaint against Sushant’s sister Priyanka for giving drugs to Sushant on a bogus prescription. The doctor who allegedly gave the prescription is also named in the complaint.

You can’t put the dead to trial posthumously for allegedly taking drugs with or without prescription. So Sushant is off the hook. Under the scanner is Sushant’s autopsy report. A team from AIIMS is assessing the ligature marks found on the body. The team from AIIMS is also conducting a forensic test of Sushant’s viscera. 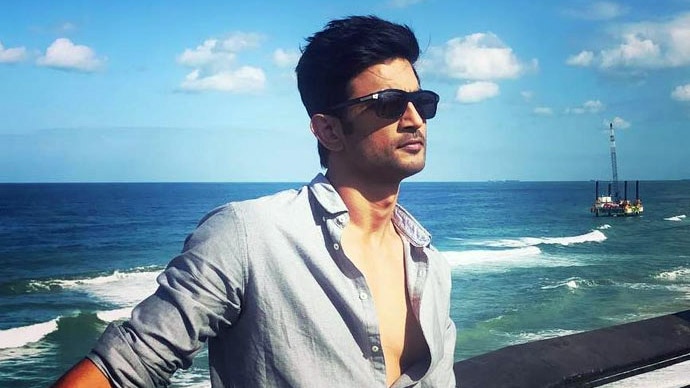 From Sushant’s death, let’s move to something Sushant would have loved to do had he been alive – gaze at the sky. Up in the sky, the Moon may be rusting along the poles. The revelation has been made by images transmitted by Chandrayaan-1, which was ISRO's maiden mission to the Moon.

What does rust on Moon prove? Rust on Moon is an indication that there could be water too. Moon is known to have iron-rich rocks. Iron rusts when there is oxygen and water around.

Rust, the Word Of The Day, finds its origin in German word rusta, which means redness. Rusta is also the origin word for ruddy, which refers to a reddish coloring in an object. When you look ruddy, you are looking red and healthy. When the Moon looks rusty, it looks like it can have water and oxygen so maybe we can turn the Moon into a holiday destination or a quarantine centre when viruses attack us here on Earth.

Talking of the virus, let’s talk about the vaccine. Russia has shared with India the data on Sputnik V. It is possible the Phase 3 trial of the vaccine happens in India. But frontline workers in Russia have refused to be turned into guinea pigs fearing the vaccine, which President Vladimir Putin claims has been tried and tested on his daughter.

With over 42,00,000 positive cases, of which over 8,00,000 are active, India is opening up because it can no longer remain locked down. What opened up today is the Metro service after remaining closed for 169 days in Delhi, Noida, Chennai, Kochi, Bengaluru, Mumbai, Jaipur, Hyderabad, Maha Metro (Nagpur), Kolkata, Gujarat and Uttar Pradesh.

Not all cities have opened up all the lines because lines are being opened in a staggered manner. In Delhi, services have started on the Yellow Line, which runs from Samaypur Badli in North Delhi to HUDA City Centre in Haryana’s Gurugram. Over the next five days, other lines will also open up. Since December 25, 2002, when the first Delhi Metro train ran on the Red Line after being inaugurated by Atal Bihari Vajpayee, who happened to be celebrating his birthday that day, the Metro was operating about 2,700 trips daily before its operations were locked down. Did you know that the automated doors of the Delhi Metro trains open and close about 25,00,000 times each day when the services run to their full capacity? The next time someone says nothing works properly in India, tell them this about the Metro. For the rest, look the other way.

The UP Police, however, didn’t look away when a murder accused in Kushinagar was lynched by angry villagers. The villagers were angry because the accused entered a house in the village and opened fire at a man who was sleeping. Police was called. When the police came, the villagers took charge of the situation and began thrashing the man till he collapsed.

Why was the police called? Maybe to take the body away.

In more news from UP, there is more bad news for those who penned a letter to Congress President Sonia Gandhi demanding a leadership change. In the seven committees set up in UP to prepare for the 2022 Assembly elections, Raj Babbar and Jitin Prasada’s names do not figure.

That is all we have time for today. We will be back tomorrow, which is when Kangana Ranut says BMC will demolish her Mumbai office.

I have all the papers, BMC permissions nothing has been done illegal in my property, BMC should send a structure plan to show the illegal construction with a notice, today they raided my place and without any notice tomorrow they demolishing entire structure ????

So, brace yourself for some more action tomorrow.

Now get the all new DailyOh in your mailbox. Click here to susbscribe.

Also Read: I travelled to Wuhan after the Covid-19 pandemic. This is what it was like