It's a crying shame textbooks are still riddled with gender stereotypes

It takes centuries to undo the damage.

My resolution for this year was to learn a new language. I cheated a little and went with Urdu since we all have many of those words in our vocabulary.

Determined not to give up on my resolution, I requested a young maulvi to come and teach me every day. He mostly teaches children. So, when I do my homework well, I get big tick marks and "good" on my notebooks. I think he is just as thrilled by this as I am, since he says that even though I’m an adult, I have to remember that learning a new language takes time, and this is good encouragement.

We had a friend from the south of India visiting and one evening I took out my books to practice what I had learnt that day. She asked me to read it out loud because whatever Urdu she had heard was beautiful, so I read, “aam kaat do” (cut the mango) and “dada aaye the” (grandfather was here). She asked me to stop after that.

I am now reading Class 2-level textbooks, which have many short stories, some poems - all with some kind of moral lessons in them. The first one was similar to the boy who cried wolf, the second was about two boys roaming around in a forest, the third was about the festival of Eid, but it just had pictures of men and boys. The fourth was a story about boys running around enjoying the rain. The first mention that girls and women exist in the world came with a story about a girl who was "good" because she liked to be neat and tidy. 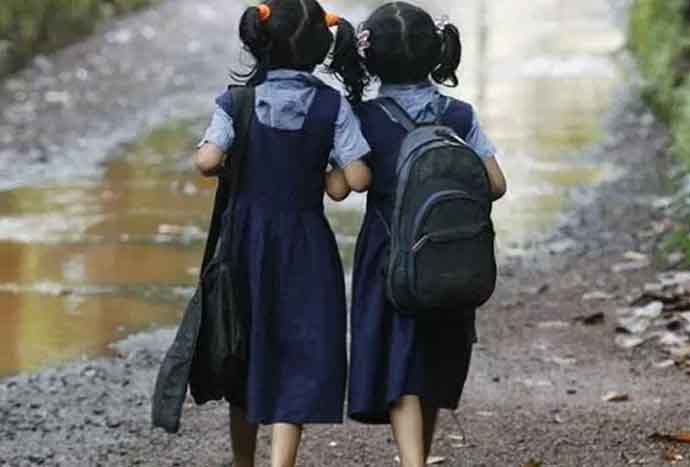 I was furious and gave the unsuspecting young maulvi a long lecture on gender stereotyping and the damage it can have on a child’s mind. He, very sweetly, said that he was very good to his wife and often helped her in the kitchen and around the house. He told me about Prophet Muhammad's progressive stance on women and how he would even cook. The maulvi told me that when Islam came to the world, women were treated very badly and had close to no rights, and that Islam gives women the right to property, a decision on whom she marries etc, and that the Prophet also taught people to respect all women, something he taught by example.

That was all well and good, I said, but this isn’t about Islam, it is about gender stereotyping and stories like this teach girls that they should be clean and tidy and that is about it. When I look at this book and see pictures of boys having a good time running through forests and in the rain, and I see a girl cleaning, all it does is make me angry. But I’m old enough for it not to affect me.

When a small girl sees this book, she will see a representation of herself after four stories about boys playing and being boisterous. She will internalise that boys are supposed to do these things while she is just supposed to be clean and tidy. When boys read the book, they will probably see the same thing. This is not about Islam giving rights to women or how far feminism has come, it is about these little things that start gnawing at your brain.

My maulvi is about to become a father, I told him that all parents should be very careful about the subtle messages of gender stereotyping because most of the time they will slip their notice. We are so used to these images and messages now, we have been bombarded with the objectification of women’s bodies, their roles as wives, mothers and sisters and rarely anything more. To us these is how life is, but to a child, this is what they’re learning. For them, this is how they should behave.

And it takes centuries to undo the damage.

Also read: My mother tongue is Urdu, I write in English, call myself Hindustani

#Male gaze, #Feminism, #Urdu, #Gender Stereotype
The views and opinions expressed in this article are those of the authors and do not necessarily reflect the official policy or position of DailyO.in or the India Today Group. The writers are solely responsible for any claims arising out of the contents of this article.