Why it is the right time to reclaim Gilgit-Baltistan

Recently, I came across an interesting announcement published in the 1948 London Gazette which mentioned that the King "has been graciously pleased… to give orders for… appointments to the Most Exalted Order of the British Empire…" The list included "Brown, Major (acting) William Alexander, Special List (ex-Indian Army)."

Who was he? What was this 'special list'? Brown is infamous for illegally 'offering' Gilgit to Pakistan in 1947.

As we debate the question of nationalities after the Citizenship (Amendment) Bill, 2019, was passed by Parliament it raises several questions, including the question of the nationality of the people of Gilgit-Baltistan.

But first, a little bit of history. 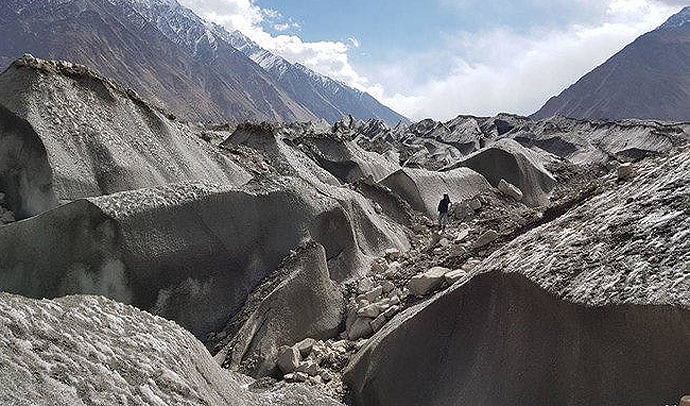 The photo shows Shimshal, a village located in Gojal Tehsil of Hunza District, in the Gilgit–Baltistan region of Pakistan. (Photo: Reuters)

In 1935, the viceroy prevailed upon Maharaja Hari Singh of Kashmir, "in the interests of the security of the British empire" to lease the Gilgit Agency as well as the hill-states Hunza, Nagar, Yasin and Ishkoman for 60 years to the British. Thereafter, Gilgit was administered by the political department, with a political officer reporting to the viceroy. In 2017, an article, When the British poured scorn over Gilgit, explained the background of the 1947 rebellion: "A carefully chosen force capable of rapid movement in the mountainous territory controlled by British officers, the Gilgit Scouts, provided the muscle to the administration."

The British Paramountcy lapsed on August 1, 1947, and Gilgit reverted to the Maharaja's control. Lt Col Roger Bacon, the British political agent, handed his charge to Brig Ghansara Singh, the new governor appointed by the Maharaja. Maj Brown remained in-charge of the Gilgit Scouts.

After the brutal tribal invasion organised and supported by Pakistan, on October 26, 1947, Singh decided to sign an Instrument of Accession and joined India. However, Maj Brown refused to acknowledge the orders of the Maharaja, under the pretext that some leaders of the Frontier Districts Province (Gilgit-Baltistan) wanted to join Pakistan. He took upon himself to hand over the entire area to Pakistan on November 1, 1947.

The article said: "The bloodless coup d'etat was planned by Brown to the last detail under the code name 'Datta Khel', which was also joined by a rebellious section of the J&K 6th Infantry under Mirza Hassan Khan."In his memoirs, Gilgit Rebellion: The Major who Mutinied over the Partition of India, Brown described his encounter with Pakistan PM Liaquat Ali Khan: "Colonel Bacon, Colonel Iskander Mirza, and I were called into the ante-room. The Pakistan Premier was seated at a desk, poring over a large-scale map of Kashmir and Central Asia. …Mr Liaquat Ali Khan started by congratulating me and thanking me for all I had done in preserving peace in the Gilgit Agency."

Liaquat then said: "Brown, give me your ideas [for Gilgit] from a military point of view." The major explained in detail his plans to defend the area by reorganising the Scouts. "Right" said the Premier: "That disposes of the military angle." There is no doubt about the illegality of the mutiny, but were the British Headquarters informed? At the time, the entire Pakistani Army hierarchy was British. So, the answer can only be that Maj Brown's British bosses were aware of his 'gift' to Pakistan. The fact that he was appointed to the OBE is a further proof. The King usually does not appoint 'deserters' or 'rebels' to the august Order.

Even today, it has serious implications for India. The UN resolutions of January 17, 1948, and August 13, 1948, and January 5, 1949, (UNCIP Resolutions) made it clear that "Pakistan cannot claim to exercise sovereignty in respect of J&K." In 1963, a secret note from the MEA clarified further that according to the term of the UN Resolutions, "Pakistan cannot purport to exercise even 'actual control' over the defence of these areas."

It means that the agreement signed on March 2, 1963, between Pakistan and China about the Shaksgam Valley of the Gilgit Agency being transferred to China is legally invalid.

Another logical result is that inhabitants of the area, if they want to move to India, should be entitled to Indian citizenship. Amazingly, two years ago, the British Parliament passed a resolution confirming Gilgit-Baltistan was part of Jammu and Kashmir.

The motion was tabled on March 23, 2017, by Bob Blackman of the Conservative Party. It reads: "Gilgit-Baltistan is a legal and constitutional part of the state of Jammu and Kashmir, India, which is illegally occupied by Pakistan since 1947, and where people are denied their fundamental rights including the right of freedom of expression."

One can only hope that Ajit Doval, the Indian interlocutor of Wang Yi, the new Chinese special representative, will point out these historical facts, which means that the India-China border is 4,056 km and not 3,488 km, as China would like to believe. The new maps recently released by the government of India showing the Leh district of Ladakh including the districts of Gilgit, Gilgit Wazarat, Chilhas and Tribal Territory of 1947, make this clear.