Girls and Guns: Celebrating four tough women cops who nabbed the most dreaded gangster of Gujarat

Once upon a time, we had to search hard for tales of women warriors who wielded weapons with ruthless pizzazz. Those days are fading and not a moment too fast!

When I was a kid, my mom used to narrate tales of the valour and courage of all the mighty kings who fought bravely in wars.

Needless to say, all the stories were around masculine warriors like Chhattrapati Shivaji, Maharana Pratap, the Rajput nobles and the like.

But every once in a while, she sneaked in a tale of the Rani of Jhansi — with the phrase ‘Khoob ladi mardaani, woh toh Jhansi waali rani thi’. 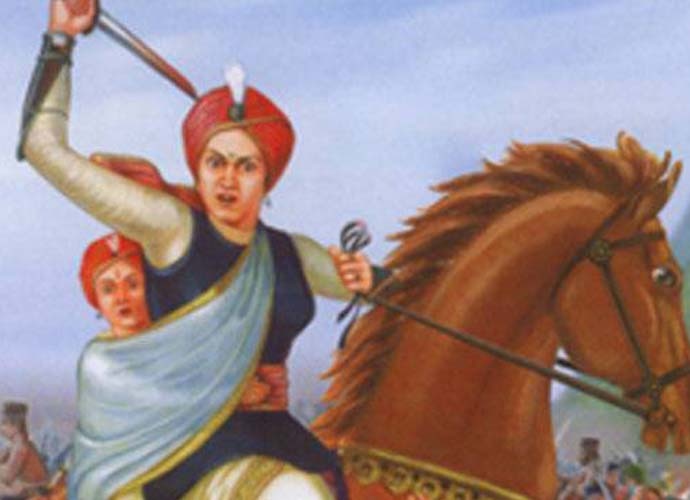 The Rani of Jhansi: One of the rare women warriors recalled in Indian folklore. (Source: India Today)

While I was growing up in the 90s, the films, much like the old tales, always portrayed strong male protagonists. A film with a strong female protagonist was hard to come by. I remember in 1994 when the film Bandit Queen released. Seeing Seema Biswas channel the character of Phoolan Devi, a badass, hardened and revered leader of a dacoit gang in the Chambal, seemed a little off to me. And I wasn’t alone. Somehow, seeing a powerful, independent woman as the leader of a gang and using guns and other weapons, just as freely and nonchalantly as men did on screen, seemed quite startling to many film viewers, used to watching women mostly singing songs and being coy on screen. People back then weren’t very woke and to them, ‘girls and guns’ didn’t go hand-in-hand. To them, powerful female warriors could only be heard of in rare fictional tales that were simply too good to be true.

Thankfully, those days are gone — we now have a set of badass women in real life who have proved their valour (not that they had to, but hey naysayers, take that) with this incredible feat.

If you've been living under a rock, let me fill you in with all the deets.

Four women super-cops in Gujarat from the Anti-Terrorism Squad, in a pre-dawn operation, nabbed the most dreaded criminal in the state who had been on the run over a year.

The notorious man was reportedly accused of murder, extortion and robbery. The man was caught in a forest in Botad district, Gujarat. In a photograph released by the police, he can be seen sitting helplessly as he is surrounded by women holding guns.

‘He was so dangerous that the government had directed us to nab him at any cost — and I am proud that my women’s team did it’, the DIG ATS is reported to have said. 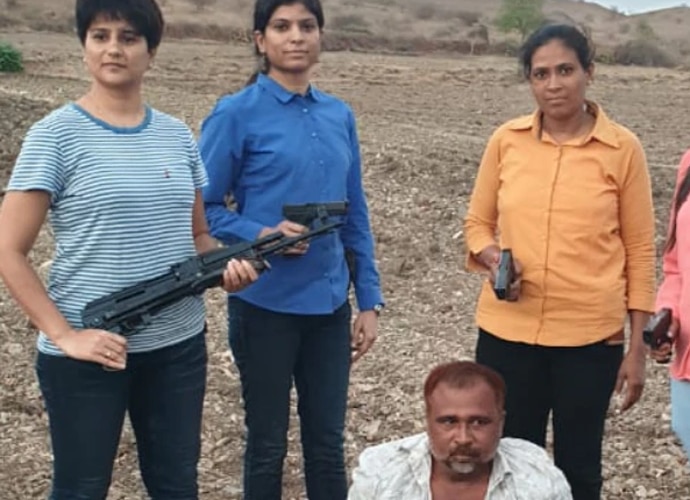 Real-life women warriors! The super-cops of Gujarat have pulled off an extraordinary feat. (Source: India Today)

Speaking of the operation, one of the women cops told reporters, "We crossed the hillock and remained in hiding till 4:30 AM, so that we could catch him after detecting his movement. We were carrying arms like AK 47s. The accused was known to fire upon police teams in the past."

In the wake of the incident, DGP Shivanand Jha issued a circular that women police officers and personnel should be given equal opportunities. Needless to say, these four brave and incredibly tough women deserve to be celebrated across the country for this extraordinary feat.

And thanks to them, we now have real-life Lady Singhams to look forward to! Kiss those days of coy women heroines goodbye. This is a new age. And it's taking a while to get here.

Also Read: New CBSE Result: A topper wants to be not an engineer or a doctor but a dancer. Are parents listening?