8 men rape pregnant goat in Haryana: Is it time we pack men off to Mars?

Men's mental perversion is getting worse at a pace which is faster than the laws being made to punish them, or for that matter, society's own awakening to the horrors men are apparently capable of wreacking.

Just when India had started witnessing more women come out to report sexual atrocities committed against them, eight men in a Haryana village have reportedly set an extraordinarily horrible benchmark by raping a seven-year-old goat. 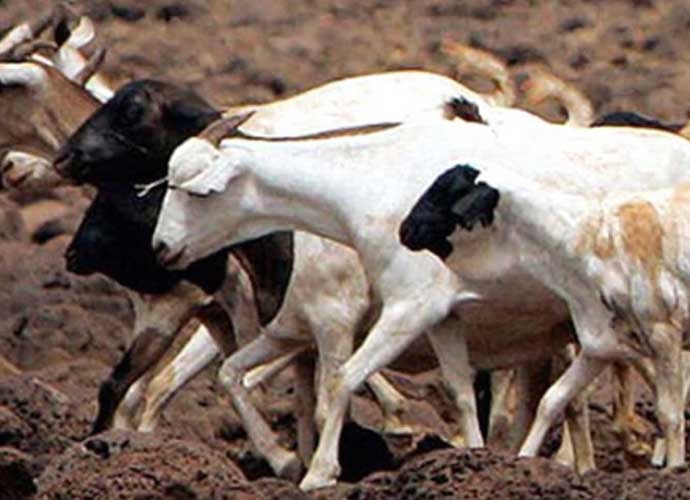 The goat that was raped suffered injuries to its brain and died. (Photo for representation: India Today)

The goat that was pregnant at the time of the crime reportedly died because of what it forced to undergo.

The autopsy has revealed that the goat died due to trauma. Dr Ramvir Bhardwaj, veterinary surgeon of animal husbandry, who conducted the post-mortem, told ThePrint: "There is semen-like discharge from the goat's vulva which proves that she was sexually assaulted by a human ... it is a clear case of bestiality."

The report found that the goat sustained severe bruises on its forehead and left eye, and died of trauma and brain injury, indicating that it was thrashed before being sexually abused.

The news came as India was coming to terms with a Tata Institute of Social Sciences social audit report submitted to the Bihar government which pointed to the reported sexual exploitation of young girls and women in shelter homes. As many as 34 girls were allegedly raped by men at a shelter home in Muzaffarpur. Similarly, several boys from shelter homes in Bhagalpur and Motihari reported sexual abuse.

Children at shelter homes delineated horrid tales of being drugged, locked up and raped.

What explains these monstrosities?

At the very least, men clearly do not know how to behave. Staying with such rapists and sexual perverts, present amongst us all, in every social community of every kind, poses a huge risk to women and children anywhere and everywhere.

It is thus time to pack the men off to Mars because they show no intent to improve. But sending these sexual perverts to Mars is technologically a bit tedious, also because they are so many of them lurking in offices, in trains, in buses, on flights and, more alarmingly, even in homes. The time for drastic action against rapists is now. (Source: Reuters)

So, for now, probably it is time men are allowed only to venture out only under the guardianship of women. Guarding women and their movements hasn't done much to stop rape. We must therefore start guarding men. Put them under constant vigil.

It is truly sad that it has come to this but we can't let children, women and animals become victims of rape like this.

The idea may sound funny but what men are doing when left unattended is scary and needs to stop. They have defied all norms of civilised behaviour and no deterrent seems effective enough to stop them.

Sensitising men and making them unlearn lessons they have internalised in toxic masculinity will take a couple of generations, which is, of course, if we begin right away. Can we afford to leave women (now, even animals) to the bestiality of men till then?

Men need to wake up.

Good men need to speak up.

This is a desperate situation.

That women, kids and animals get raped because men will be, well, men, is no longer tolerable.

Your silence and assertion that not all men are rapists is not helping. Clearly, something drastic needs to be done about men, so that all women, all children and all animals are safe.

Also read: Sexual abuse in Kerala church: NCW asking for ban on 'confessions' shows it is confused about 'causes of rape'