DailyOh! How Diego’s sex drive saved the world to what Afzal Guru knew about Davinder Singh

A good day or bad, can you think of going by it without using Google?

Hope you had a good day. If you didn’t, remember a day is just a day. It passes.

Now, whether it is a good day or a bad one, can you even think of getting through it without using Google, which as we all know, is now both a noun and a verb? But do you check out their doodles regularly?

Oh, you must. Doodle may literally mean 'scribbling absent-mindedly', but Google gives a lot of thought and care to creating doodles. And has gone as far as to change the way we look at doodles.

It’s 2020, and Google has been doodling - no it’s not a word yet - since 1998 when Google founders Larry Page and Sergey Brin took a vacation to the Burning Man Festival, an annual event at Nevada, in the US. The doodle they created had the festival's iconic stick man loitering behind the 'O'. Though simple, the doodle found a lot of love from Google users. 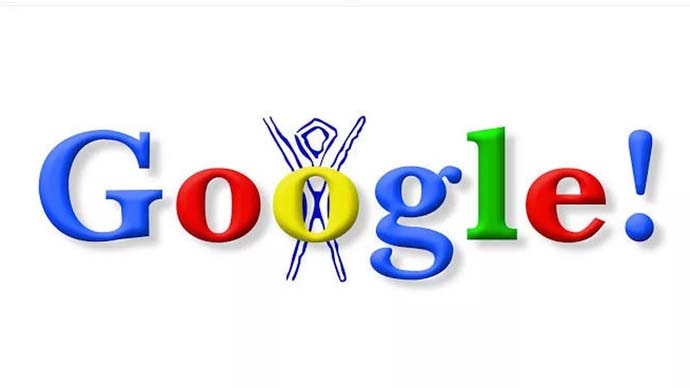 But we are bringing up the doodle today because it helped remind us that January 14 happened to be poet and lyricist Kaifi Azmi’s birthday. Ya, he is Shabana Azmi’s father too. Both are so accomplished in their respective domains that it is difficult for us to say who is known by whom.

But since it is Kaifi sahab’s birthday, let’s talk about him. Kaifi Azmi gave us immortal songs like Waqt Ne Kiya Kya Haseen Sitam in Kaagaz Ke Phool and Chalte Chalte in Pakeezah.

Did you know writing songs for Bollywood wasn’t Azmi’s first choice? He wanted to be a famous shayar. As a child, whenever he was scolded for not performing well during mushayaras, he would walk up to his mother crying and would say, “Dekhna, ek din main bahut bada shayar banunga.”

So what drove this shayar to penning songs for Bollywood? No, it is not a lesser calling: we just mean to tell you, it wasn’t his first calling in life.

Why did he take to Bollywood? You know what marriage does to people. You have a spouse and children and so added expenses – education, healthcare, holidays. Happens to us.

Happened to Kaifi sahab as well.

As expenses went up, he started writing for an Urdu newspaper at a monthly salary of Rs 150. Since this wasn’t enough, he began writing satires for another daily. But inflation as you know always walks ahead of our income, and then there are times it goes so far ahead that we need to stop using onions in our food. You could use chives, leeks and shallots as substitutes for onions in food but not all expenses can be substituted. Kaifi Azmi was faced with a similar situation, so he took to writing song lyrics. Thank god for his choice. We now have so many good songs (especially in our remix-overload days, when these REAL songs are what we regularly fall back on).

Kaifi Azmi’s hard work earned for him accolades nationwide. Many in his birthplace Azamgarh would tell you how proud they are to be known to hail from a place where Kaifi sahab was born. While Kaifi Azmi made Azamgarh famous, another son of the soil made the place infamous. That son happens to be a gangster and terrorist Abu Salem.

Did you know about Salem’s Bollywood connection? No, he wasn’t contributing creatively. Well, there's the Monica Bedi connection, but let's leave that for later (read more on that here). Anyway, Abu Salem is believed to be the man who supplied arms to actor Sanjay Dutt. Now, Salem denies these charges. When Dutt's biopic Sanju released, Salem threatened a defamation suit against Rajkumar Hirani and Co. saying that he never met or supplied arms to Dutt. Whether that is true or not, Salem was a member of the Dawood gang, called D Company, which carried out the Mumbai serial blasts in 1993.

We still get goosebumps thinking about what it would have been like to be in Mumbai that day. Sorry to bring you this tale while talking of the birthday of a celebrated artist.

So, from those hell-bent on ending the world, let’s get you the story of a tortoise who helped save it. Well, not the human world, but the tortoise world. Sorry, we forgot to tell you this saviour’s name. He is called Diego. Now, Diego is over 100 years old.

A member of Chelonoidis hoodensis, or the giant tortoise species, our Diego was was one of 15 tortoises in a captive breeding program on the island of Santa Cruz. Diego displayed an exceptional sex drive, which is believed to have helped save his species from extinction.

At 100, Diego is not out. We mean he can still mate. But since the species has been saved, Diego gets to retire.

Keep them off bamboos and they are just fine. Maybe not as fine as Diego, but fine nonetheless. It is always food over sex for the Giant Panda. (Photo: Wikimedia Commons)

But many aquatic creatures don't actually have intercourse at all, they just release eggs and sperm into the water and hope for the best. The strangest, however, is giraffe sex. Penetration lasts approximately one second. If you find that strange, here is something stranger: the male giraffe uses his head to whack a lady in the side, which prompts her to pee. He tastes the pee to see whether she's secreting ovulation hormones. If she is, he proceeds to have sex.

Come on now! Don’t go all yikes and all. It is natural.

But while we talk of Kaifi Azmi and Diego and his sex drive, let us not forget the country’s economy is going through hell. Today, the Indian rupee ended at 70.78 against the US dollar. On this otherwise dull Tuesday morning, you would have noticed 'rupee' was trending right on top of Twitter hashtags.

By the way, do you know what rupee means, literally? The word, which is your Word of the Day, has been derived from the Sanskrit word 'rupyakam'. Rupyakam means a silver coin. It was Sher Shah Suri who in 1540-45 AD issued coins in silver and copper in India.

The rupee symbol, ₹, is however fairly new. It was designed by academic and designer Udaya Kumar, and presented to the public by the government of India on July 15, 2010. The design came after the Indian finance ministry began a public competition to select a symbol for the rupee, on par with currencies like the dollar, euro and pound.

But let not the beautiful rupee symbol make you forget that the rupee and the entire economy is in trouble.

It’s not just the economy that is in trouble. As you must have heard, senior Jammu and Kashmir police officer Davinder Singh is in massive trouble too. The man was caught while trying to ferry two Hizbul Mujahideen terrorists. And more people could get in trouble when the investigation unfolds, because someone definitely tried to shield Singh.

Remember the 13/12 attacks? What's striking is that Davinder Singh was named by Afzal Guru for being involved in the conspiracy that led to the attack on the Parliament in December 2001. Seems like no one bothered to investigate these charges levelled by Afzal, who was hanged on February 9, 2013.

Afzal said Singh and other officers from the J&K police introduced him to Parliament attacker Mohammed. Singh reportedly asked Afzal to take Mohammed to Delhi and provide him with all the help he needed. Now, Davinder knew Afzal because he was reportedly the officer-in-charge when Afzal surrendered as a militant.

Afzal has been hanged. Whatever happens to Davinder Singh now, Afzal can’t be brought back if the investigation now shows he was acting on the instructions of a police officer.

That makes us wonder if capital punishments should be banned.

We leave you with that food for thought. But if you want something light to take your mind off this heaviness, there's Jamtara - Sabka Number Aayega streaming on Netflix (here's a review for you to decide if you want to spend your time on this series).