Whoever claims to have won an award called 'Living legend – True patriot'?

Grandmaster Shifuji Shaurya Bharadwaj is a little more than a weird name. This is a man with an immense amount of social media fame; although that fame is limited to certain circles. Just because you haven’t seen his photos or videos on your Facebook feed doesn’t mean that he isn’t famous enough to be causing damage.

Here's why: Shifuji Shaurya pretends to be an elite army officer. He always sports combat attire. His LinkedIn page claims that he is the brand ambassador of Madhya Pradesh and has supposedly won an international award called “Living legend – True patriot”.

In fact, according to Pune Mirror, Shifuji has spent 29 years in the military, training Hawk Commandos, Special Armed Forces, Counter Terrorist Group, Special Task Force and the Anti Terrorist Squad, and has been teaching women self-defence for the last 15 years. 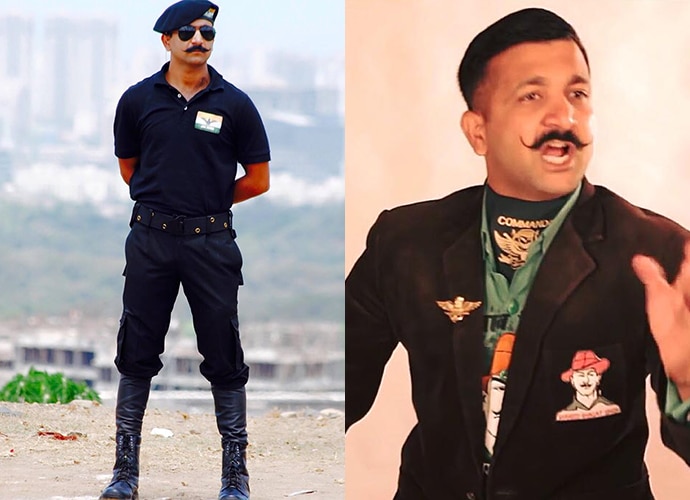 Who's Shifuji Shaurya and how has he been fooling everyone around that he's an ex-Armyman? [Photo: Facebook]

Basically, this man is the living embodiment of the Tinder bio of a nationalist guy trying too hard to please.

Yes. Just a cursory glance will tell you that the basic math doesn’t, at all, add up. 29 years in the Army and 15 years as a self-defence instructor adds to an astounding 44 years of work experience. But you need to take a look at the man and realise that for someone who may look like a fairly well-built 50-year-old, a 44 years of work experience may just be a tub full of cow faeces.

In an expose by The Lallantop, the different degrees of this fraudulent soldier's claims were brought forth and ripped apart, after which the "Grandmaster" temporarily took his website down and removed several videos from his YouTube channel.

Major Ashish Chaturvedi, president of the ex-servicemen federation of Uttar Pradesh, has filed a complaint against Shifuji for posting images and videos wearing the Army and special forces uniforms and for claiming to be an Army officer. 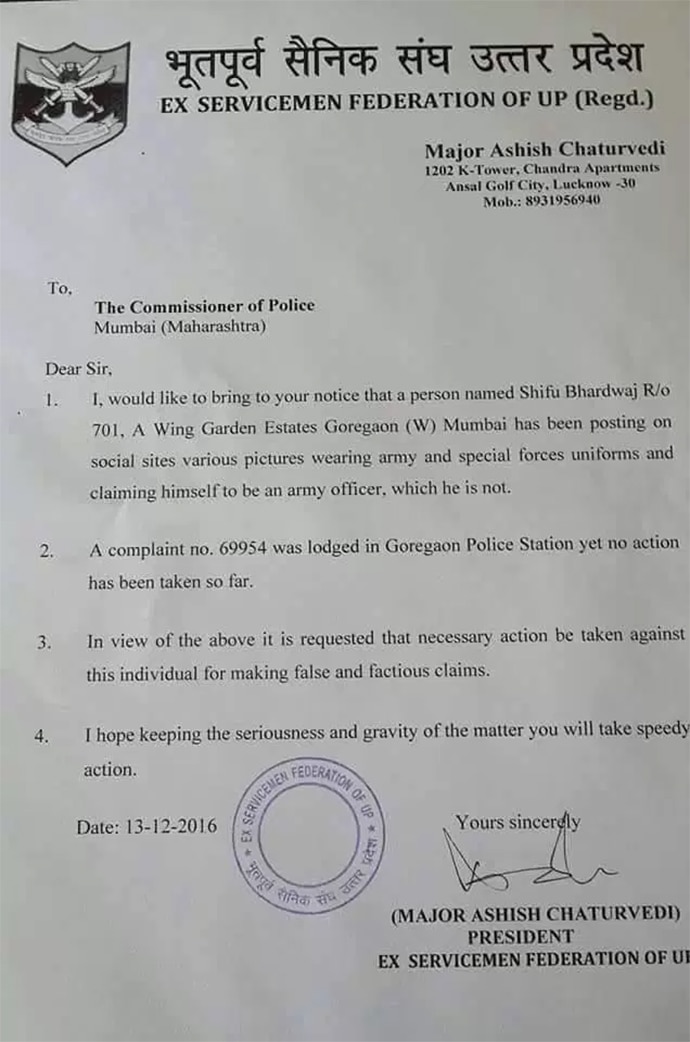 The "soldier" has, of course, retaliated. In this video, he says that he never claimed to be an army officer:

He lost no time in drawing the focus away from allegations against him and went on to talk about those who disrespect soldiers. Patriotism, after all, is the best way to diffuse any argument. To quote from AIB's demonetisation video, "Soldier ho gaya iska."