The movie checks most boxes in terms of factors that the West expects from the cinema it terms 'foreign'.

Each year the announcement of India's official submission to the Oscars in the Best International Feature Film category is accompanied by loud voices that invariably end up lamenting the choice for a multitude of reasons.

One significant explanation for the irate reactions probably has to do with the notion that the Film Federation of India (FFI), the body that picks the film to represent India, often disregards the films that have a better chance.

This year, the jury headed by much-celebrated actor-filmmaker Aparna Sen selected Zoya Akhtar's Gully Boy, and while the reactions haven't been as bad as they had been on a few occasions in the past, many believed that Kumbalangi Nights or Super Deluxe would probably have been better. 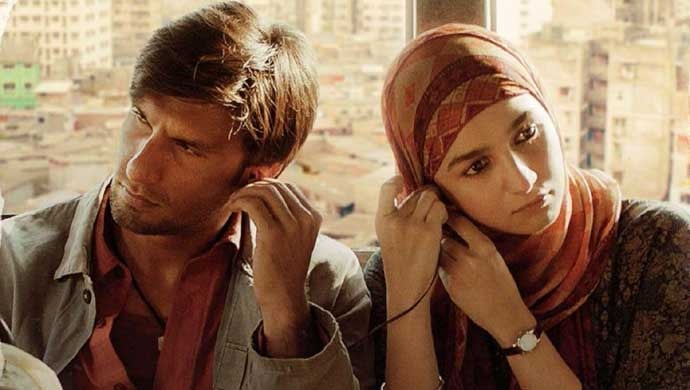 Arguments from both sides, such as Oscar-validation-is-not-important and how being 'visible' on such a stage would give Indian cinema a big boost et al notwithstanding, and keeping in mind that Gully Boy might not be the best choice, it's probably the smartest hand that India has played in years.

In 2013, the FFI came under fire for picking as India's submission the Gujarati movie, The Good Road, over other contenders that included The Lunchbox. The rationale for the outburst was that ever since it premiered at Cannes, The Lunchbox had been a darling on the festival circuit and a big studio, Sony Pictures Classic, backed it.

Had FFI selected The Lunchbox, the producers wouldn't have had to do much to convince the Oscar jury, which often becomes the biggest hurdle for entries from India. The Lunchbox had been a darling on the festival circuit but wasn't selected for the Oscars race. (Source: Reuters)

There are numerous factors at play when it comes to categories such as Best International Feature Film or best foreign films. Most of them have much to do with things beyond the film. These are categories where personalities and brands come into play, and some have even gone to the extent of saying that filmmakers that become a popular name across the festival circuit find it easy to make it to the shortlist.

In that context, Gully Boy has some edge thanks to its premiere at the Berlin Film Festival earlier this year. Unlike The Good Road, it might not be a completely unknown commodity to the jury members thanks to glowing endorsements in trade papers such as The Hollywood Reporter and Variety. The trajectory of the film's journey also rekindles the memories of Lagaan, which won the Audience Award at the Locarno Film Festival in 2001, which made it easy to make the cut at the 2002 Academy Awards. Lagaan winning the Audience Award at the Locarno Film Festival in 2001 made it easy for the film to make the cut at the 2002 Academy Awards.

The story of an aspiring rapper from a Mumbai slum also happens to be the kind of underdog tale reminiscent of Slumdog Millionaire, a film that struck Oscar gold and enshrined a certain image of India in the minds of Western jury members.

Irrespective of how one looks at it, the Oscars is a big stage that like all big platforms also needs audiences, and at times, it's not the best that wins but something that most find intriguing enough. Gully Boy has its fair share of problems, such as some part of its realism existing in a silo, but it checks most boxes in terms of factors what the West expects from the cinema that it terms 'foreign'. Sometimes, that's enough.

Also read: No, 'Gully Boy' is not a great film. Here’s why

#Ranveer Singh, #Academy Awards, #Oscars, #Gully boy
The views and opinions expressed in this article are those of the authors and do not necessarily reflect the official policy or position of DailyO.in or the India Today Group. The writers are solely responsible for any claims arising out of the contents of this article.