Gurmehar Kaur was trolled, bullied and threatened for participating in a non-violent protest against the ABVP. [Photo courtesy: India Today]

Time magazine has selected Gurmehar Kaur as one of its 10 Next Generation Leaders for 2017. Gurmehar, whom Time called a "free-speech warrior", is the only Indian on the list.

The international honour will thrust Gurmehar back in the limelight, where just a few months ago, she was subjected to much scrutiny, threats and bullying. 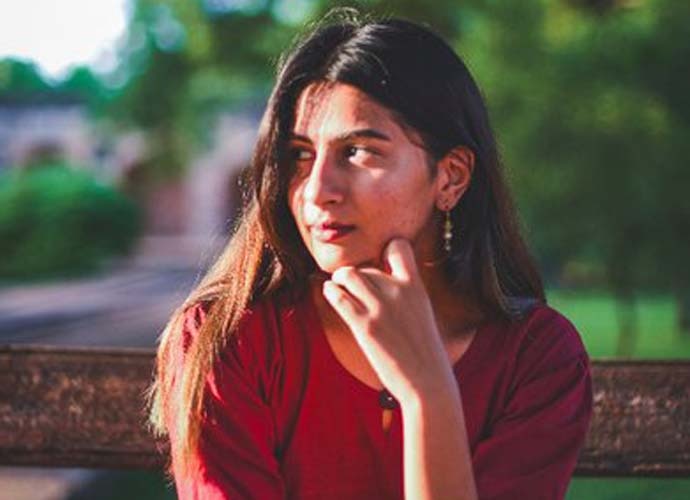 You can agree with Gurmehar's views on Pakistan and campus violence, you may not. You may think she is "free-speech warrior", a misled child, a sentimental idealist.

What one cannot deny is that Gurmehar Kaur had the right to express her views, which were neither derogatory nor inflammatory. That for expressing those views she was subjected to ridicule and heckling, apart from other very real threats, was most disturbing.

The harassment, and the 20-year-old's dignified and courageous response, is the reason why Gurmehar is important.

In February this year, Delhi University's Ramjas College erupted with activity. The Akhil Bharatiya Vidyarthi Parishad, a Rashtriya Swayamsevak Sangh affiliated students' body, objected to the invitations extended to JNU students Umar Khalid and Shehla Rashid for an event, and the event had to be called off.

A day later, students organised a protest march, but were attacked by ABVP. There were widespread protests against the ABVP and the police action on the marching students.

One of the many protesters was Gurmehar Kaur, who put up a picture of herself with a placard saying she was a student of Delhi University, and she was not afraid of the ABVP.

The ABVP, which is usually proud to be seen as a fearsome defender of Hindu culture, did not take kindly to this. Soon, another picture, from a year ago, was dug out. Gurmehar had participated in a campaign for peace with Pakistan.

In a series of placards, she had narrated how she hated all Muslims after her father, a soldier, was killed on duty. But her mother had explained to her that war, and not Pakistan, killed her father.

This one picture from the whole series was flashed across social media, and Gurmehar suddenly went from being a student activist to many other things - a young person "misguided" by the very dangerous Leftists, a desecrator of her father's memory, and, of course, an anti-national. She was ridiculed, abused, and threatened with rape and death.

Gurmehar's harassment gave many crucial pointers of how the Right views, and responds to, dissent in India, and how people don't stop to acquaint themselves with facts before forming opinions.

From all the hate thrown at her, Gurmehar seemed to have transgressed at multiple levels. First, she had spoken out against the ABVP's vandalism and hooliganism on a college campus, which had all been efforts at nation-building. She was revealed to actually advocate good relations with Pakistan, when hating Pakistan is a sacred national duty. The Right expects libtards, Muslims and sickulars to do such things. That a martyr's daughter harboured such views really drove the knife home.

She was threatened with rape, which is bullies' pet response against women who speak their minds.

Her protest had been against the ABVP alone. But the ruling BJP jumped into the fray, with Union ministers and elected legislators condemning her. Celebrities like Virender Sehwag and Randeep Hooda though jokes at her expense were funny. Yogeshwar Dutt likened her to Adolf Hitler. 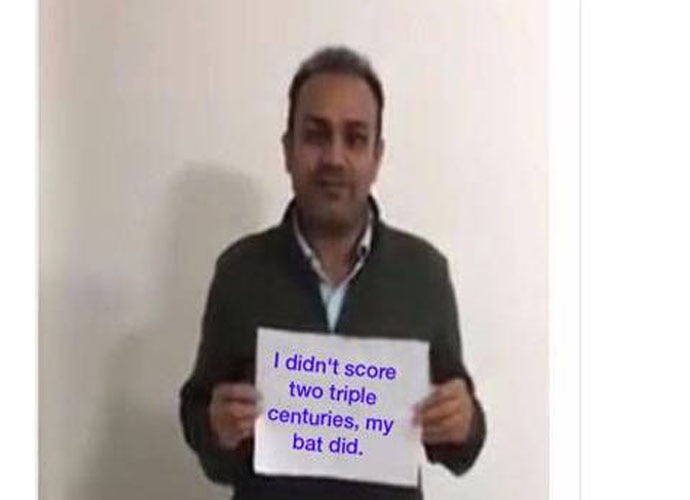 Virender Sehwag had tweeted this image of himself when the Gurmehar row was raging. Photo: India Today

Her statements had been against ideologies and groups. The attacks against her were intensely personal. The worshippers of seema par hamare jawan lost no time in claiming that Gurmehar's father was not killed in the Kargil war, but in a militant attack, that one kind of martyrdom was greater than another.

The response of one 20-year-old girl

The attacks turned uglier. Because the easiest way to discredit a woman is call into question her "character", a video was circulated, purportedly showing Gurmehar drinking and dancing. Her mother later said the video was fake. The threats kept coming, thick and fast. 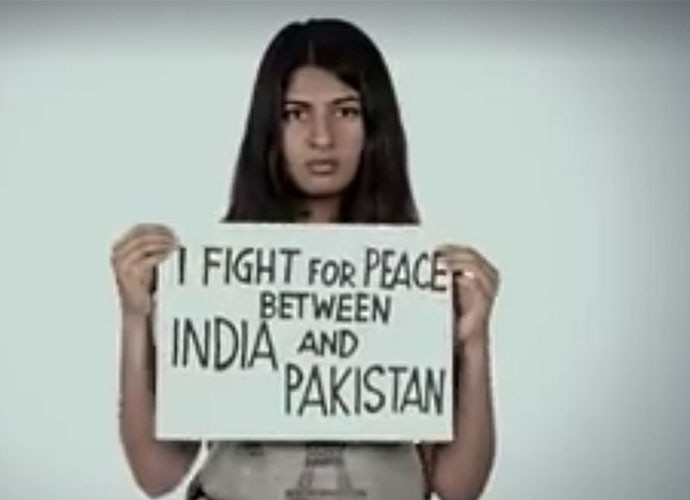 Gurmehar was harassed over one picture taken from a series of photos that told a story. Photo: India Today

To any woman, a rape threat from anyone is scary, apart from being disgusting. When the threats come from a group that enjoys the ruling government's patronage, and when leaders from that government denounce you and not condemn those making the threats, the danger is very real.

When your father's martyrdom, your beliefs and ideals, are held to scrutiny nationally, and most people seem to find you at fault - either a attention seeker or an anti-national - it is overwhelming. Gurmehar went home as the row raged, but hit back with a powerful post.

Her response, hard-hitting but dignified, did not take names, did not indulge in name-calling. But it made clear that Gurmehar would not give up her voice or her autonomy, that she was a martyr's daughter, but not "your martyr's daughter". She has since continued with her work, and will soon release her book, Small Acts Of Freedom.

Gurmehar Kaur is important because her experience shows the danger you can put yourself in by speaking out in the "new India". But she is also important because she shows that conviction is stronger that cacophony, and that the voice of one person can be louder, and more powerful, than the baying of a mob.